The way that shares sank on the recent re-election of China’s president was a market overreaction, An expert panel of China investors argues. 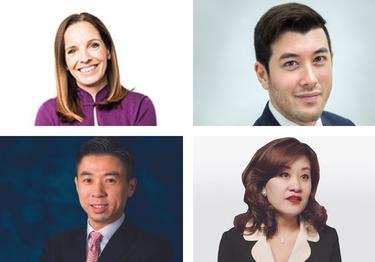 Funds Europe – In October, the 20th National Congress of the Chinese Communist Party was held. Xi Jinping, the country’s president, was seen to consolidate his power through a number of political appointments made at the event. If President Xi is tightening his grip on power, what does this mean for the economy?

Karine Hirn, East Capital – I was surprised by the market reaction to the 20th National Congress. For anybody who follows China and understands the country, it was hardly surprising that Xi Jinping would be re-elected and is moving to tighten his grip and that there would not be any economic reforms announced.

The Chinese government sees various challenges ahead: slowing economic growth, domestic headwinds notably in the real estate sector, and tensions with the US.

In the long term, having power in the few is not a good thing. But those close to Xi Jinping are not only extremely loyal but also very competent. Some come from regions that have experienced successful reforms. In the short term, that will be a positive thing – having such a strong, tight-knit group to make well-needed decisions.

What is clear is that China is at a crossroads, and decisions related to Covid policy and economic stimulus are needed. We do expect them to be made during the Central Economic Work Conference in December and during the “two sessions” (or Lianghui) annual meetings in March 2023.

Frank Tsui, Value Partners – To an extent, the market reaction was surprising. The market was initially disappointed because people were expecting measures like Zero Covid to be loosened. There has been a lack of clarity over the direction we’re heading in. But ‘development’ and ‘security’ were front and centre of Xi’s Work Report, so we’re unlikely to see reverses or changes to policy in the very near term.

That said, the market will be looking at the expansion of the China equity risk premium. Policy-loosening is still looking uncertain. That is one of the reasons why markets could overreact amid official news today that there could be some relaxation on policy.

From a valuation point of view, it’s very cheap when we’re looking at the whole MSCI China A-share index. It’s cheaper than in 2008. Prices have been reflecting nervous views about overall direction. Any pick-up on loosening will trigger a very positive effect on valuations, but I think right now, it’s very unclear where we’re heading.

Chris Chan, New Capital – Obviously, the mainland A-share market was down the day after the elections, but not as much as the Hang Seng, which speaks to the fact that foreign investors viewed events more negatively. There is the top-down issue, in terms of concentration of power, and the concern that the new leadership will not prioritise the economy as much as it was.

When you look at who was appointed, you’ve essentially got the chief of Shanghai there. Again, foreign investors associated him with the Shanghai lockdown and so extrapolated that severe approach to future national Covid policy. Clearly, that has been proved incorrect in November, with Covid policy evidently becoming less restrictive regarding mass testing and involving more targeted lockdowns.

The devil is in the detail. When you look at lockdowns in Shanghai, they started out trying to be quite progressive in their Covid approach, but then, of course the outbreak just swarmed them.

“When you look at who was appointed, you’ve essentially got the chief of Shanghai there. Again, foreign investors associated him with the Shanghai lockdown, and so extrapolated that severe approach to future national Covid policy. Clearly that has been proved incorrect.”

Shanghai, along with Shenzhen, can be held up as a success of the last 20 years in terms of innovation on the industrial side. So, having someone with that track record is a positive.

Xiaolin Chen, KraneShares – Yes, and I would echo Karine: the day after Xi Jinping announced his seven committee members, the market corrected 6% in Hong Kong and 2% in the mainland, particularly in the tech sector. On the same day, GDP released at 3.9%, while the market was expecting 3% or 3.5%.

If I can briefly share our read on CCP – I read Xi Jinping’s entire Work Report in Chinese. It has over 14,000 words and covered various topics that matter to investors. Xi delivered the report for over two hours and covered 15 sections, of which 11 touched based on economic policies, domestic policies, and international policies.

Similar to all investors, I was searching for key words that could impact capital markets. My reading was that this is a comprehensive, balanced and reassuring report.

For investors looking for Covid policy guidance in Xi’s report, we’d say this is the wrong place to look. We do believe more clarity and policy to be announced post-CCP.

I remain positive about China’s capital market and believe the new leadership could be positive to the overall delivery of market-friendly policies. China’s Economic Working Group is to meet in December, where they will set the economic outlook and policies before they announce concrete policies in NPC in March 2023. The potential for pro-growth policies is promising.