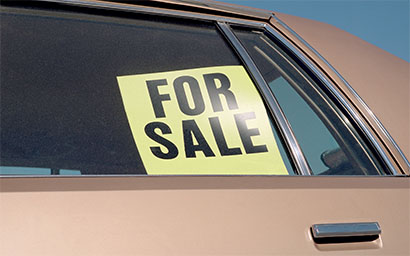 Inflation, it seems, is back. What’s causing it and how will central banks react? Lynn Strongin Dodds listens in on the conversation and asks how portfolios might adapt.

After keeping a low profile for several years, inflation is making a comeback. The big question is whether this is a temporary blip or a more permanent phenomenon – and, if it is the latter, will central banks start to hike interest rates?

The uncertainty, coupled with the new Covid variant, is weighing on markets. While it may be tempting to have a complete rethink of portfolios, the advice at present is to adopt a more discerning and proactive approach.

The current scenario is easy to explain. Analysts point to the easing of Covid-19 restrictions, spiralling energy and other commodity prices, and supply chain shortages. These are the main culprits, which combined have created the perfect inflation storm, leading to the eurozone inflation rate hitting a 13-year high of 4.1%.

Similar levels were seen in the UK for the first time in more than a decade – twice the central bank’s 2% target. Meanwhile, the US registered a 6.2% spike in its consumer prices index (CPI) – a figure not seen since 1990.

The consensus is that these numbers will be pared back over the next 12 months, although supply shortages may keep them higher than predicted.

“Noise and signals”
“There are two aspects of the inflation story: the noise, which is not permanent, and the signals, which could be structural,” says Hani Redha, global multi-asset portfolio manager at PineBridge Investments.

“The noise is driven by the distortions in the market such as higher commodity prices. But if you look at things such as iron orders, freight costs, coal and other leading indicators, they are declining rapidly.

“The signal part, though, which is due to labour shortages, could remain tight if the economy continues to be strong. I do think that it will fade over time but will not go back to pre-pandemic levels.”

Rupert Watson, head of asset allocation at investment consultants Mercer, says. “I will say with near certainty that European natural gas and US used car prices will come down, but it is not obvious that the pressure in the labour market will ease. Wages are a large proportion – around two-thirds – of total corporate costs, and if they continue to increase, inflation could remain higher for longer than people expect. However, that doesn’t mean we will return to the 1970s style of double-digit inflation.”

Unchanged rates
For now, all eyes are on the US Federal Reserve, which has been the most vocal central bank about hiking rates, gradually, and tapering its generous stimulus package.

The Bank of England, meanwhile, surprised markets by keeping its base rate unchanged at the historic low of 0.1% in November, while the European Central Bank has signalled it will not make a move for another year.

The other wild card is Covid-19, or the Omicron variant of it, which has roiled markets with its potential to derail the global economic recovery while prices remain high. Economists have warned that possible new restrictions on activity could derail plans to withdraw monetary stimulus and reinforce the same imbalances that have fuelled the current wave of surging consumer prices.

“The news about a new Covid variant has created a sharp risk-off move in anticipation of potential further disruptions to global trade and activity,” says Chris Iggo, chief investment officer for core investments at Axa Investment Managers. “It’s too early to judge, according to scientists [at the time of writing], whether the new variant detected in southern Africa will be able to evade current vaccines, but clearly this is the risk.”

He says that a new wave of lockdowns and falling activity “would clearly push bond yields even lower”. The point here is that even before Omicron surfaced, the gap between realised inflation and the level of bond yields “has never been higher”.

“Bond markets might be telling us not to worry about inflation and that it’s all transitory. However, even if inflation settles lower, consistent with central bank targets, bond yields are historically low. If you look to the 1950s when US consumer prices rose by more than 6% in a 12-month period, ten-year Treasury bond yields were above 7% at the same time.”

“On the strategic side, we would advise looking at assets that are more resilient to higher inflation. This doesn’t mean moving into index-linked bonds, but structuring the portfolio to withstand higher inflation.”

Bjoern Jesch, global head of multi-asset and solutions at Germany’s DWS – and the firm’s regional CIO in Europe, the Middle East and Africa – says it is important to consider all probabilities. “Inflation expectations can surprise investors either on the upside or the downside. So, what we will need is a strategy which performs in both of these directions. And this is just one example of what we are looking at: a long/short momentum strategy, which is able to create positive outcome on surprises on the upside, and on the downside.”

The first step would be to reduce bond risk and lower duration. In Germany, he says that with the ten-year Bund trading at minus 31 basis points, but forecast by DWS to deliver a plus of 20 basis points over the next 12 months, this spells an increase of around 50 basis points.

“These 50 basis points will bring a negative return to a portfolio of minus 3.4%,” adds Jesch.

The next step will depend on the different growth/inflation scenarios.

“In an environment with no growth and no inflation – which is clearly not our forecast – you probably only need treasuries and cash,” he says.

“When you have no growth and [do have] inflation, you probably need inflation linkers like TIPS [Treasury Inflation-Protected Securities] or gold as the main protection.

And credit?
Many fund managers would also put credit on the buy list, albeit with a discerning eye. “Yields are unlikely to move higher in a straight line, and actively managing duration, yield curves, inflation and cross-market spreads can deliver much better returns when markets are going through a valuation adjustment,” says Iggo.

He thinks that there are good opportunities in most credit asset classes. “Credit spreads only really widen when there is a growth or other systemic shock and at the moment, the fundamentals remain good.”

Analysts at Invesco’s fixed income team also advise looking at the credit markets on a relative-value basis. They highlight subordinated bank paper as an attractive short-term play because it has shorter call dates and higher reset interest rates.

They note: “We are in a period when banks can raise capital on good terms. It is easy to imagine that conditions will not be so favourable to these issuers at call dates several years from now. They may then be tempted to avoid calling their bonds, leaving investors holding relatively unattractive securities.”

As for equities, Guillaume Paillat, multi-asset portfolio manager at Aviva Investors, believes that as above-trend growth is expected next year, strength in company earnings should more than offset potential compression in valuations and generate good equity performance.

“The focus should be on companies that can pass on cost pressures, for example European energy companies that should benefit from the reopening whilst navigating the transition to a net-zero environment,” he says. “The US healthcare sector is also a favourite, providing quality companies with reduced sensitivity to inflation and higher interest rates, and also offering protection should economic growth surprise on the downside.“

Commodities are also seen as attractive alternatives given their inflation-hedging potential, although the historical evidence suggests returns are likely to be more modest in comparison, according to Sean Markowicz, a strategist at Schroders.

Gold could also offer protection, given its safe-haven status, because it tends to appreciate in times of economic uncertainty.

“It is a tactical investment as lower real rates reduce the opportunity cost of owning a zero-yielding asset such as gold,” Markowicz adds.

Real assets are another sweet spot, according to John Bilton, head of global multi-asset strategy at JP Morgan Asset Management.

He notes that mainstream stocks and bonds offer investors little opportunity but “those who are willing to expand opportunity sets and embrace sources of risk premia beyond traditional assets can still find ample sources of alpha to generate robust and efficient portfolio returns, even as public market return expectations remain muted”.

To this end, analysts at the firm see strong income streams emanating from real estate, infrastructure and transportation assets, which would offset compressed yields.