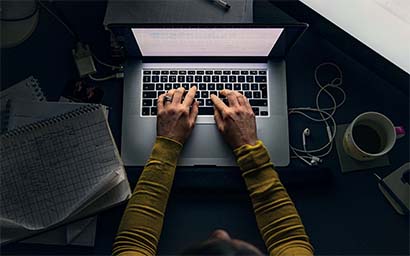 In the wake of the Covid-19 emergency, US ETF managers are launching funds that tap into the working-from-home phenomenon. The question is, will these ETFs outlive the pandemic? Peter Taberner reports.

In June last year, New York-based Direxion launched the first ETF linked to the working-from-home (WFH) theme. It is designed to provide investors with exposure to companies at the forefront of the transition towards flexible work patterns.

Three months later, BlackRock unveiled its own Virtual Work and Life ETF, where the investment objective is to track the investment results of companies that design products and services centred on employees working from home. Similarly, asset manager Emles, another New York-based company, designed its own @Home ETF, also identifying companies that will benefit from the new culture of increased home-based working.

For its ETF, Direxion utilises the Solactive Remote Work Index. This incorporates four main sectors within the WFH theme:

Overall, Direxion believes at the narrow industry level, more than 60% of the WFH market is from application and systems software.

At Emles, vice-president of portfolio management Eric Qian says the firm’s @Home theme is, in many ways, a theme of themes. At the onset of the pandemic, names such as the fitness company Peloton realised promising sales into millions of homes, until fitness enthusiasts started to return to gyms.

Promising names in remote medicine and virtual education, such as Teladoc and TAL Education, initially sold products to be used in homes, but when society eventually reopened, patients and students went back to their clinics and classrooms.

More recently, the so-called ‘Great Resignation’ – the predicted wave of job changes following lockdown burnout and a rise in vacancies, which Emles refers to as “the Labour Reckoning” – has turned over millions of roles throughout the pandemic. Names such as consultants Korn Ferry, social media site LinkedIn, software vendor Workday and payroll services company Paychex are at the forefront, says Qian, “facilitating labour impact at scale”.

He adds: “Accordingly, the Emles @Home ETF divested out of themes such as remote medicine and virtual education, to fund themes such as the Labour Reckoning.”

Todd Rosenbluth, the head of ETF and mutual fund research at CFRA, says early beneficiaries of lockdown were companies that provided individuals and corporations with communications, cloud and cyber-security technologies to work remotely, and services to partake in a more physical world, such as home exercising.

Yet both ETFs have suffered significant recent falls in value following the worrying discovery of the Omicron variant, which damaged market sentiment across the board and has now been found in the US.

Scientists are concerned that the new variant’s 50 or so spike protein mutations may make it more transmissible than other variants, considerably altering the course of the pandemic. If it keeps the WFH culture firmly in place in the short to medium term, though, it might bode well for the two ETFs.

Covid-19 case numbers have been high in the US, according to the World Health Organisation, reaching just over 158,000 infections on November 25. Stay-at-home work requirements have remained only a recommendation under Joe Biden’s administration.

So far, the evidence from South Africa, where Omicron was first found, is that there has been an exponential rise in cases, suggesting a far more transmissible variant is circulating.

Successful vaccination rollouts are the main line of defence, alongside restrictions designed to contain any potential wave of Omicron infections. Figures from Our World in Data show that just over 58% of the US population has been fully vaccinated, a relatively low figure when compared to the UK, France, Italy, Japan and China.

Opinions differ at the time of writing over the efficacy of current vaccines against Omicron. Moderna chief executive Stéphane Bancel has speculated that there will be a “material drop” in their effectiveness when it comes to combating the new strain.

However, Oxford University has said there is no evidence to suggest that the current crop of vaccines cannot handle Omicron, in the same way that they have managed other mutations.

Direxion head of product Dave Mazza says that regardless of Covid-19’s direction, the Direxion ETF is well positioned to perform positively. The fund has focused on long-term corporate trends, with the ETF offering exposure to companies across the four pillars listed earlier in this article.

“This allows investors to gain exposure to those companies that stand to benefit from an increasingly flexible work environment,” says Mazza.

Companies are selected for inclusion in the index by ARTIS, a proprietary natural-language processing algorithm, which uses key words to evaluate large volumes of publicly available information, such as annual reports, business descriptions and financial news.

Qian at Emles believes that the rising number of cases and the reintroduction of travel restrictions will favour ETFs from managers that prioritise thematic relevancy and the quality of their fund constituents.

Long-term visions
So, what will happen to working from home in the longer run, given that over time, most scientists concur that Covid-19 will naturally become less of a threat?

Alongside vaccinations, which can be tweaked to match new variants such as Omicron, the number of treatments to fight Covid-19 is increasing./p>

Medical advancements include sotrovimab, a monoclonal antibody created in the lab and administered via an infusion.

Oral antiviral treatments have also been developed, such as Merck’s drug molnupiravir, recently approved by the US Food and Drug Administration (FDA). Trials concluded that it reduced hospitalisations by 30% in those with mild to moderate symptoms.

Medical considerations aside, the fact that most research suggests employees would prefer to stick with the home office appears to be good news for WFH ETFs. At the very least, it is reasonable to suggest that more hybrid work patterns will be introduced.

PwC’s remote work study, compiled in January 2021, found that 83% of employer respondents said that working from home had been a success. Fewer than one in five executives said they wanted to return to office life, at least as it was pre-pandemic. The rest of them are debating what the office’s role should be, with just 13% willing to let go of the office for good.

Overall, the indicators are that work-from-home ETFs have an investment longevity, beyond the point that Covid-19 ceases to be significant threat.

Jeffrey Spiegel, the US head of BlackRock megatrend, international and sector ETFs, says that even before the pandemic, virtual lifestyles were being adopted. The pandemic has spurred companies to transition their applications to the cloud and encouraged virtual lifestyles in areas such as fitness, health and education.

“We see an attractive long-term opportunity in the companies transforming the way we work and live. As companies shift to hybrid work arrangements, virtual lifestyles will become a mainstay and a meaningful uptake, especially in countries where internet adoption is still low, which will contribute to a sustained rise in this category,” says Spiegel.

Europe bound?
So far, ETFs tracking the WFH theme have been a US phenomenon. We have yet to see whether European-domiciled ETFs will come up with similar investment opportunities.

CFRA’s Rosenbluth predicts that the supply of thematic ETFs in Europe has been growing, and if remote working remains as common as it is now, ETFs that provide exposure to this new theme are likely to emerge.

However, Qian of Emles says that successful thematic ETF launches are typically timed against real-world catalysts, meaning they precede the height of a thematic investment opportunity.

“Today, the chance of work-from-home products launching in Europe remains largely contingent on regional investor demand, and the magnitude of factors keeping European corporate workers from returning to the office,” he adds.

As we head into the festive season, Covid-19 is here to stay. The likelihood is that working-from-home ETF investment opportunities will also be around for some time.