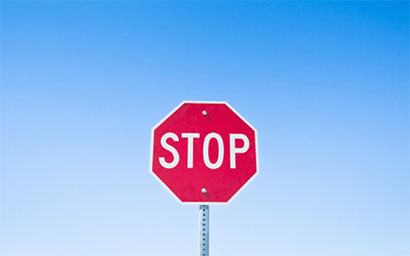 The industry may have been “delighted” by the recent postponement of new settlement rules, but it still has to get to grips with the prospect of fines for failed trades. David Whitehouse reports.

The EU’s postponement of plans to implement mandatory buy-ins for failed trades leaves fund managers still facing uncertainty as to whether settlement costs will rise.

Mandatory buy-ins were scheduled to come into force as part of the Settlement Discipline Regime (SDR) on February 1, 2022. The postponement and review announced on November 25 drew a warm response. The International Securities Lending Association said it was “delighted”, while the Association for Financial Markets in Europe (AFME) said it “strongly welcomes” the announcement.

The International Capital Market Association (ICMA) pointed to its rules on buy-ins as offering “an effective and accessible contractual remedy for settlement fails” in international bond markets while the review is carried out.

The SDR is part of the Central Securities Depositaries Regulation (CSDR), which aims to improve security of settlement and create a level playing field for the industry in the EU.

A group of 16 trade associations including the AFME and the International Swaps and Derivatives Association (ISDA) had written to the EU Commission in July, seeking to block mandatory buy-ins.

The proposed rules, the associations argued, would reduce market liquidity, raise costs for issuers and investors, and put EU financial institutions at a competitive disadvantage. Mandatory buy-ins would require major technology and operational changes, as well as a large-scale global contractual repapering exercise, the letter said. There would be “a particularly adverse impact on smaller market participants, including corporates trying to access capital markets on a less regular basis, like SMEs”.

Alex Dockx, an executive director at JP Morgan’s securities services business, said mandatory buy-in had “real potential” to impact market liquidity, especially in stressed circumstances, and the ability for the market to trade in European securities at attractive rates.

He also said there would be a “huge burden for investors to enforce buy-ins”, and so the decision to decouple buy-ins and review the regime was “a very positive development for European financial markets”.

Brexit complications
Other proposed SDR rules are still due to come into force on February 1. This leaves open the possibility that different regulations will be in operation in the EU and the UK. Transactions that settle via EU central securities depositaries – the CSDs – will have to adhere to SDR rules, regardless of where the counterparties to the transaction are located. However, the UK Treasury said that it will not implement SDR, so UK firms will continue to apply the existing framework.

It is likely that the UK will bring legislative changes on settlement at some point, “but there is little detail on this so far,” says Valentin Chantereau, Head of legal services division at of compliance services provider Zeidler in Paris. Until such detail is available, he says, “some level of divergence will persist between the UK and EU settlement regimes to the extent that the latter will be stricter than the former”.

The EU, however, is likely to try to avoid anything that opens a substantive gap with the UK. Jean-Pierre Gomez, head of regulatory and public affairs at Societe Generale Securities Services (SGSS) in Luxembourg, notes that the UK already has penalties for failed trades. The EU doesn’t want to close the door to the UK’s financial expertise and its “very strong” asset management industry, he says. “The EU can’t disregard a partner like the British.”

Knock-on effect
Fund managers in general are on the whole “not yet ready” for the package, says Paola Deantoni, public affairs officer at SGSS in Milan. Some managers were too late to participate in discussions on the subject, she says. The “missing part”, Deantoni says, is discussions over implementation with EU regulators in each country. “A good dish needs all the ingredients.”

Fund managers are likely to respond to the uncertainty with a mixture of outsourcing their clearing and settlement to an asset servicing firm on the one hand, and investing in their internal systems on the other, Zeidler’s Chantereau says. Historically, there has been heavy reliance on custodians, broker-dealers and other asset servicing firms for settlement issues. Going forward, when fined by a CSD, those firms will seek to reject their responsibility wherever possible, Chantereau argues. He points to some settlement processes that still rely in part on manual adjustments as being a cause for operational risk.

Fund managers need to liaise with their asset servicing providers to establish strong operational processes for trade fails, and agree on procedures in case a third party is responsible, he says. Asset managers also need to invest in internal systems to reduce or monitor the number of trades prone to settlement risk, such as short selling or repo and stock-lending transactions, he adds.

Many asset managers have been ignoring CSDR so far or at least presuming that only their global custodian and brokers need to worry about it, Chantereau says. But SDR implementation means that “the cost impact on asset managers is real”.

Overall settlement costs will be “increasingly unpredictable, and liquidity may dry up for certain instruments”, Chantereau says. He points to research from the ICMA that argues bid-offer spreads of all bond sub-classes are expected to more than double, with the largest impact being on emerging markets, high yield and illiquid investment grade corporate bonds.

Automation the winner
Many larger buy-side firms are opting to outsource their middle and back-office functions, driven mainly by the need to mitigate their costs, says Matt Johnson, director of digital platform management and industry relations at Depository Trust & Clearing Corporation (DTCC) in London. He says that the forthcoming regulation provides additional incentive for this process, and also that a number of pension funds have put dedicated teams in place to manage SDR implementation, but he adds: “There are still a number of small buy-side firms in Europe that are behind in their preparations – worryingly, these firms may not have sufficient time left to prepare appropriately.”

Cash penalties for settlement fails are unlikely to have an impact on liquidity, Johnson says. He cites the fact that liquidity in European securities was unaffected by the implementation of T+2 settlement cycles in 2014, which was mandated as a result of CSDR.

Automation, he says, is likely to be the long-term winner from the regulatory overhaul. “We expect that the threat of penalties for late settlement will create a more efficient marketplace, as the rules will require greater automation in post-trade operations,” Johnson adds. “One of the main reasons the industry is supportive of the settlement discipline is that it will be a driver for post-trade automation.”