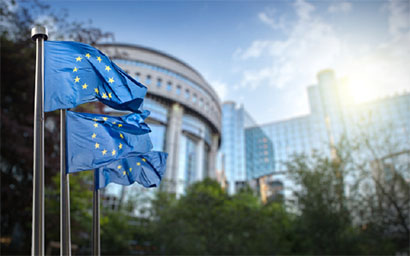 Possibly the last act of the year to interest European fund associations was the proposed changes to the EU fund regime that would revise existing rules around alternative investments.

On November 25, the European Commission announced a number of proposals for its ambition to create a Capital Markets Union (CMU), the hoped-for single market for frictionless capital flows including investments.

Within the proposals are revisions to the Alternative Investment Fund Managers Directive (AIFMD), including the harmonising of this set of rules with those in the more retail-investor-focused Ucits Directive. It is likely that harmonisation will see closer liquidity and reporting requirements between Ucits and AIFMD.

Thomas Richter, CEO of German fund association the BVI, said the group “welcomed the approach that a toolbox should be available for liquidity management and that asset managers should be required to select at least one tool for each fund”. He added that there could be a reduced operational burden for both asset managers and authorities from the Commission’s proposals for reporting requirements.

A revised AIFMD would also harmonise the rules related to funds that give loans to companies. The Commission intends this to facilitate lending to the real economy, while also protecting investors and guarding against financial instability.

Pat Lardner, the CEO of Irish Funds, said the trade body “supports the stated ambition for a harmonised approach around loan origination funds and the availability of liquidity management tools applied consistently across the EU.

The Commission also sought to clarify the rules around human and technical substance requirements under the AIFMD that relate to delegation, where managers delegate a significant amount of portfolio or risk management functions outside of the EU.

Irish Funds recently published a position paper on delegation, detailing the perceived benefits and arguing that a fundamental legislative change was not required.

Richter added that the Commission had shown a sense of proportion to do with the outsourcing of certain services.

Less liquid assets
There was also good news for supporters of the European Long-Term Investment Fund (Eltif), a fund structure aimed at boosting investments in less liquid assets, which has been dogged by a low take-up from the industry. The review of the Eltif Regulation aims primarily to increase the uptake of the vehicle across the EU. It is intended to make the Eltif available to wider retail investors by removing a €10,000 minimum investment threshold and aligning rules with investor protection standards within the existing MiFID II framework.

Changes, if passed, include increasing the scope of eligible assets and investments for the Eltif and introducing more flexibility in fund rules that would allow fund-of-fund strategies to be employed by Eltif managers.

The European Fund and Asset Management Association (EFama) has campaigned against what it sees as a “market failure” in the proprietary market data space with the presence of “onerous and complex license agreements”. Efama said the Commission recognised this with a proposal to make market data guidelines become legal obligations – but warned that the Commission’s action would not address the “problem of ever-increasing prices charged by exchanges”.

Susan Yavari, Efama regulatory policy adviser, said: “Even with a consolidated tape, the issue of excessive data costs for asset managers remains. A not-improbable scenario would have asset managers facing even greater costs with the current proposal by paying for a CT alongside costly proprietary data feeds for which the CT is not a substitute.”