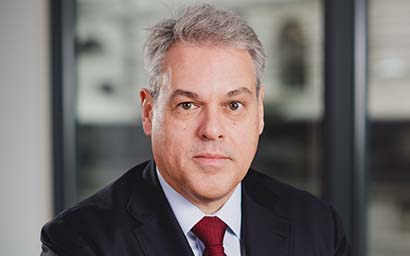 The UK needs its own fund structure post-Brexit. Despite the prestige enjoyed by London for its heavyweight status in financial services, the City’s success has not been the fillip it ought to be in the regions.

We believe a UK fund structure, to rival Luxembourg and Ireland-domiciled Ucits and AIFs, would be a positive first step in ensuring prosperity and opportunity is dispersed more evenly across the country. If successful, this could deliver a raft of new jobs to the UK’s funds industry and facilitate the onshoring of more asset servicing roles that have traditionally, and understandably, preferred what Ireland and Luxembourg could offer.

Furthermore, a new fund structure will provide investors – retail and institutional alike – with more choice, thereby allowing competition to thrive. This should be central to our ambitions.

Several leading fund administrators already have thriving offices across several regional UK cities, including Birmingham, Bournemouth, Belfast, Glasgow, and Liverpool. Extending the UK footprint of the asset management industry would extend this further still from affluent regional cities to nearby towns, which are among the country’s most depressed areas.

As part of the government’s ‘levelling-up’ agenda, financial institutions could potentially be incentivised to invest in much-needed infrastructure and education in especially deprived parts of the UK to help promote long-term economic regeneration. Strategic tax incentives can also play a role. This might include exemptions for non-UK investors from paying UK tax on investments, something which could stimulate foreign investment in the UK’s asset management firms and promote further employment in the financial services industry – particularly outside of London.

While the dust is yet to settle on the future of the City office, the cost benefits of the regions have long been plain to see. There is both high-quality office space and an abundance of talent beyond the M25, for a decidedly lower price, and some of the largest global banks are already benefitting from this, from Deutsche Bank in Birmingham to JP Morgan in Bournemouth.

Asset managers will have their part to play too. If this structure is to gain traction, then retail and institutional investors currently invested in Ucits should be given the opportunity to convert their holdings to a new UK fund structure. Managers should make switching as easy as possible – e.g., early converters could receive fee discounts.

By no means will this new regime necessitate a great overhaul. We anticipate the new structure will incorporate much of what we know and love today, such as the investor protections presently enshrined under Ucits and AIFMD. However, there are some aspects of these regimes that merit improvement. For one, some of the prescriptive liquidity arrangements mandated under Ucits do need tightening, as highlighted by the FCA following the Woodford episode in 2019. Such reforms could help promote the UK as a leading centre for investor protection.

We would encourage the government to engage with us on further proposals on this issue. We are committed to facilitating conversations between industry and regional economic bodies to help support the development of the funds’ ecosystem outside of London. As we all take stock of the year, it appears such a shift may come sooner than we might have expected.