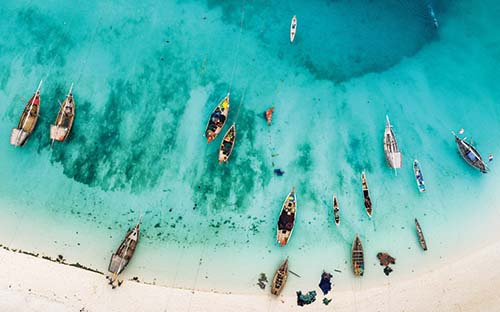 Many factors affect the emerging markets, including the 2020 US presidential election. Alex Rolandi canvasses opinion about bonds and equities.

Since the US Federal Reserve cut interest rates in July for the first time in a decade, redemptions from emerging markets equity funds have been slowing, while bond funds have ebbed and flowed. Following two more cuts, and after five months in the red, emerging market equity funds finally saw a relative trickle of positive flows again in October: $12.3 million (€11.1 million) globally, according to data from Morningstar.

Emerging market bonds funds saw a strong 16 months up until April 2018. More recently, in August 2019 they suffered outflows of $2.9 billion. Then, in September, there was another turnaround as $4.3 billion was invested, followed by just over $2 billion in October.

Despite this tentative turning of the tides for both asset classes, emerging market growth is strongly linked to the uncertainties defining our times.

Investor appetite for emerging markets is cyclical, with sentiment influenced by trade issues between the US and China as well as future GDP growth expectations, as many countries have export economies, says Kruger.

However, central banks in emerging market countries have generally been more prone to lowering rates this year against a backdrop of slowing economic growth expectations, declining inflationary pressures and easing monetary policy in developed countries. This makes some managers positive.

Chetan Sehgal, a portfolio management director at Franklin Templeton, believes the trend is set to continue with rate cuts in various markets such as India, Brazil, Russia and Mexico.

“Coupled with improving earnings expectations and relatively undemanding valuations and dividend yields, we believe the outlook for EM equities remains attractive,” he says. “We expect overall corporate earnings to strengthen in 2020 as upturns in some parts of the technology sector offer support.”

But for Maarten-Jan Bakkum, senior emerging markets strategist at NN Investment Partners (NNIP), the emerging markets’ growth outlook for the next few years is bleak for both bonds and equities. His not-so-optimistic forecast is due to limited growth coming from demographic drivers and from China, as well as negative growth due to higher levels of protectionism.

“Global interest rates remain low enough to sustain yield-searching portfolio flows to EM debt, but these positive capital flows are unlikely to compensate for the expected slowdown in foreign direct investments to EM,” he says.

A decade of underperformance for emerging markets equities should create room for better performance in the future – “but if growth remains as weak as we think it will, it remains hard to make a convincing investment case.”

And though EM debt looks better at first sight, with local currency bond yields at 5%, the risk-reward is challenging, particularly given the increasing political risk, he says.

Taking to the streets
One risk that is not being priced in, according to Gustavo Medeiros, a fixed income portfolio manager at Ashmore Group, is inequality.

Not only was inequality the root cause of the 2008 mortgage debt crisis, Medeiros says, but it is also a driving force behind demonstrations in many emerging markets countries, from Beirut to Santiago.

In Lebanon, for example, where people have been taking to the streets since October, bond prices are at 30% year-to-date following a mass sell-off, while the index is up around 12%, according to Medeiros.

If US, Chinese or European growth plummets, emerging markets will suffer. But even if the US economy grows at a better rate compared to the rest of the world and the Fed looks to raise rates, it won’t bode well for emerging markets assets, either, says Sergey Dergachev, lead emerging markets debt manager at Union Investments.

A lot depends on the path of the US dollar. “This year it has not been that volatile, but a key risk will be strong and quick US dollar appreciation and the risk of more renminbi depreciation and its second-round effect for emerging markets currencies,” he says.

Bakkum at NNIP says: “EM currency risk remains high, due to the difficult global trade outlook and the depreciation trend of the Chinese renminbi. Trade uncertainty remains and protectionism is likely to affect growth in EM in the coming years.”

For Morningstar’s Kruger, there are competitive advantages in several technology and consumer-related companies. According to him, they have the potential to extend their market positions even in a challenging environment.

Franklin Templeton’s Sehgal is of a similar mind. “Technology is expected to become a key driver of global growth, especially in emerging markets where companies have been using innovation and technology to leapfrog and disrupt traditional business models,” he says.

Medeiros describes emerging markets as “like small ships navigating this sea of liquidity, which is mainly driven by the reserve currency of the world”.

And with the European Central Bank already at what he calls a reverse rate, any more interest rate cuts could also have unintended consequences.

Country selection
Choosing which emerging market and which sector to invest in is key. Dergachev says: “This year we had positive support from monetary policy feedback, but there are many geopolitical hotspots like Hong Kong, Latin America (Chile, Ecuador, Bolivia, etc). It will be crucial to determine where country-specific risks will either ebb down or where there is potential that they will critically affect institutions and a country’s credit metrics. So, careful country and corporate selection will matter a lot.”

One country Medeiros cites for opportunities for those who can stomach them is Argentina, where bonds are trading at around 45 cents to the dollar. Assets are relatively cheap there, and there is the prospect of a strong rebound from the perspectives of both bond prices and economic growth.

“If [incoming president] Alberto Fernandez proves to be more pragmatic, increases taxation of the market, closes the primary deficit of their fiscal account so it becomes a primary surplus, Argentina could reprofile its debt,” he says.

Polina Kurdyavko, senior portfolio manager and head of emerging market debt at BlueBay Asset Management, also sees opportunity in Argentina where other investors might shy away.

“The recent uptick in volatility has created a good entry point and even in Argentine assets, we believe that the market reaction is overdone,” she says.

“The value trade remains in foreign exchange and higher-yielding hard-currency bonds, but for this trade to perform, there needs to be less concern over a global recession. Mainstream EM countries with positive reform momentum will be rewarded,” she says.

Whatever unfolds in the geopolitical landscape, next year is going to be crucial for emerging markets investors, both in equities and debt, thanks to factors like the US election.

One thing investors can be sure of is that this uncertainty is not going away any time soon, especially when it comes to the US and Chinese diplomatic squabbles. It is a recurring theme that crops up again and again.

Any escalation in the US-China trade war, says Medeiros, and all bets are off.