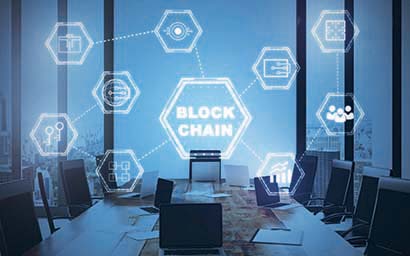 The mid-Atlantic accent with a French lilt makes it tricky to place him in some respects, but there is no doubting Matt Duncan’s enthusiasm for technology and its potential to transform the asset management industry he has been involved in for 28 years.

Paris-based Ostrum Asset Management claims to be the first asset manager to have transacted one of its funds in an entirely blockchain-enabled circuit. The experiment, carried out in the summer of 2017, was “the proof of concept to do live trades”, says Duncan.

“We believe we are the first firm ever to have done a trade this way,” he adds.

“We want to be early to it and that is why we have taken a lead within the industry.”

Unlike the dummy tests that have been carried out by some other firms, Ostrum’s trial run, he says, involved “real money, real investors and live pricing, and was not just some demo thing”.

The experience gained was invaluable, says the ebullient 53-year-old. Ostrum now plans to use a commercial product after it is launched early next year by Funds DLT, a subsidiary company of Luxembourg Stock Exchange.

“We intend to participate and to progressively transfer our funds to that platform,” says Duncan. “We think that this will have an enormous and revolutionary impact on funds distribution. We have a lot of conviction about this and we think this is a major thing which is going to be happening.

“From the commercial implementation of this technology, we want to start putting our funds on that platform as soon as possible.”

Duncan says the key benefits of moving to the new technology – which he describes as “a disintermediation mechanism of trusted third parties” – will be lower costs, higher speed and transparency.

During last year’s trial run, the amount of time saved was dramatic: 90 minutes to complete a trade rather than the usual three days. 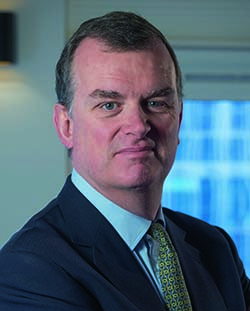 “In our opinion, this is the future and we think it is really going to transform funds distribution,” he says.

Duncan, who has held the top post at Ostrum since 2016, has a varied multinational background. He may have an English surname, but Matt stands for the French Matthieu, not the English Matthew, and French is his mother tongue.

The dual French and American citizen – who lists sailing and travelling as his main interests outside work – was born in Barcelona, mostly educated in the US and has also lived in western Africa and Latin America.

In his professional career, he has held top posts with Goldman Sachs in the UK and France as well as Cambridge Place, Newton and Quilter Cheviot in London.

He was appointed chief executive of Natixis Asset Management, as it was then called, in 2016 with a mandate of growing the business internationally.

Sanctions
Duncan’s upbeat vision is interrupted when we turn to discussing the €35 million fine imposed on the firm by the French market regulator for overcharging investors in some of its so-called formula funds.

The record fine was handed down by the Autorité des marchés financiers (AMF) in July 2017 following an investigation into 133 of the company’s fonds à formule – a type of structured product that guarantees invested capital in addition to a return based on stock market performance.

An appeal to France’s highest appellate court, the Conseil d’État, is underway, with a decision expected next year.

“We disagree with the conclusions of the sanctions commission of the AMF in totality and feel that the penalty was completely unjustified and disproportionate,” says Duncan combatively.

It is unclear how the AMF’s regulations apply to formula funds, he insists, and “are subject to interpretation”.

“There is a lack of a solid regulatory framework and clear and specific rules in relation to the accounting behind these funds. We made some interpretation of the regulations in good faith and, in our opinion, very much in the interests of the unit holders.

“The AMF retroactively says that we made incorrect interpretations but what is clear from our point of view is that there was absolutely no client detriment.

“We always delivered the investment outcome that was promised in the legal documentation and never over the life of these funds took more fees than the fees that were advertised in the prospectuses. It is an unfortunate situation but it is behind us until the final appeal.”

Aside from the ongoing case, the other big development for Ostrum this year – other than a move into new-build offices overlooking the Gare d’Austerlitz – was a renaming of the company in March.

The decision to rename it Ostrum Asset Management was mostly taken to avoid any confusion with the company’s holding company, Natixis Investment Managers.

Natixis Investment Managers operates a common global distribution platform through which the funds of all the group’s 28 affiliate companies are sold. It is itself 70% owned by BPCE, France’s second-largest retail banking franchise.

With assets under management (AuM) of €265 billion and a workforce of more than 370 employees worldwide, Ostrum is the largest of the 28 affiliate active fund houses, and accounts for more than a third of the €861 billion total AuM of Natixis Investment Managers.

As part of the rebrand, all of Ostrum’s 108 open-ended funds have, over the course of 2018, been renamed.

“We are the legacy business and the only affiliate that had Natixis in its own name,” says Duncan. “That created a lot of confusion about who the holding company is and who the distributor is, as the two names are very similar.

“It was hard for people outside the group to fully understand who is doing what and we thought this a good time to rebrand and to position ourselves more appropriately.

“We wanted a distinctive name and brand as, when it comes to branding, people get quite emotional.”

Ostrum was chosen from a shortlist of about 20 suggestions, many of which were made-up names or anagrams.

“We chose Ostrum because we thought it was simple and because it is Latin for the colour purple – which happens to be the corporate colours of the Natixis Group as well as those of BPCE,” says Duncan.

“The colour helps to remind people that we are one of the principal affiliates of the group without mentioning the word Natixis. Overall, the change has gone down pretty well and feedback has been good.”

Active defender
While inflows into low-cost passive funds have gained in momentum over the past decade, Duncan is a staunch defender of the active management sector. “We are making the active bet,” he says. “You wouldn’t organise yourself in a multi-affiliate model if you wanted to do low-cost super-industrial.

“The move towards lower-cost passive is very clear. We are seeing consolidation and, with the pressure on fees and increase in costs, people are going for scale. However, we remain very committed to the multi-affiliate model.”

Duncan says that, while Ostrum has a reputation as a fixed income specialist, the company also has expertise in a wide range of debt, including public, private, sovereign, government, corporate public, real estate high-yield, real assets and private structured debt.

“When it comes to equities [the firm has €24 billion in equities under management] we don’t aim to do everything for everyone, but pick our spots in those areas that we think we can offer value added,” he says.

“As a result, we are more specialised in some areas where we think we have a decent amount of value to add.”

Hard to see
It is hard to pin down Ostrum’s financial performance as the company does not publish its own results. Instead, they are consolidated into the group accounts of Natixis Investment Managers.

“We don’t comment on our own financial figures or on specifics,” says Duncan, who does not disclose his salary either. “The only thing I can tell you is that we are profitable and this has been a consistently profitable business.”

Asked about his mandate to expand Ostrum’s business beyond its home market, he concedes that this is a long-term aim.

“One of the reasons I was recruited was to help internationalise the business. The company is currently a pretty heavily France-based business and these transformations happen over a long period of time.”