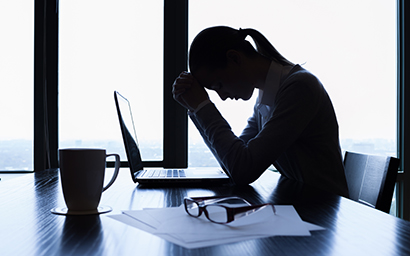 Scandalous allegations in the entertainment world are aleady having an impact on the funds industry, writes Sarah Chilton of law firm CM Murray.

The recent wave of sexual harassment allegations which followed the Harvey Weinstein revelations will likely have long-lasting implications for both investors and fund managers, as well as for the companies and individuals caught up in the allegations.

For investors, it is becoming necessary to identify the businesses that may have tolerated or covered up historical sexual harassment or perhaps failed to take steps to prevent harassment. Such failings on their part can have a serious impact on a business’s reputation, not to mention the potential financial liabilities if victims decide to pursue legal action against the business.

For fund managers themselves, cases like that involving Fidelity Investments in late October, which saw two senior staff leave the firm’s $1.3 trillion equity division, have highlighted the potential for fundamental changes coming to workplace culture in funds.

Data collected by the Financial Times show that women make up less than one quarter of senior staff at the 25 major international banks that were willing to share their data with the newspaper.

Finance is still, it seems, a male-dominated environment, particularly at the senior level, and a common factor in many sexual harassment cases, which both contributes to the harassment occurring and has helped to cover it up in the past, is the power imbalance that so often exists between male and female colleagues in certain sectors.

Culture of fear
This power imbalance will often mean a victim of harassment will be scared of speaking out and reporting what has happened, particularly when the alleged harasser holds the victim’s career in their hands. This power imbalance and fear of speaking out has allowed harassment to continue and, in some cases, create a culture where it is allowed to take place unchallenged.

But the mechanisms that may or not be in place for staff to report wrongful behaviour are taking on a new importance. The law does protect victims of harassment, although a combination of fear of reprisals and perhaps a lack of awareness of the protections available, has unfortunately meant that instances of harassment were often unreported.

Employees should be more aware than ever now that if they report harassment, their concerns will be taken seriously by their employer and investigated. Not only will that help to tackle individual cases of harassment, but such an attitude from an employer should also help to shape a better workplace culture where everyone knows harassment will not be tolerated.

Employers should have in place a harassment policy that sets out what harassment is and how it should be reported internally. Some businesses have anonymous reporting lines available, which can help if an employee is worried about the repercussions of making a report (although the law specifically sets out protections for people who report harassment, unfortunately this is not enough to deter everyone). Employers should also provide regular equality training to all staff, which includes training on harassment so that everyone is clear about what constitutes harassment, how to report it and the consequences for the employees found guilty of harassment. Employers should have in place adequate processes for dealing with complaints of harassment.

Having these measures in place is also important because it can help an employer who finds themselves being sued, as those measures may amount to a defence to a harassment claim.

Every instance of harassment reported to an employer should be fully and fairly investigated, taking account of the confidentiality and sensitivity of those involved, to the extent possible. If the allegations are found to be established, an employer should take appropriate steps.

These may be a written warning, dismissal and potentially, in some circumstances, reporting the matter to a regulator or the police. Not only do these steps help to address harassment in the workplace, but if employees know that their employer will take a robust stance against harassment, that can produce a cultural shift to an environment where people are more willing to speak up and would-be harassers might be less willing to engage in unacceptable conduct, in the knowledge it is likely to be reported, and that serious consequences are likely to follow.

Those individual harassers can be personally named, and held liable, in legal proceedings. Having a star performer in any business publically named and shamed in this way is going to create serious reputational issues for the business, which will inevitably be faced with a decision about whether to terminate their relationship with that individual, no matter how key they may be financially.

Hopefully, with a spotlight being shone on this issue, it may help women to feel more confident about speaking out against unwanted conduct in the workplace and to feel sure that the law and their employer are on their side.

If employers can join the fight against sexual harassment in the workplace, real cultural change may be possible and, hopefully, the tales of Harvey Weinsten will be confined to the historical documentaries.