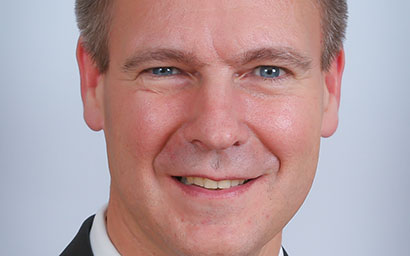 Global wealth is estimated to have risen to $256 trillion (€215 trillion) in 2016. This translates into a year-on-year increase of 1.4%, roughly matching the pace of population growth worldwide and per-capita wealth has thus essentially remained constant. While there was a pleasing showing in Japan and the US in particular, the UK suffered a sharp decline owing to currency depreciation following the Brexit decision. There was also a drop in total wealth in Switzerland, this being due to weak domestic financial markets and waning momentum on the real estate market.

North America accounts for 36% of global wealth, followed by Europe (29%), and the Asia-Pacific region (21%). China ranks next at 9%, while Switzerland has a 1% share.

Financial assets in particular contributed to the strong increase in global wealth since 2008, on the back of the positive performance of the equity and bond markets.

While real assets largely comprise direct real estate holdings, financial assets make up the lion’s share of the wealth managed by asset managers. According to the Allianz Global Wealth Report, financial assets accounted for 55% of the overall total in 2016, or $141 trillion. Around 27% of these were bank deposits, with securities making up 40%. Retirement savings and insurance products accounted for 30%, and the ‘others’ category for the remaining 3%.

Based on an estimate, approximately 66% of the wealth that is held in securities, pension funds and insurance products is managed by asset managers. The total volume of the global asset management market can be put at around $68 trillion.
According to estimates for 2017, the profitability of the asset management industry remained virtually unchanged, however increasing cost pressure leads to a less optimistic outlook.

Asset managers worldwide posted profits of around $100 billion, on par with the level achieved in 2007. The average margin after deduction of distribution costs was 27.7 basis points, compared with 28.1 a year earlier. In Switzerland, asset managers authorised by the Financial Market Supervisory Authority managed around 1,250 billion Swiss francs (€1,069 billion) in discretionary asset management mandates and approximately 1,000 billion Swiss francs in collective investment schemes at the end of 2016. The total across both groups thus amounted to well over 2 trillion Swiss francs.

Companies and institutions hold sway in the Swiss market for discretionary mandates, with assets totalling around 900 billion Swiss francs at the end of 2016. With a volume of 420 billion Swiss francs, private investors accounted for a third of the market, while foreign investors also had a significant share at 30%. In the case of companies and institutions, one in five francs managed came from abroad. For private investors, this figure stood at around 50%.

Total assets under management in Europe amounted to just under $20 trillion in 2016. The UK is out in front by a distance, followed by France and Germany. Switzerland ranks fourth.