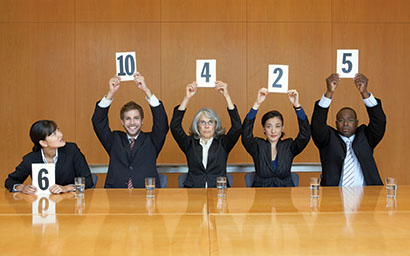 Asset managers such as AllianceBernstein and Schroders are determined to show that their flagship DC funds offer value. Ellie Duncan and Elizabeth Pfeuti look at the process and consider how third-party providers can help.

Asset managers seeking to operate in the DC pensions market are under more pressure than ever to demonstrate value for money around transaction costs in their flagship funds.

In part, this is due to regulatory requirements – but it is also part of wider efforts by the DC market to improve transparency to members, helping to engender trust in an industry that may at times appear rather opaque.

Having transaction cost data at their fingertips has proved problematic for asset managers in the past, though. This is something that the UK regulator, the Financial Conduct Authority (FCA), came to recognise a few years ago.

Pat Sharman, UK managing director for Kas Bank, says that since 2015, DC pension trustees have had to report annually on the level of transaction costs borne by members.

She says: “Despite this, most trustees were unable to do so, because their asset managers could not reliably disclose what these costs were in a detailed and consistent format.”

To address this, the FCA provided guidance, which was published in a Policy Statement on September 20, 2017 and came into force on January 3, 2018.

“These rules now require those managing investments – broadly, investment managers and insurers – to provide information about transaction costs and charges in response to a request from a pension scheme,” says Sharman. “This applies to either a workplace personal pension or a DC occupational pension.”

Sharman adds that, as a result of these rules, independent governance committees (IGCs) and trustees can obtain information on the explicit and implicit transaction costs that scheme members incur, calculated according to a standardised methodology. “For pension schemes, this will certainly be facilitated by the recently launched Cost Transparency Initiative Templates, of which the data should be aligned to what is being reported for MiFID II.”

Simply having access to this transaction cost data is only one part of the value-for-money puzzle, however. Asset managers are then faced with using that data to explain exactly how it converts into value for members in their flagship DC funds.

Providing context
With this in mind, asset management firms have been using external tools and services to seek an endorsement for value for money.

In 2018, Schroders signed up to Clear Funds, a service by independent trustee firm PTL that helps trustees and IGCs to understand transaction costs in the DC market. It received its value-for-money endorsement from Clear Funds at the start of this year.

Then in March this year, a second asset manager, AllianceBernstein, appointed Clear Funds to help in assessing its cost transparency.

According to Tim Horne, head of UK institutional DC at Schroders, the focus in the past has typically been on absolute costs of DC funds, something he says is neither helpful nor “what is defined as value for money”.

He adds that further disclosure requirements are not unique to DC, but that the general direction is the same, “disclosing the transaction costs associated with running a portfolio”. But, he says: “We were very concerned – and I think we are not the only ones in the market – that a number in isolation means very little.”

This is what prompted the asset manager to use a third-party provider – in this case, PTL.

Horne says that when PTL approached Schroders, “they [PTL] were trying to provide a context to what the numbers were, rather than just say, ‘here’s a number’”.

When it came to developing the Clear Funds service, PTL managing director Richard Butcher encountered a number of challenges. “The concept is relatively straightforward,” he says. “We are hired by the asset manager, they give the data to us, we do that value assessment and we then tell them what our view is. We put that view into our report, which they then distribute to their clients.

“But what we felt was, in isolation we might end up with a number as a consequence of doing this. In isolation, that number means nothing at all – it needs to be put into context.”

Butcher said PTL wanted to work out a way of doing an “absolute assessment of transaction costs”. This involved creating a model environment, against which the Schroders control environment, or that of any other asset manager, could be compared.

Butcher adds: “In broad summary, we looked at the quantum and instance of transaction costs, then we compared that to a peer group.

When it comes to peer and client validation, Schroders’ Horne says it is important that there is a level of rigour to any type of assessment in this arena.

Bringing data to life
Third-party providers are taking different approaches as they set out to qualify value for money in DC funds’ transaction costs.

Sharman, at Kas Bank, says some providers are delivering performance data and expense ratio reporting to asset management firms to assist with value-for-money information. “Others are providing a more consultative approach that guides asset management firms on how they can apply value for money, looking at factors such as how specific funds compare against similar funds in the respective sector,” she adds.

Kas Bank has been collecting cost transparency data for more than seven years. Sharman says the bank’s focus is on identifying all the costs in the value chain – the total cost of ownership – while providing a model to interpret and benchmark this data.

The skill originated in the Netherlands where, according to Sharman, cost transparency reporting to the Dutch Central Bank became a regulatory requirement for pension schemes in 2015.

“Pension fund trustees and executives wanted an easy and intuitive way to digest this complex information and so Kas Bank developed a visualisation dashboard. This dashboard is critical in bringing cost transparency data to life, ensuring information can be easily interpreted and value for money can be readily assessed,” she says.

A provider in this market taking another approach is XTP, which focuses on identifying and analysing costs and then recommends measures to optimise or reduce them in the longer term, she says.

Behind the scenes
Some asset managers are choosing not to outsource to third-party providers, preferring instead to do the work on transaction costs themselves.

Alistair Byrne, head of pensions and retirement strategy at State Street Global Advisors, says: “Within DC – within the UK in particular – we provide our clients, or their consultant or adviser if they prefer, with the now standard cost-reporting templates, which provide information on direct costs and the implicit or indirect costs that are incurred within our funds.”

The client or the consultant can then take that and benchmark it as they see appropriate.

“We have not signed up for any of the validation services,” says Byrne. “We are just providing information direct to our clients and answering questions on that data if they have them.”

While Byrne thinks it will become more common for asset managers to use third-party providers to assess value for money in transaction costs, he says the data can be complex.

“It is important that trustees engage with and try to understand the data,” he adds. “I would be reluctant to see a market development where you have agencies putting ratings and gold stars on funds, and trustees are taking that at face value and not understanding a bit more about what is actually going on behind the scenes.”

It is also important that the assessment of value for money is not simply passed directly on to members.

“Members will say they want value for money. But it is for trustees and other fiduciaries to deliver that on their behalf,” Byrne adds.

As Sharman says, there is no single approach to assessment of value (or value for money) and each DC scheme needs to have its own policy, which creates some complexity for DC scheme trustees.

But PTL’s Butcher says this makes for a much more robust process, even if it does mean there is some inconsistency in the market.

He says: “If you have a more abstract concept that is at the discretion of the fiduciary, the trustee or an IGC, [who] have an obligation and a responsibility to the membership, then it is much more difficult for the asset manager to gain their definition.”