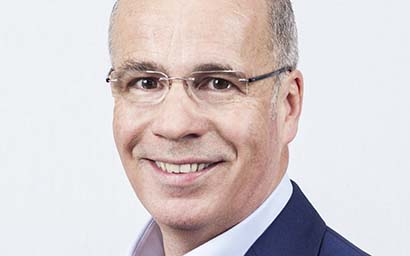 The answer is surprisingly simple, Punter Southall Aspire’s Alan Morahan tells Nick Fitzpatrick – but it should be woven deeper into pensions policy.

There is no magic number for how much an employee in an occupational pension scheme should save for their pension, but there is a well-touted rule of thumb: contribute a percentage equivalent to half your age. That means a 30-year-old should contribute 15% of their salary.

The trouble is, says Alan Morahan, a senior pension consultant at Punter Southall Aspire (PS Aspire), most people at age 30 cannot afford to pay 15% from their salary – not with living expenses and aspirations for home ownership weighing down on them. His view is that employers should take more responsibility in helping employees – not to mention the nation – in the fight to defuse the ‘pensions timebomb’.

Since the glory days of defined benefit (DB) pensions, when employers legally had to guarantee the promises made by schemes that a certain level of pension would be paid in retirement, employer contributions have fallen as businesses shifted towards offering defined contribution (DC) schemes, which are guarantee-free.

“In the shift from DB to DC, employer contribution levels have gone out of the window,” Morahan says. “The employer was quite often paying 15% of employee salaries into DB schemes, but now that they no longer carry the guarantee risk, they have also reduced their contribution rates.”

So he believes the rule of thumb should change somewhat. In his version, an employer would contribute 10% of a 30-year-old employee’s salary, while the employee pays in 5%.

In 2018, the UK occupational pensions system was far from this point. Under the government’s auto-enrolment programme, employers only have to contribute a minimum of 2%, rising to 3% in 2019 (for employees, it’s 3% rising to 5%). And this is only on a percentage of their salary, not their full basic pay.

How can pension schemes provide ‘good member outcomes’ – a term coined by The Pensions Regulator and now an industry mantra - when savings levels like these are considered acceptable?

Morahan, who works for PS Aspire’s DC consulting arm, says getting employees and employers to pay more into their funds is crucial – far more so than other methods schemes may have for delivering good outcomes, such as bringing down charges or engaging with staff and workers to maximise the length of membership. These two methods are important, but contribution rates are fundamentally more so.

Put it this way: If the annual total contribution was 10% (5% a piece from employer and employee) rather than the typical auto-enrolment contribution of 8%, this would earn a 25-year-old employee on a starting salary of £25,000 an additional £66,331 for their pension pot, in today’s terms, when they retire. (Certain assumptions about returns and retirement age – in this case age 68 – are made. See below.)

Bringing down the scheme running costs does have an impact, too, though not as great. There is a plethora of investment literature that shows the positive effect of lower fund management charges on returns. Annual management charges are important and default pension schemes have to be managed for no more than 0.75% per annum, though more efficient running of pension schemes could lower costs further.

Were the contribution rate to return to 8% but the scheme was able to lower its charge to 0.5%, this would gain the employee an additional £16,186 at retirement – about a quarter of the result of paying in 10% of salary. The pension pot would be worth £281,559.

“If the charge is reduced by a third to 0.5%, which is a significant reduction, the projected pot obviously grows, but perhaps not by as much as some people expect,” says Morahan, who is cautious about charges falling too low in any case. “Higher charges can be justified if members are likely to obtain better outcomes – but these have to be demonstrated.”

Even if we increase the annualised investment performance by 0 .5% from the 4% assumed in these models, we still see only £33,494 of additional money created. This delivers a pension pot of £298,867 rather than the £265,373 expected under normal circumstances.

What about modelling the projected pension pot based on more years of saving, from age 22 rather than 25? Obviously this would have a beneficial impact, but again Morahan says it is not as great as might be expected.
If the employee starts saving at 22, not 25, and starting with a slightly lower salary, the increase would be £24,472. The employee retires with £289,845, not £265,373 if they’d started saving at age 25. “So again worth having, but not a huge improvement.”

Remember, though, that the desired 5% employer contribution is still below Morahan’s 15% ideal, stemming from the contribution rates during the era before swathes of DB schemes closed. In 2000, the average employer DB contribution was 11% or greater of employee salary. By 2015, Office of National Statistics figures suggested this had plummeted to 2.5% for DC schemes. “I do think we need to start questioning where have all the employer contributions gone?” says Morahan.

Also, the PS Aspire research indicated employees in DC schemes were typically paying 0%-5%. “These are woefully inadequate levels if people are going to enjoy the comfort in retirement that they say they want.”

The most ideal system, at least one that Morahan thinks is achievable, is to put together all the above changes: a 10% total contribution; reduced charges; earlier savings age; and – hopefully – a 4.5% per annum investment return.

This would yield a 66% increase in the pension pot: £439,797 in today’s terms, rather than the expected £265,373 under normal circumstances. But, again, if there is only one thing Morahan would change, it’s the contribution rate, principally that of employers. It would be the most powerful of the options.

To make it more palatable, policy could implement changes in contribution rates on a sliding scale, rather than in one sudden move. The inspiration for this comes from 2017 Nobel Laureate Richard Thaler, the creator of ‘nudge theory’ - the idea of nudging people subtly through government policy to make changes that benefit them over the long term.

“The new industry mantra in my opinion should be something like ‘0 to 15% by age 30,’” says Morahan. “Tell people to save 10% today and they would find that unattractive. But if we say to them save 5%, and then increase that by 1% each year, far more people would go for that option. Not everyone, but Thaler’s work suggests most people would stay in the process.”