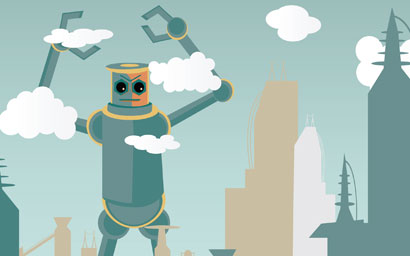 Data is both an asset and a liability for fund managers. Nicholas Pratt looks at whether managed data services might be a solution.

When the Annexe IV reporting season for alternative fund managers took place in January – and turned into a fiasco with the meltdown of the UK regulator’s software (see Briefing, page 7) – it was clear that Big Data had become too big to handle for everyone.

Data is seen as a strategic asset for investment managers. Equally, they need data just to feed the beast – the regulator. But there is so much data now that in January, even the beast couldn’t stomach it.

According to a Cutter Associates study, the percentage of European and North American asset managers that consider data to be a strategic asset rocketed from 0% to 45% between 2011 and 2013. But Cutter also found, in its The True Cost of Market Data report, that staff performing market data management tasks account for an average 75% of a firm’s non-licensing costs – higher than the combined costs of data management systems, warehouses and external service providers.

According to Mario Mantrisi, chief strategy and data officer at Kneip in Luxembourg, much of the cost related to regulation is down to a lack of organisation in data management.

The cost and complexity involved in managing data is increasing the opportunity for managed data service providers such as Kneip. Fund manger Amundi’s deal for managed services with Thomson Reuters is one example of a deal this year.

A LOGICAL CHOICE
Investit research reveals that 82% of firms are considering the use of managed data services within the next two years. Jackie Alvarez, Investit principal, says: “Asset managers want to know how they can figure out whether employing a managed data service is a good fit for their firm. Will it save them money? What will it replace in their processing chain?”

In order to answer these questions, it is important that asset managers know exactly what their managed data service does and does not do, says Alvarez. “What it won’t do is renegotiate the contracts that a firm has with its various data providers. Nor will it manage the data governance of a firm. But it will give firms a more flexible and scalable data management process.”

According to Steve Cheng, global head of data management solutions at Rimes, a managed data service is best described as a combination of third-party technology and expertise designed to carry out data management on behalf of the asset manager.

“It is not just outsourcing where you sweep the whole function out and someone else runs it at a cheaper cost,” he says. “Nor is it just a data feed aggregation, where all of these different feeds are aggregated into one, because that still leaves a lot of data management with the asset manager.

“We get data to the point where no more management needs to be done. The downstream teams do not have to do further checks and validation. The client specifies the rules and we apply them. The client retains the final editorial view of the data. We develop as much of the logic based on the rules they set.”

At present, most buy-side interest is on market reference data. This data is external rather than internal and few firms gain any competitive advantage from processing that data themselves. Furthermore, the cost of managing this data is increasing all the time.

It is a much larger process than a single provider giving you all the data for the instruments in your portfolio, says Andrew Eisen, global head of cloud strategy at Markit. “Managers are increasingly looking beyond traditional equities and bonds into alternatives where the instruments are less liquid and the transactions are more complex. This makes the acquisition of reference data much more onerous.”

EXTENDING DATA SERVICES
However, it seems there is plenty of room for these services to extend, including the range of data categories available. As Devendra Bhudia, vice-president of product management at GoldenSource, says: “There is no reason why the managed service concept cannot and shouldn’t be applied to pricing, entity, position and transaction data. Restricting the managed service to one particular data set limits the efficiency benefits to be gained.”

It may seem paradoxical that people should need help with sourcing and managing the data relating to their own products, says Mantrisi at Kneip, which is a managed data service provider for regulatory reporting and investor disclosure.

However, the decentralisation of the value chain has made data management more of a challenge. “The data no longer resides solely with the asset manager. There are valuation agents, custodians, administrators and other third parties,” he says.

This challenge has been exacerbated by new regulation, which places a reporting obligation on firms – an example being the Annexe IV under the Alternative Investment Fund Managers Directive.

“Reusing the data should be a more efficient process. But instead, every time there is a new regulation, the industry looks to reinvent the wheel,” Mantrisi says. “People who are compiling different reports are not using the same data but are repeating the same processes several times.”

Managed data services are being used for ‘know your customer’ reporting – as in the Amundi case – where reams of paperwork are required every time a new counterparty is created.

And the 400 fields required for Annex IV filings may lead to more interest in a managed data service, says Salvatore Pent, managing director of support services at Confluence. “It has created a lot of problems for asset managers because they were not prepared for the workload involved.”

Just about every aspect of data management has the scope to be part of a managed data service, says Ronan Brennan, chief technology officer at MoneyMate, a service that manages a firm’s internally held data, such as performance and attribution data – “the kind of information that they consider to be their intellectual property”.

Another area of development concerns the service model offered by the providers. Most managed data services are based on the ability to customise all the various feeds from data vendors to their end clients. Due to the data vendors’ insistence on a direct contractual relationship with their clients, the managed data services vendors have to provide thousands of unique daily data feeds.

However, there are providers trying to establish a utility-type model, such as Tech Mahindra, a data services and outsourcing provider that acquired the in-house data-management platform of UBS Fund Services in an attempt to move into the market reference data space.

“I think there will be an inevitable move to this model and data vendors are looking at how they will react to that and how it could enhance their revenue flow,” says Jonathan Clark, head of financial services at Tech Mahindra. “It will be selective and done data vendor by data vendor, but I think we are close to getting some of them onboard and expect to have two or three in place within the next six to 12 months.”

CHANGING LANDSCAPE
As the interest in managed data services increases, the vendor landscape is also likely to change, with more large-scale technology companies entering the market – but, as many of the incumbents would argue, size and scalability are not the sole criteria for a successful service. “It is not enough to be big,” says Kneip’s Mantrisi. “You need the right combination of technology, people and knowledge.”

Whatever managed service an asset manager selects, it is imperative that they understand how it operates, says GoldenSource’s Bhudia. “A managed data service should be considered as an extension to the asset manager’s core business, rather than a separate ‘black box’ service. Asset managers should keep up to date with vendor processes and standards. This becomes important should the asset manager wish to change its managed service provider or revert to the in-house model.”

Asset managers should also be wary of falling into the same trap that befell those engaged in early operational outsourcing deals. They should familiarise themselves with the inner workings of their data management before engaging a third party to take over, says Investit’s Alvarez.

“If you outsource a total mess, you will fail. You have to decide what your expectations are and how you want it delivered – do you put it into your golden record, or directly onto the trading system? You have to know how the data flows around your organisation, or else don’t even bother because it will be money down the drain.”