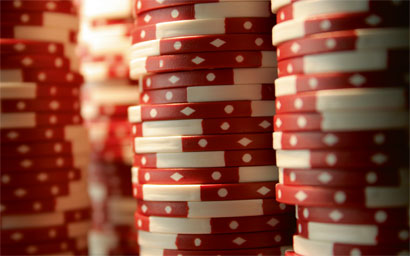 Central bank policies after the financial crisis smoothed foreign exchange swings – but volatility has returned in recent months. David Stevenson looks at various approaches to currency management in this environment.

Until quite recently, currencies were moving in unison. Central banks had loosened monetary policy in recent years and volatility had dropped. But as the US Federal Reserve looks set to raise interest rates, there is policy divergence between banks, which in turn is impacting currencies.

At a G20 meeting in April, finance leaders identified currency volatility as a threat to an improving world economy. Concern over a surging dollar has been a particular feature on the investment landscape and asset managers are concentrating on portfolio exposures to currencies. A US-based investor in Japanese equities would sacrifice a lot of return in currency losses.

Parallel to this, various currency-hedged products have been launched this year. Exchange-traded fund (ETF) providers, for example, have offered products hedged back to the euro since the European Central Bank (ECB) launched its quantitative easing programme earlier this year. WisdomTree, as one of the most successful suppliers of currency-hedged ETFs, initially in the US and now in Europe, has assets of $53.1 billion (€48 billion) due in part to the success of its Europe Hedged Equity Fund and Japan Hedged Equity Fund.

James Wood-Collins, chief executive officer of London-based Record Currency Management, an asset manager that specialises in currency investing and hedging, says he has seen increased demand from investors for Record’s services, which include ‘dynamic’ and passive hedging.

“In the last six months, we’ve had more enquiries from fund managers looking to outsource their hedging,” he says.

There is an assortment of reasons for outsourcing hedging, he says, and the choice between passive and dynamic is similar.

A fairly typical hedge scenario might involve a UK pension fund with dollar assets. To hedge, the fund could enter into a forward currency contract. The length of the contract can vary, but one month is fairly standard. The fund would take a short position on the dollar and long on sterling. If sterling goes up, the fund has generated alpha; if the dollar rises instead, the deal works in favour of the bank, which provides the liquidity.

Passive hedging may be provided by an investor’s investment manager, whereas dynamic hedging – which needs a decision about how much of a portfolio should be hedged – can be handled in-house or by currency specialists.

‘Active’ hedging, as described by Andreas König, head of foreign exchange Europe at Pioneer Investments, is about deciding whether to keep currency exposure or not. As currencies fluctuate, so will a client’s desire to remain in a trade, so they may be better off cashing out while they are up.

Hedge fund Harmonic Capital has a wide remit on how the firm can use a client’s hedged part of a portfolio. It has $1.8 billion in assets under management and is a currency and macro investor.

Alastair Smith, a partner at the fund, describes the level of input his firm can have on a client’s hedged exposure.

A client may, for instance, have a portfolio of equities with a risk level of 15%. Clients will ask the firm to trade currencies that equate to that level of risk to generate alpha. The firm has the ability to trade a wide variety of currencies. “There aren’t many currency specialists around. With ten currencies [the number the firm uses], you have 45 crosses. That’s a fair number of currencies,” says Smith.

Harmonic trades emerging market currencies, which large banks and asset managers tend to avoid due to the sheer level of volatility. Those firms that do might make bets on the Brazilian real versus the US dollar, or indeed any emerging market currency’s performance against the dollar. Harmonic removes the dollar from the equation – trading pairs, such as the Brazilian real versus the Chilean peso, directly. This might sound like a risky proposition, but there are indicators as to how currencies will perform.

Roger Hallam, currency chief investment officer of the global fixed income group at JP Morgan Asset Management (JPMAM), says that looking at a country’s stock market can be a good indicator of how its currency will perform in the future. He says that strong equity market performance often goes hand in hand with strong currency performance and vice versa. The decline in the Australian mining sector coupled with a fall in the currency’s value is a good example of this.

Harmonic also uses the stock market as a forward indicator of how currencies are performing, but has rules on which currencies it will deal in. The currencies must be liquid but also, more importantly, free-floating and not controlled. For these reasons, the firm will not deal in the Singapore dollar as it has a peg, or the renminbi as it is controlled.

The firm does have plans to include the Swiss franc again since the dramatic decision earlier this year to remove its peg to the euro.

PURE CURRENCY PLAYS
There are firms that provide ways to mitigate the currency risk of an investment (a UK investor investing in the Dax, say), and there are firms that offer currencies as an asset class themselves. ETF Securities is the largest supplier of currency exchange-traded products (ETPs), with 99% of the total assets in this category in Europe, according to Townsend Lansing, head of short/ leveraged and FX platforms at the firm.

The business provides up to five-times leveraged currency ETPs and can help investors protect against currency depreciation. Of currency pairs, ETF Securities’ most popular ETP is the long US dollar/short euro: about $150 million is invested in this one product alone. The rise of the dollar, coupled with the decline in the euro, has made this is a popular trade.

Lansing’s firm does offer currency-hedged ETFs as well, but he feels that some investors – those that are not currency experts – have been forced down this route due to volatility.

“A lot of investors simply say, ‘I want equity exposure.’ You’ve got professional investors out there who say, ‘This is my job,’ and they want to reduce the currency volatility. It’s an easy thing for me to do and strip that out,” he says.

Although central bank policy divergence is one reason for currency volatility, Wood-Collins says interest rate differentials and the Federal Reserve tapering its asset-buying programme last year have also stoked volatility. This forced down the price of assets as well as currency values.

BLACK SWANS
Of course, there are times with currency risk when even the best-laid plans can go awry, usually when an event comes out of the blue. A good example is the decision of the Swiss National Bank (SNB) at the beginning of the year to remove the Swiss franc’s peg from the euro, despite assurances from the bank’s chief that this would not happen.

According to Record’s Wood-Collins, Swiss clients tended to hedge all of their non-Swiss exposure. “The reason our clients had this policy in place is because we told them that there is no law of nature that says the SNB will always cap the currency to the euro. If ever they chose to abandon the peg programme, they couldn’t give any advance warning as the market will massively move against them,” he says.

More recent events to produce spikes in currency markets’ volatility have included the Greek crisis and the sharp movements in China’s stock market that began in June, according to König at Pioneer Investments.

These two events present both opportunities and risks to the savvy investor. European shares are relatively cheap due to the sell-off of stocks as fears over Greece deepened. Those who can handle the currency risk may be tempted to shift from the safety of the US equities market to Europe’s. In China, though, there was more panic as the Shanghai market lost 30% of its value in three weeks. Given that its currency does not float freely and investors risk restrictions on taking their money out, it takes a brave investor to enter this once closed market.

CARRY TRADES
As the Greek problem resolves itself, the euro might become the target of carry trades – that is, borrowing in a currency with a low interest rate and placing it in a higher-rate economy.  A potential downside is that it could weaken the funding currency, the euro, further. If the US does raise interest rates, this may increase the attraction of euro carry trades to investors and as a result, increase currency volatility further.