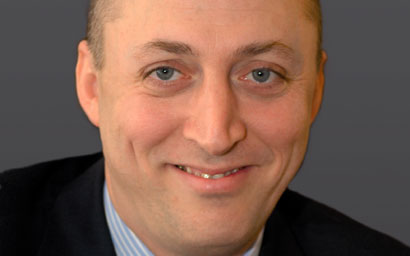 Sandro Pierri's decision to stand down as chief executive officer of Pioneer Investments will inevitably be seen in light of changes to Pioneer's ownership.

Pioneer announced yesterday that Pierri (pictured) would depart from Pioneer in January next year. Pierri has been in the job for two and a half years.

The resignation comes just weeks after reports that Pioneer, which is owned by Italy's largest bank Unicredit, would be merged with Santander Asset Management.

Earlier this year it was also reported by The Sunday Times that Industrial and Commercial Bank of China was considering a bid for Pioneer.

The deal with Santander would appear to put to rest speculation about Pioneer's future – though discussions have not yet concluded. Federico Ghizzoni, the chief executive officer of Unicredit, told Reuters and other news outlets in September that Unicredit and Santander, the Spanish bank, would own about a third each of the merged business.

But the deal clearly did not put to rest the Pioneer story now that Pierri is leaving – though no official reason has been given for his departure.

Uncertainty around Pioneer's future goes back to about 2010 when Unicredit, which bought Pioneer in 2000, put the firm under review. Sale rumours seemed to end, for a while at least, when Ghizzoni became Unicredit CEO and the bank gave its blessing to a five-year organic growth drive for Pioneer, which it started implementing in 2012.

Front office outsourcing and a growth in third-party clients are some of the landmarks of Pioneer's unfolding plan, Pierri told Funds Europe in an interview in December 2013.

Perhaps Giordano Lombardo, currently Pioneer's chief investment officer and Pierri's deputy, will be able to bring the story to an end when he takes over as CEO from Pierri.