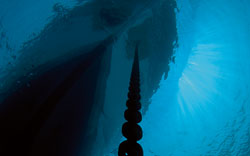 Central counterparties that support the clearing of derivatives pose a systemic risk if they fail. Nicholas Pratt reports on the difficulties in finding a way to stabilise the system.

There is nothing like an extreme hypothetical scenario to spark debate in the capital markets. In this case, the scenario is the collapse of a clearing house and the debate is over who should pay for the recovery.

Regulatory changes to the derivatives market, including standardisation of – and central clearing for – over-the-counter (OTC) derivatives, have elevated the role of clearing houses and central counterparties (CCPs).

Behind this lies the spectre of systemic risk.

There is the concern that by transferring risk from obscured OTC trades between dealers to a handful of CCPs due to central clearing, the new rules have simply created another group of institutions that are too big to fail. Consequently, regulators are looking to CCPs to bolster their resolution plans.

The fear among market participants, though, is that the cost of recovery will be borne not by the CCPs, but passed down the chain of counterparties – first to the clearing members (the broker dealers on the sell side), then to the clearing members’ clients (the asset managers and the asset owners themselves), and thirdly to the taxpayer by way of a government bail-out.

Some of the largest clearing members have formally stated their concerns.

Pimco, the world’s largest bond fund manager, wrote in October 2014 about “possible unintended, systemic consequences should a CCP fail to manage its risk appropriately or, even worse, fail altogether”.

Pimco has called for “certain global standards to be met by CCPs” to ensure the safekeeping of client assets, reduce systemic risk and ensure that the goals of the CCPs are aligned with protecting clients’ assets.

The CCPs should be required to have more ‘skin in the game’ – in other words, they should contribute more capital to a reserve fund used in the event of a major default. This fund currently consists mainly of clearing member contributions.

In addition, Pimco doesn’t believe that the threat of reputational risk is enough of an incentive for CCPs to align their interests with members and clients.

It is not alone. BlackRock – in its April 2014 paper Central Clearing Counterparties and Too Big to Fail – makes similar recommendations. For example, end investors should be protected from the failure of a CCP; CCPs should be subjected to rigorous stress tests overseen by regulators; the transparency of CCP risk management practices should be increased; and the default waterfall (see p50), a list of financial safeguards to cover a member’s losses, should be strengthened by increasing CCP contributions.

MARGIN HAIRCUTS
The flurry of white papers issued in October was sparked by the Recovery of Financial Market Infrastructures report, issued by the Bank of International Settlements and the International Organisation of Securities Commissions (Iosco). Among its many suggestions, it floated the possibility of initial margin ‘haircutting’, meaning that collateral posted by non-defaulting participants could be used to cover losses arising from a major default.

This was not popular with CCP users, so CCPs have moved to quell these fears. For a start, no CCP currently employs initial margin haircutting. Some have haircuts on variation margin (paid by members on a daily basis to reduce exposure on high-risk positions) but most recognise one member’s margin is not intended to cover losses for others.

“I think that is a dangerous step,” says Rafael Plata, secretary general of the European Association of CCP Clearing Houses (Each).

Plata points out that participants in European markets are currently protected from such a step by the European Markets Infrastructure Regulation (Emir). “On the one hand, we understand that these are extreme events where the CCP and the authorities would have to look at what funds are available. But by imposing haircuts on initial margin, you would be removing a bankruptcy remoteness protection for those members.”

A further protection for buy-side participants worried that their assets will be used to make up losses from a default is that as well as clearing members, a CCP’s risk committee contains asset managers and other buy-side representatives as a result of Emir rules.

“The clients should therefore know in advance what measure would be taken and the conditions that would warrant the action,” says Plata. “The timing of that advance warning is something that we are looking at. There are different courses of action and various conditions needed before the action can be greenlit.”

Nevertheless, he says, there are big questions that need to be resolved, such as who pays for the continuity. “Everyone should pay some part of the bill, depending on the nature of the default. For a member default, it should be those that use the CCP and the CCP themselves that cover the cost. First you apply all the lines of defence. In the extreme scenario that we then exhaust that funding and enter recovery, there is one tool [variation margin haircutting] that would make it easier for clearing members to pass on the cost to their clients, more so than a cash call.

“Our general line is that users that benefit from using a CCP should be prepared to pay for it.”

LINES OF DEFENCE
Plata stresses that the debate about resolution plans is centred on extreme scenarios. “For example, when Lehman Brothers went bust in 2008, LCH Clearnet, one of the largest international clearing houses, only used 33% of its initial margin to close out the outstanding positions. And that is the first line of defence. There are second, third and fourth lines that can be called on before we get to the stage where resolution plans need to be enacted.”

He says that Each welcomes the Iosco report. “We think it brings both flexibility and certainty. It sets out a collection of tools that a CCP can use but gives CCPs the flexibility to choose whichever tool they consider to be most appropriate for the situation.”

It’s a view supported by Eurex, the CCP owned by Deutsche Börse. “Recovery and resolution planning would only occur in the most extreme scenarios, and their unforeseen nature means that allowing CCPs some flexibility makes sense,” says Teo Floor, vice- president, CCP risk management at Eurex Clearing. “As our participants and stakeholders naturally value continuity of the CCP, we should not deprive ourselves of the ability, if it makes sense, to react differently.”

Nor are the CCPs keen on the call from clearing members to have more skin in the game. As Plata points out, Emir has already stated that CCPs’ contribution should be commensurate with the risk that they pose, which is much less than their members who are trading risk and using leverage.

Other CCPs argue that by increasing their skin in the game, CCPs would distort the ex ante incentives that clearing members are given to act responsibly. They want to avoid becoming insurance-like entities, where members pay a fee in return for a guarantee over their transactions.

Privately, there are those in the CCP industry who believe half of the debate is about raising awareness of possible systemic risk and encouraging greater transparency, but that the other half is made up of market participants arguing over who should foot the bill.

The one thing buy and sell-side firms do agree on is that CCPs should pay more, hence the somewhat disingenuous call for more skin in the game.

Of course, the same accusation could be levelled at the CCPs and the argument that their objection to more skin in the game is about integrity, not investment. As things stand, the unedifying prospect of an ongoing row may be ended when the European Commission publishes new legislation on the subject. An initial draft is expected in the first half of this year.

It is unlikely that the measures will be mirrored in the US or anywhere else, raising fears of regulatory arbitrage. CCPs are no longer national utilities but commercial multinationals competing in multiple markets.

And there is the timetable. New regulation would most likely not be implemented until 2018. Let the lobbying continue.