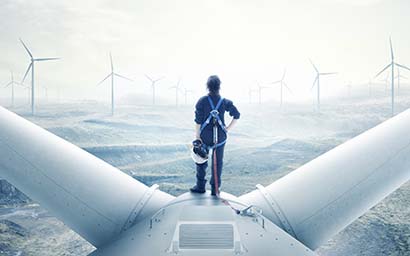 How does China’s commitment to achieving carbon neutrality by 2060 dovetail with high-quality growth and investment opportunities? Fiona Rintoul reports.

If there’s one thing we know about China, it is that face matters, observes Colin Liang of RWC Partners. That’s why the Singapore-based fund manager believes that “China will try everything” to meet the target it has set itself of net-zero emissions by 2060.

This is a game-changer not just for China but for the world. China’s undeniable size means that, when it comes to climate protection, there is no show without Punch.

China’s net-zero 2060 pledge perhaps also marks a change of leadership in the fight against climate change that is congruent with the ongoing shift in global economic power from developed to emerging markets (EMs).

Tackling plastic straws in California isn’t going to get us where we want to be, believes Andrea Salvatori, head of ESG strategies at Amundi. Instead, meaningful change will happen in coal mines in China and India and through the solar power and hydrogen that can be generated in Africa.

“There is a growing realisation of the centrality of EMs in terms of our hopes to achieve the reduction in global warming that has been set in motion,” says Salvatori.

As the oil tanker that is the Chinese state changes course and heads in the direction of net zero by 2060, the question for investors is how to play this development. Whether the aim is to achieve superior returns or a low-carbon portfolio – or both – the forward trajectory is not always obvious. This is partly because the end target is so far away that there will be staging posts along the road.

“Key to China reaching carbon neutrality by 2060 is increasing the mix of renewable energy,” says Elaine Tse, manager of the Wells Fargo China Equity fund. “The government is aiming to increase non-fossil fuel to 20% of the energy mix by 2025 from 15% in 2019 while cutting dependence on coal.”

The latter will take time. Historically, coal accounted for over 60% of China’s energy mix. Tse expects that to halve to around 30% by 2040, but China won’t reach peak coal until 2030, suggesting the country will continue to allocate to coal for the next decade.

Away from coal, however, KBI GI sometimes compromises on a company’s carbon footprint. James Collery, senior portfolio manager for ESG strategies at KBI GI, cites the example of Xinyi Solar, one of the largest Chinese manufacturers of solar glass. It has a carbon intensity score that is higher than a lot of fossil fuel companies because great heat is required to produce the glass – but it also has solar farms.

“You could look at that carbon intensity and say you should sell Xinyi and buy a fossil fuel company, but that doesn’t make any sense because they are improving everything in the long run,” he says.

Interpreting the numbers
Measurement issues also play a role here. Xinyi’s high carbon intensity score is based on Scope 1 and Scope 2 emissions (as defined by the Greenhouse Gas Protocol). Scope 3 emissions – indirect greenhouse gas emissions resulting from an organisation’s operations – would provide a more accurate score, but as yet there is no standardisation for Scope 3. When that comes, the picture will change.

“I would expect that suddenly Xinyi Solar would look like a much lower emitter than any of the fossil fuel companies,” says Collery.

It is a question of interpreting the numbers. This is where active managers can add value.

“Some of the zero-carbon or lower-carbon ETFs just do a blanket cut-off,” says Collery. “They may be lower when it comes to emissions, but they are going to miss out on the transition that will really matter for China.”

China’s renewable energy sector provides myriad opportunities to invest in that transition. According to Salvatori, this is partly because China invested early and massively in the engine of supply – particularly in the solar sector.

“The rest of the world is a buyer,” he says.

This means not just that China has an unassailable cost advantage in solar and wind energy, but also that it is now driving the global transition to renewable energy. For example, falling equipment costs have been instrumental in creating parity in terms of the price per unit of electricity between solar and other forms of energy.

“In both solar and wind equipment, someone needs to do the job of making this new technology viable and cost-effective,” says Liang. “It’s not enough for it to be driven by subsidies and NGOs.”

Global cooperation opportunities
China’s dominance might be hurting global competitors but is beneficial for the world as a whole. And with a new administration in the White House, Liang believes China’s leadership role in renewable energy also creates new opportunities for it to cooperate with other countries.

But it’s not all plain sailing. Tse is chary of rising polysilicon costs, which put margin pressure on solar module makers. However, she is active in both wind power equipment and parts manufacturers, as well as wind power producers.

“Our interest in wind power in China has led us to look for related exposure in other markets, and we have found similarly attractive companies in Brazil, for instance,” she says.

Meanwhile, Salvatori looks for ways to play the growth opportunities in a lateral, indirect way.

“We have even spotted some commodity producers that play a key role in the supply chain,” he says. “They have pricing power due to supply constraints, and these stocks are cheaper, so from a financial standpoint they offer more upside.”

Tse also highlights the regulatory risks that come with investing in renewable energy in China. The renewable energy development fund already has an estimated deficit of around RMB300 billion (€39 billion), and tariff subsidy payments have been delayed.

Electric vehicles
Of course, there is more to the investment opportunity created by China’s net-zero 2060 commitment than renewable energy. Liang highlights the related areas of electric vehicles (EVs) and battery technology.

“I think EVs will be one of the major solutions to the overall renewable energy blueprint that China has, because it is the only one that has the ability to scale up massively and where China has the right kind of supply chain,” he says.

The existing EV opportunity is well understood by the market and many EV companies have working capital issues. Therefore, Liang sees greater opportunities in future technologies, such as hydrogen energy and next-stage EVs, as well as in manufacturing.

In manufacturing, change is likely to come more slowly than in the energy sector, not least because some industries, such as steel, employ millions of workers.

This means radical change would be destabilising. Instead, Liang says that companies will move to use higher-grade chemicals that are less polluting and different plastics that are more environmentally friendly.

This opens up the possibility of engagement with companies, which is widely embraced by fund managers investing in China – and welcomed by many Chinese corporates. The increased awareness that individuals nowadays have of the environmental impact of their activities is mirrored in company management, says Salvatori.

“There is a genuine enthusiasm from some companies to embark on a different path.”

Middle steps
At Amundi, the equity and fixed income departments work in concert to engage with companies more effectively, while smaller players often work together with others to increase pressure for change. And Amundi is running with this engagement approach through its recently launched “ESG improvers” philosophy.

“You need to expand the investment universe [beyond best in class] and try to capture some of the value that’s not reflected in stock prices by engaging with companies and understanding the ones that are on an acceleration path,” says Salvatori.

“Perhaps they are a bit late, but they are committed to catching up.”

As China embarks on the long road to net-zero 2060, there will be what Liang calls “middle steps”.

That which is perfect won’t arrive for some time, and so improvers are bound to be an important part of the opportunity.

Balancing this and the “future steps” that will bring the opportunities of tomorrow is the tricky but stimulating task that faces fund managers investing in net-zero China opportunity.

Meanwhile, Liang believes bottom-up research remains crucial. Companies may be tapping into the same opportunity, but the way they can benefit varies greatly.