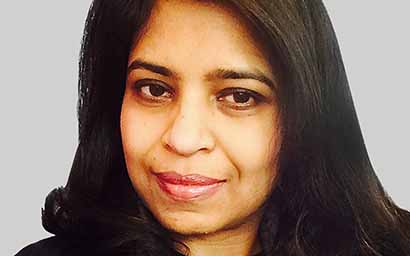 It is only a matter of time before China merits its own allocation distinct from global emerging markets, says Nidhi Mahurkar of Investec Asset Management. She believes active management is crucial.

Extraordinary growth has transformed China’s economy into a major middle income economy in the last two decades. The ongoing liberalisation of China’s domestic capital markets through improving foreign investor access, better disclosure and better governance provides a further boost to the appeal of Chinese assets. For Nidhi Mahurkar, investment director at Investec Asset Management, this is a market that will reward stock-pickers as active managers have greater potential to add value.

She says: “We see plenty of opportunity to take advantage of anomalies and dispersion prevalent in the market through a disciplined and active investment approach.”

Trading at a discount
Opportunities exist because of the unique characteristics of the Chinese markets. As the government opens and connects the onshore and offshore Chinese markets, she thinks there is an early-mover window for savvy, patient investors to access Chinese equities while correlations remain low and valuations are discounted relative to developed markets.

She believes these assets are attractive because Chinese equities have an attractive revenue, earnings and cashflow growth profile. Economic growth is shifting from investment-heavy industries to more sustainable and shareholder-friendly, consumer-orientated areas. Despite these advantages, Chinese equities still trade at a large discount to developed market equities and international investment communities remain underweight.

An additional near-term catalyst in China is monetary and fiscal policy. The People’s Bank of China recently injected liquidity through a series of Reserve Requirement cuts and took steps to keep market interest rates accommodative. This policy had the desired effect, with the January reading of China’s Total Social Finance (TSF) – the measure of all available credit and liquidity in the country’s economy – jumping more than 10% from the previous month.

Accommodation also manifested itself in other forms of pro-growth policies, such as a boost to infrastructure spending and cuts to both corporate tax and personal income tax rates.

Indices respond
On a full capitalisation value, the domestic A-share market is the second-largest in the world.

MSCI has responded to the growth in China’s market by announcing it will quadruple the China A-share inclusion factor in its major benchmark indices to 20% in 2019. The decision comes a year after the initial inclusion of 233 large-cap Chinese onshore stocks into the MSCI indices. FTSE Russell will also start phased inclusion from June 2019, which will see China A-shares representing 5.5% of its emerging markets index.

To put the scale of the MSCI move into context, at a 5% inclusion factor, A-shares currently make up a tiny 0.8% of the MSCI Emerging Markets Index and 0.1% of the broader MSCI All Country World Index. With a 20% inclusion factor, and the addition of more mid-sized companies, these weights will increase by November to more than 3% and nearly 0.8% respectively.

With full inclusion, MSCI estimates that China A-shares would account for more than 16% of the MSCI Emerging Markets Index, which means the total weight of Chinese equities in the Emerging Markets and ACWI indexes – including offshore-traded securities that are already constituents – would be 40% and 5.5% respectively.

Today foreign ownership of A-Shares in China is estimated at just 3%.* Given China’s rising importance, growth potential, increasing index inclusion and diversification benefits, Mahurkar thinks global investors’ allocation to the world’s second-largest equity market will grow over time – and this will benefit the market.

A further boost would come if investors begin to regard the Chinese stock market as important enough to merit its own unique asset allocation, separate from an overall allocation to global emerging markets. If that happens, investors would likely appoint two specialists: one for the China portion of the portfolio and one for the emerging market ex-China portion. The same phenomenon occurred when Japan was split out from Asia to create Asia ex-Japan. There are signs China will soon follow suit – MSCI started publishing MSCI Emerging Market ex-China indices on March 9, 2017.

Why be active?
It has often been observed that the Chinese A-share equity market is inefficient and behaves differently from how overseas investors may expect. This is largely due to the dominance of retail investors, who drive most of the daily trading activity.

Some investors have concluded that investing on the basis of corporate fundamentals and behavioural finance will not work in this market, but according to Mahurkar, “nothing could be further from the truth”.

“Our analysis has uncovered considerable divergence in valuations and share prices, compared to developed markets,” she says. “We find that the A-share market has the hallmarks of a market that is less efficient than developed markets. This inefficiency results from a market that is dominated by retail investors, poor-quality data, and inefficient capital allocation.”

She believes a balance of traditional and behavioural finance is relevant in this market, where a greater propensity for biases within China’s retail-dominated investor base can create an array of opportunities to be captured by a focused and disciplined approach.

There are short to medium-term risks, of course, most significantly policy execution and the recalibration of the trade relationship between the US and China. Mahurkar believes a consistent investment strategy focusing on high conviction ideas, using a bottom-up approach, is the best way to provide long-term risk-adjusted returns.

Ultimately, it is the growth of China’s economy that will attract and hold investors’ attention. Mahurkar says that both the old and new parts of the economy are rich in opportunities.

“In the former we see potential for improving profitability from industry consolidation, cost-cutting and supply-side reform, while in the latter we are excited by the high growth prospects, scalable business models and world-class management teams that are prevalent among companies often linked to services GDP.”

In future, she adds, “China will increasingly be viewed as an asset class that merits a strategic allocation”.

All investments carry the risk of capital loss. Investment in mainland China may involve a higher risk of financial loss when compared with countries generally regarded as being more developed.

The information may discuss general market activity or industry trends and is not intended to be relied upon as a forecast, research or investment advice. The economic and market views presented herein reflect Investec Asset Management’s (‘Investec’) judgment as at the date shown and are subject to change without notice. There is no guarantee that views and opinions expressed will be correct, and Investec’s intentions to buy or sell particular securities in the future may change. The investment views, analysis and market opinions expressed may not reflect those of Investec as a whole, and different views may be expressed based on different investment objectives.