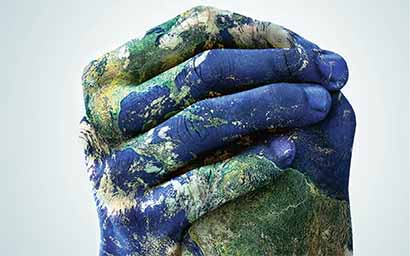 More than four decades on from Deng Xiaoping’s reforms, millions in China have been lifted out of poverty. Its real economy is robust – and compared to many parts of the world, almost too competitive, writes Romil Patel.

China’s economy made huge and extraordinary leaps in a short period and is now the world’s second-largest, just trailing the US. But the state has realised that its financial sector, whilst big in size – more than $40 trillion, according to Bloomberg – is neither balanced, nor comparable to the West’s when it comes to standards.

Beijing has recognised the need to shift its focus from the real economy to developing more quality in the financial sector – and one method is by introducing foreign capital to impose the discipline necessary to entice investment into the country.

In other words, a key objective is to restructure and upgrade the quality of the financial sector through the indirect pressures of foreign scrutiny.

A super-sized market like China opening its bond and equities markets is a major event – both for the global financial market and for human history, given the social repercussions that follow. The fact that Chinese investors own too little in foreign assets, and vice versa, partly explains China’s motivation to open its domestic stock and bond markets – to equilibrate the structural flows that will need to happen over time.

“The opening up of the financial markets in China may be the most consequential and most significant change in the global financial market since the introduction of the euro in 1999,” says Stephen Li Jen, chief executive at Eurizon SLJ Capital.

Multiple safe havens
With the Japanese government bond and German Bund no longer considered useful benchmarks, due to quantitative easing creating flat yields from a global context, the Chinese renminbi bond market has every reason to become the second benchmark yield curve in the world to complement, offset and diversify from US Treasuries.

The world needs multiple safe havens – and the US Treasury is not a viable option on its own. The choice of either going into the US or earning zero nominal return in Japan or Germany cannot be considered a healthy set-up.

From April 1, 2019, the Bloomberg Barclays Global Aggregate Bond Index began the process of adding 363 Chinese government and policy bank bonds over a period of 20 months. “Chinese government bonds were one of the best-performing asset in global markets in 2018,” says Bing Li, managing director of product development at ICBC Asset Management (Global).

Once completed, the securities will account for just over 6% of a $54 trillion (€48 trillion) index. Soon, experts expect every global index will contain a portion of Chinese bonds.

It is important to appreciate the size of the Chinese bond market, which is the third-largest in the world, just behind Japan, at more than $12 trillion. “Japan has roughly a 15% weighting in most of the global indices and I do not think the Chinese bond market will have less than that over the medium term,” says Jen.

The diversification jewel
A huge market with relatively little foreign participation also means that China is far less prone to outside forces, making it resilient during times of stress. Why is this important?

The real benefit of including Chinese bonds in the global portfolio is diversification. Chinese markets evolved in isolation during the period when they were completely closed, notes Geoffrey Lunt, senior product specialist for Asia fixed income at HSBC Global Asset Management.

“That is what provides diversification – the different economic, business model and market model is the real jewel in the crown,” he says. “The irony is, the thing preventing people from taking this step is what provides real value.”

Historically, the main reason for considering Chinese bonds is the return to risk characteristic. Chinese bonds have emerging market-like returns and developed market-like risk, making them unique. Indeed, in 2018, the only market that rallied was the Chinese bond market, with everything selling off in dollar terms – except for the renminbi.

“The average returns over the last 14 years for European-based euro-denominated investors in the Chinese bond index was 9% each year,” says Jen. The figure is from the Bloomberg Barclays Index itself, so it is the weighted average of all 2,400 Chinese bonds over the period.

“That is definitely emerging market-like, but volatility is much lower than Brazil or South Africa.”

At this point, it is crucial to question whether this trend will continue – and if not, what keeps it attractive?

“My own view is that we expect to see returns in the 6% range over the medium term – not the 9% we got in the past,” says Jen. “But even at 6%, with low volatility and attractive correlation characteristics, this raises the question of whether the higher-yield, but very risky strategies that people had been looking for to generate outsized returns, are more attractive than this vehicle that can also be used as a safe haven, in addition to generating attractive yields.

“These are bonds, not highly volatile equities, and it should be a tremendous opportunity for investors trapped in a low-yield region such as Europe, where returns are zero at best.”

Coming of age
China’s economic slowdown has made headlines internationally, yet coverage of the reasons behind it has been sparse.

Despite the trade war with the US, China’s leadership chose to impose structural reforms – even at the expense of slower growth. As China sought to upgrade its financial sector, concerns over the ever-expanding leverage and the shadow bank continued to mount, and Beijing set out to govern the two variables that were out of control. In return for containing these two nominal variables, real growth was destined to suffer, and it has.

However, every cloud has a silver lining, as the saying goes. The seemingly ominous cloud of bad news surrounding China’s growth in the past year is actually good news, because it shows China has the courage to accept the cost of transforming itself.

In the current age and environment, the benefits of an uncorrelated asset class, combined with the diversification it brings to a portfolio, could prove to be extremely valuable for foreign investors as correlations elsewhere in the world increase.