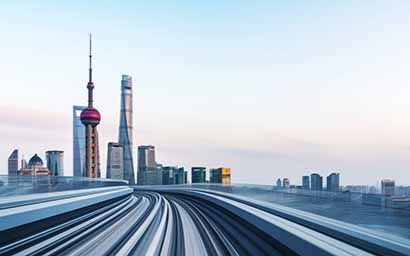 More than ever, China’s markets are opening up to foreigners. Romil Patel looks at how this is working in practice.

At the National People’s Congress in March, China’s second-most senior official, premier Li Keqiang, underlined the state’s policy of opening up the domestic market further to foreign investors. “If we make a promise of opening up, we will certainly deliver,” he declared.

But foreign participation in China’s onshore equity market – which opened in 1990 and trades about 3,420 A-shares on the Shanghai and Shenzhen stock exchanges – has historically been low.

A-shares have a market capitalisation of approximately $8.8 trillion, but foreign investors held just RMB1.15 trillion ($171 billion/€153 billion) of them as of December 2018, according to the People’s Bank of China (PBoC). Beijing has been seeking to entice foreign investment – and stability – into the equity market by offering greater ease of access amid a bruising trade war with the US and flagging economic growth.

The Stock Connect now allows overseas investors to exchange into renminbi and back into US dollars with greater ease, while meeting currency-hedging needs. This has led to further reforms on stock market operations to stimulate foreign investment – and expectations are mounting.

“2019 should be the first year that a lot of foreign investors – especially institutional investors – start to invest in A-shares via the Stock Connect and of course the QFII [Qualified Foreign Institutional Investor] and RQFII [Renminbi Qualified Foreign Institutional Investor] quota,” says Raymond Jing, A-shares portfolio manager at China Asset Management (Hong Kong). “We have to say that this year, we will see a lot of money inflows from foreign funds.”

Meanwhile, new policies have been issued to give more transparency and shorten the suspension dates of stocks listed in the A-shares market – dates that traditionally had no constraints. In other words, China has implemented regulatory changes to make its public equity market much more compatible with its foreign counterparts, while giving overseas investors easier access. How has this translated thus far?

Reformation for participation
“Recent inflows into A-shares have been significant, with a record RMB121 billion via the northbound Stock Connect scheme in the first two months of 2019,” says Caroline Yu Maurer, head of Greater China equities at BNP Paribas Asset Management. By comparison, 2018 saw RMB294 billion of inflows – up from RMB199 billion in 2017, she notes.

In March, Li Keqiang said China is targeting economic growth of between 6% and 6.5%. Expectations of lower growth have led many to question whether everything is broken – but it is crucial to make the distinction between economies and stock markets.

“A rapidly growing economy can generate an environment which means that companies can grow revenues, and that can create an environment in which those revenues lead to earnings growth, which is good for equities – but that is not necessarily a given,” says Alex Treves, an investment specialist at JP Morgan Asset Management (JPMAM).

He points to the last decade, when India and China experienced similar levels of GDP growth, and yet India’s stock market outperformed China’s, despite starting from a lower base. Economic growth did not lead to similar levels of earnings growth across those markets.

The onshore Chinese equity market is extremely liquid and broad. As foreign participation increases, and the A-share market becomes more sophisticated, the number of ways investors can play it is growing. “The reason we are excited about A-shares,” says Treves, “is because the sorts of companies that we can invest in in the A-share market look a lot more like the innovative, private sector-style companies that we tend to favour and a lot less like the state-owned giants, which were some of the initial listings offshore for China.”

Playing the market
China’s explosive economic growth story is one of the most remarkable in history. Over just a few decades, its huge manufacturing workforce has become increasingly wealthy and the middle class has grown rapidly, leading to changes in consumption patterns that are set to last.

While stable demand for consumer staples such as beer, condiments and dairy products across a vast population continues, the demand for online products and services, education and domestic travel is rising. The last of these presents several opportunities, in sub-sectors such as airports, hotel companies, lodging and travel agencies.

“Hotel groups would be an area where Chinese companies are consolidating hotel chains in a way which is beginning to look more like the West,” says Treves, who recognises that China still has some catching up to do here. But in other areas, such as liquor, it is “entirely pursuing its own path”, he notes. The Chinese market has its own characteristics: liquor is a product with many cultural elements attached to it, meaning there is a lot of business-related demand for it.

China offers compelling fundamentals, giving investors exposure to a diverse, complementary group of companies, industries and economies at various stages of development. But how are foreign investors playing the market in comparison to their local counterparts?

According to Charlie Awdry, investment manager for the Chinese equities strategy at Janus Henderson Investors, foreign investors tend to buy quite a small subset of companies in the A-share market. “It is relatively limited, and therefore you get foreign investors congregating in similar sorts of stocks,” he says.

“Foreign investors see airports as local monopoly operators of travel, long-life and long-duration assets with decent cashflow. In terms of the Chinese consumer, as people travel internationally more, fees go up and consumers buy more duty free,” he adds. “However, the local investor tends to find those adverts a little boring, dull, slow-growing, and so foreign investors tend to congregate in areas like that.”

China’s opening up presents the rest of the world with new ways to tap into the Asian market, plus the diversification benefit of consistently lower correlations in Chinese equity versus developed markets. The equal and opposite reaction is that greater foreign participation puts China on a more sustainable growth path – and it appears to recognise the benefit of using foreign capital market practice as a way of helping to encourage reform within Chinese companies.

“There is a huge opportunity but admittedly, this is really the very beginning of the Chinese domestic market,” says Jie Lu, head of China research at Robeco. “We are at the stage where we have this awareness of ESG [environmental, social and governance], which is very good and is driven by the government and long-term investors. The next step is for more companies who are willing to have a dialogue, resulting in more engagement.

“With more ownership, companies are forced to listen to investors and what they care about,” he adds.

The global fold
With a total market capitalisation exceeding $11.7 trillion, the Chinese equity market is the world’s second-largest after the US. Today, it is also home to quality companies that have strong balance sheets and generate good cash flows, notes BNP Paribas’s Caroline Yu Maurer. The structural themes that make the region such an exciting prospect for investors include the rise of a sizeable middle class with increased spending power and wide-scale urbanisation.

In February, global index compiler MSCI announced that it will increase the weight of China A-shares in its global benchmarks from 5% to 20%. The three-step process will occur in May, August and November 2019. With further benchmark inclusions, MSCI is recognising the increasing importance of A-shares in global capital markets and, most to the point, the increasing ease with which foreign investors can engage with them.

“In our view, the decision by MSCI – and FTSE – to include a portion of China onshore companies in their indices represents a major milestone in the mainstream acceptance of Chinese equities in global investors’ portfolios,” says Maurer. “The A-share market’s progress towards globally accepted rules and regulations should help ease foreign investor concerns. Inclusion should boost investor sentiment and, over the long term, flows into China.”

While a move towards full inclusion takes time (nine years in Taiwan’s case, and six in South Korea’s), it provides China with a roadmap. “A further increase in the weight of A-shares beyond 20% would largely depend on the Chinese authorities addressing the remaining market accessibility problems such as access to hedging and derivatives, the short settlement cycle of China A-shares or trading holidays on Stock Connect,” says Maurer.

At present, accessing A-shares is typically through a regional portfolio such as Greater China or pan-Asia. But as China journeys towards full representation in indices, its sheer size in an Asian context means that people will start looking at Asia ex-China.