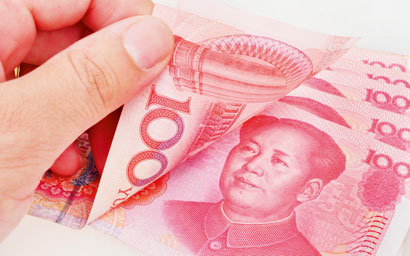 China’s bond market is on track, some say, to be the world’s biggest, but concerns about systemic risk dissuade foreign investors. George Mitton reports.

Every host knows the problem: at the start, no one comes to the party. As time ticks by, a few early birds arrive, looking around them and wondering why no one else is there. Then, as if a drawbridge has lowered somewhere, everyone arrives at once and suddenly there is a queue at the bar ten people deep.

The authorities in charge of liberalising China’s onshore bond markets are in the difficult middle stage. In February, they relaxed many of the rules governing overseas investment in onshore bonds, causing foreign investors’ bond holdings to rise 15% between February and June, according to the central bank.

That growth, however, came from a low base; foreigners still own less than 2% of the market.

China would like more foreign institutions to invest onshore, believing they would supply long-term capital to steady the market. But most foreigners are wary. The stampede has yet to be unleashed.

IT'S BIG
No one disputes the size of the opportunity. Estimates vary between $6 trillion and $9 trillion, making China’s bond market the world’s third-largest after the US and Japan.

On some measures, China is already leading the globe. In 2014, China’s corporate debt market overtook that of the US, according to ratings agency Standard & Poor’s. Some estimates suggest China’s overall bond market could in fact become the key global bond benchmark by the middle of the century.

The rule changes in February ought to speed the rise of Chinese bonds. They allowed a range of offshore investors, such as asset managers, pension funds and banks, to register to buy interbank bonds using a simplified one-step filing process. Potential buyers no longer needed to wait for quotas under the qualified foreign institutional investor (QFII) scheme, nor would they face a lock-up period or other restrictions on repatriating money.

All these developments come alongside China’s efforts to internationalise the renminbi, which were rewarded by the currency’s inclusion in the special drawing rights (SDR) basket by the International Monetary Fund on October 1.

CAUTION
Yet institutional investors are still hesitant about buying mainland Chinese assets. Some say that despite the reforms seen earlier this year, the tax treatment for foreign investors remains unclear. Others are concerned the authorities might unwind some of the liberalisation programme when it suited them. The ‘circuit breakers’ fiasco in early 2016, when the China Securities Regulatory Commission intervened to halt trading in equities, makes some investors fearful of similar interference in the bond market.

But can these reservations alone explain the low take-up from international investors? Some point to other culprits, namely the investment banks, which, as providers of the major global bond indices, have yet to include Chinese onshore bonds.

Banks such as JP Morgan say they are reviewing whether to include Chinese bonds in their indices. 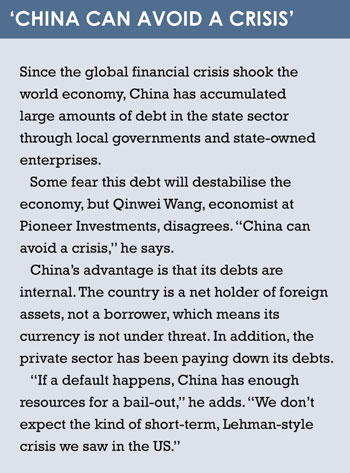 The chief executive of FTSE Russell, another index provider, has reportedly said he expects Chinese bonds to enter the major indices within a year. However, it is clear the banks’ own commercial interests play a role in deciding what bonds should be included.

“The criterion for including any market is whether the bank trades that market,” says Dehn.

“They’re not going to open an index with bonds they have to price every day if they don’t trade them themselves.”

In a sense, then, the index providers that act as gatekeepers to the Chinese bond market are also in the position of hesitant party guests waiting outside. They are also part of the herd. Once one major index decides to include Chinese bonds, it is likely the others will soon follow.

DEBTS TO PAY
Some investors have other reasons for staying clear of Chinese bonds – the fear of a financial crisis.

The prediction that the Chinese economy will implode is not new. Given the huge accumulation of debt in the country – much of it the result of stimulus in the wake of the global financial crisis – a number of economists have predicted a looming crash.

They suggest opaque data from China’s state-owned banks along with the large shadow banking system have conspired to conceal the extent of China’s debt problem.

If you believe this view, then buying Chinese bonds seems a big mistake. And many people do seem to believe it.

“The idea is that the Chinese banking system is going to crack and we’re going to see a rerun of the global financial crisis,” says John Looby, portfolio manager on the global equities team at Kleinwort Benson Investors.

“It’s almost become a consensus view. ‘Watch out, the next horror story is coming to a cinema near you, called China.’”

But a counter-argument is that the Chinese state is a very different entity to the US or European states.

One option would be to allow the bad debts to sit on the bank balance sheets, which was broadly the response of countries such as Looby’s home nation of Ireland after the global crisis. Another option would be to shift the bad debt on to the state’s balance sheet in the form of a bad bank, effectively a larger version of what Ireland did with the National Asset Management Agency. “They have those choices,” says Looby.

HEDGING
There is another problem facing potential foreign buyers of Chinese bonds – the lack of hedging instruments.

Without them, investing in Chinese bonds means foreigners are exposing themselves to the volatile renminbi.

“Because the currency has only become more market-driven since August of last year, we don’t have a well-developed hedging market yet,” says Aidan Yao, an economist at Axa Investment Managers. “If you can’t hedge out currency risk then investing in Chinese bonds is two bets, one on the local bond market and one on the renminbi.”

Yao says the Chinese authorities could encourage more foreign institutional bond investment by leaning on the financial sector to offer more hedging instruments such as options and futures.

Right now, these are available in the offshore renminbi market, but because liquidity tends to be low, premiums are high. “You need a regulatory push to develop this market,” he says.

Hedging instruments would help in bringing in international investors, as would inclusion in the major bond indices. Both are on the horizon. Maybe, soon, the party will begin.