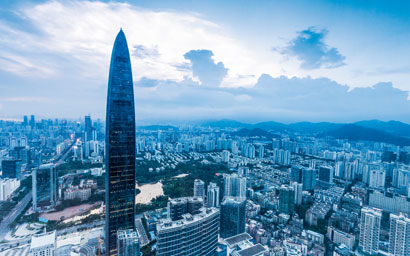 Managers of Chinese equities draw a distinction between the old and the new China, but this dichotomy is simplistic, finds George Mitton.

The 2014 film Factory Boss by director Zhang Wei presents a memorable example of the struggle faced by low-end manufacturers in China. Set in Shenzhen, it follows the desperate efforts of an owner who tries to keep his toy-making factory open in the wake of the financial crisis of 2008; orders from the US plummet, workers strike over unpaid wages and his competitor firms either go bankrupt or move their operations to cheaper Asian countries such as Myanmar.

The plot presents, in miniature, the death throes of an entire economic model. In the past 30 years, China became the workshop of the world, producing billions of units of cheap manufactured goods, and transforming itself with new roads, power stations and ports. But now that wages have risen, China is no longer competitive.

Fund managers have drawn a lesson from this shift. No longer is it fashionable to invest in low-end Chinese manufacturers and other firms in the so-called ‘old economy’. Instead, fund managers are investing in the ‘new’ China, such as the technology, travel and consumer goods sectors.

The old versus the new seems a compelling argument, but is it that simple?

TIMES CHANGE
The economics of the situation are reasonably clear. In 1999, the average salary in China was about $1,000 a year. Today it is ten times as much. To benefit from lower production costs, manufacturers have moved factories from China to countries where wages are lower and where, as Factory Boss grimly implies, governments have yet to implement worker protections, such as overtime limits, that the Chinese authorities now enforce, albeit imperfectly.

“If you look at the clothes you buy, ten years ago every piece was made in China. Now you find more and more made in Cambodia or Turkey,” says Jian Shi Cortesi, portfolio manager of Asian equities at Swiss-based asset manager GAM. “China is simply not competitive any more in low-end manufacturing. It has to change or fail.”

The trend has been painful for those struggling manufacturers and the workers who depend on them – in Factory Boss, bankruptcy drives one factory owner to suicide – but, on a national scale, this trend reflects a rising standard of living. Chinese people have more money in their pockets than before and more home-grown companies have sprung up to help them spend it. These, in essence, are the ‘new China’ companies so beloved of fund managers.

What kind of companies? Airlines, technology firms and media companies, for example.

“In the past, consumption in China was more about buying ‘things’,” says Cortesi. “Now people are spending more on intangibles such travel and entertainment.”

Chinese people are also spending money on school and university fees, a trend that will surely accelerate now that the scrapping of the one-child policy has caused a rise in newborn babies. Those births, in turn, will bring demand for baby food, homes, and, perhaps, for toys, though the next generation of Chinese parents may well import their dolls from Vietnam rather than Shenzhen.

DEAD HAND
The language by which fund managers describe ‘old China’ companies helps to reinforce the argument that new trumps old. In analyst notes, steel-makers are always “lumbering” and state-owned enterprises always “bloated”. The impression is that old China is slow and inefficient, while new China is whizzy and exciting. However, look closer and the distinction seems slippery.

However, the company reported a rise in net profits of 38% in the first half of the year, hardly a sluggish pace. Raper expects more growth as bus routes are introduced across China, a nation that currently has only a third of the bus penetration of other north Asian countries. A key attraction of Zhengzhou Yutong Bus is that, as well as traditional vehicles, it makes electric buses.

Raper believes the dichotomy between old and new China can be unhelpful. Toll roads hardly seem part of the ‘new’ economy, yet they can be an appealing way to invest in infrastructure development. Neither would he write off state-owned enterprises, which tend to be regarded as ‘old China’. Run by bureaucrats with orders guaranteed by the government, these firms are sometimes seen as inefficient legacies of China’s communist economy. Yet, to ignore these firms completely would be foolish, because they can change.

“To say that state-owned enterprises are bad is a naïve way to look at these firms,” says Raper. Zhengzhou Yutong Bus, for instance, was formerly state-owned but now the largest shareholders are the management team.

REFORM, REFORM
A rigid division between old and new can in fact blind investors to one of the most interesting trends in China, the reform of state-owned industry. Raper points to Yili Group, a dairy firm, whose largest shareholder is the Inner Mongolia provincial government, but whose management team own stock options which, if vested, would make them the largest shareholders. Another firm, Shanghai Ports, did a rights issue last year that transferred more than a fifth of the company to 2,000 employees in a stock option plan.

“If you say state-owned enterprises are bad, with a broad brush, you will miss some of these trends,” he says. “Equally, just because a company is private, it doesn’t mean we trust the major shareholders. It’s not that simple.”

State-owned enterprise reform is exciting because it promises to raise profitability at some of China’s largest companies. Unlike many highly valued new-economy stocks, these firms tend to trade at relatively low valuations of around 12 or 13 times earnings. Successful reform could mean significant price growth.

“The spirit of reform is to let go of control and allow market forces to run companies, but the guiding principle of the Communist Party is to run the country with control,” says Lo. The reform agenda, therefore, faces an internal conflict.

Change is possible. In the late 1990s and early 2000s, state sector reform closed down 60,000 inefficient state companies and achieved a sharp rise in margin returns on investment in the economy. Whether the country can repeat the trick depends on the will of the new members appointed to the Politburo Standing Committee at next year’s 19th Party Congress.

IT’S COMPLEX
Investors and fund selectors might consider that a manager who relies too much on the old/new distinction may be poorly informed about the complexity of China’s economy.

Some old-economy stocks have unassailable market positions with enviable access to resources and a direct line to Beijing. In contrast, many new-economy companies trade at dizzying valuations – and not every e-commerce firm can become ‘the Chinese Amazon’.

Perhaps it is best to take a cue from Eastern philosophy and consider that, like yin and yang, the old and new China are both part of a complementary whole.