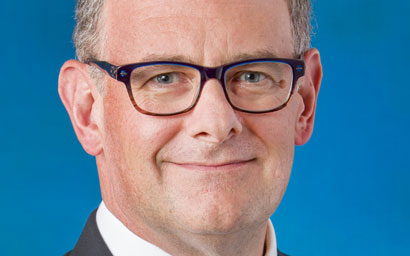 The question of foreign ownership has long been a sticky one in China, whose government has an understandable wariness about surrendering control of key industries to overseas companies.

In the past, the only way foreign asset managers could operate on the mainland was through largely powerless representative offices or as junior partners in joint ventures with mainland firms.

However, the authorities are starting to relax. The first asset management joint venture in which the controlling partner was a foreign company, albeit a Hong Kong one, Hang Seng Bank, was approved earlier this year.

Other structures are being tried. JP Morgan Asset Management says it has achieved a milestone by gaining a licence for a wholly foreign-owned entity (WFOE) with permission to do investment management on the mainland.

Michael Falcon, the firm’s Asia-Pacific chief executive based in Hong Kong, says the licence will help build the company’s business in the country.

WHAT IT DOES
WFOEs have been around for some time. Aberdeen Asset Management was the first asset manager to claim it had gained a WFOE allowing it to act as a securities firm in mainland China. The announcement came in September 2015 to coincide with a visit to China by the UK’s then chancellor, George Osborne. However, JP Morgan says its licence goes a step further than Aberdeen’s.

“What makes this different is it’s the first ever WFOE with asset management in the name,” says Falcon. “In China, what things are called has a lot to do with what they can actually do.”

And what will the new WFOE do? It is unclear. Although the licence ostensibly permits JP Morgan to do advisory work, consulting and investment management, the firm is not planning to begin all these activities at once and, Falcon admits, “most will require additional licences”.

Neither will the WFOE be a large operation, at least to begin with. He does not expect more than one or two staff members initially, such as a lawyer and a compliance employee.

It seems that the WFOE, like an acorn, will start small.

OTHER FRONTS
However, the WFOE is not Falcon’s only strategy for building the JP Morgan Asset Management business in China. The firm also has a longstanding joint venture, China International Fund Management (CIFM), in which Shanghai International Trust Company is the majority shareholder. Unlike some such joint ventures, which have been reportedly acrimonious, Falcon claims the relationship between the partners has been mutually beneficial.

JP Morgan has also been successful in raising mainland money under the mutual recognition of funds scheme between Hong Kong and mainland China. One of only six Hong Kong-domiciled funds approved for mainland distribution to date, JP Morgan’s Asian Total Return Bond Fund has dominated distribution by scooping up about 90% of the scheme’s flows so far, according to the State Administration of Foreign Exchange.

Falcon attributes his firm’s successful asset raising to its joint venture, which means it has a good distribution reach on the mainland. The firm has also invested in briefing sessions for financial advisers in China in which the firm encourages them to recommend its funds.

“China is a place where local knowledge and relationships really matter,” he says. “The challenge for Hong Kong firms is not just having the funds and getting them approved but building distribution in China. We’ve been partners with CIFM for a number of years and our activity now is the dividend of years of hard work in building relationships.”

JIGSAW
Given these activities, Falcon sees the WFOE as one part of a larger jigsaw. Alone, it is not going to impress the world, but he hopes in time to connect the WFOE to the firm’s other onshore operations. The plan, in time, is to increase headcount there so that the firm “can do business as a Chinese company in China”.

Certainly, the potential for business is intriguing, especially given the many steps the Chinese authorities are taking to liberalise the country’s capital markets. Falcon says he sees “a constant drumbeat of progress” as initiatives such as the Stock Connect scheme are extended to include the Shenzhen Exchange.

That said, success in China never comes quickly for foreign firms. “It’s not a case where you fly in, have a couple of meetings and get it done,” he says.

“The WFOE didn’t happen in a week. It took months to fill out the required submissions, respond to questions and garner the appropriate approvals.”

JP Morgan’s numerous Chinese-speaking staff were necessary to complete the documentation, he says, alongside legal advisers to interpret the regulations.

“On one hand, it’s easy to get frustrated,” he says. “Sometimes, a set of approvals you thought would be sufficient aren’t, and additional approvals are required, but I feel the regulators are competent. They’re figuring it out as they go along and they’re entitled to do that because there is a lot at stake.”

FLYING HIGH
It is an exciting time for Falcon, who arrived in Hong Kong two years ago. He has been with JP Morgan since 2010, formerly leading its retirement business in the US. Before that, he ran his own consulting firm.

“I started my career with Chase Manhattan back in 1985, which makes me old, according to my kids,” he says.

Living abroad has been an interesting experience, not least for Falcon’s family, which is now spread out across the globe.

“My wife splits her time between Hong Kong and our home in New Jersey. Our son is in graduate school in Europe and our daughter at university in California.