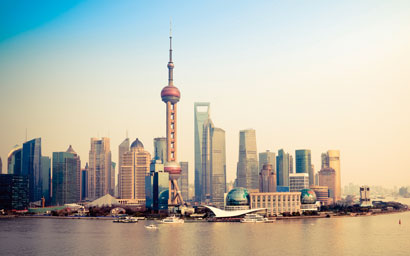 Despite improved accessibility, managers of China funds are still wary of investing on the mainland. George Mitton reports.

The green water of Hong Kong’s harbour lapped against the stern of the ferry as it churned its way to the pier.

“I don’t invest in any mainland stocks,” said the fund manager, gesturing vaguely to the vast territory beyond the coastal mountains – China.

Strange as it may sound, his Greater China equity fund is not unusual in holding no mainland-listed equities, the most important of which are renminbi-denominated A-shares. In fact, many Chinese equity funds invest only in Chinese companies that are listed overseas, either in Hong Kong, where they are called H-shares, or in developed markets such as the US, where Chinese technology giant Alibaba and others are listed. (See box on page 11.)

The Chinese authorities would like to welcome more foreign institutional investors on to the mainland exchanges to help stabilise the volatile mainland markets. Why are foreigners so hesitant?

BARRIERS
Avoidance of mainland-listed equities is commonplace. The “vast majority” of Greater China funds from Western asset managers contain no A-shares, according to Stewart Aldcroft, a senior adviser to Citi, based in Hong Kong.

Patrick Ghali of Sussex Partners, a UK-based fund selector for institutional investors, agrees. Few of the Greater China funds he deals with have significant A-share exposure, he says.

One reason fund managers avoid the mainland exchanges, in Shanghai and Shenzhen, is that they contain a high proportion of retail investors. These individuals tend to trade fast and often, responding to rumour and speculation rather than sober analysis of company reports and earnings.

A trend to invest with borrowed money exacerbates big swings in the market. The result, says Nicholas Yeo, a fund manager at Aberdeen Asset Management, is that the A-share market, “has become like a casino”.

It makes it worse that insider trading is believed to be commonplace, as well as vague reporting standards and questionable governance that might not be allowed in the more closely scrutinised environments of Hong Kong or elsewhere. To top it all, many mainland-listed firms are inexperienced.

There are other problems. China’s stock market is still young and its regulators unpractised, as revealed by the widely criticised ‘circuit-breakers’ intervention at the start of the year. Although the China Securities Regulatory Commission, the regulator, has had a leadership overhaul since then, the likelihood of further intervention from the Chinese authorities leaves many investors feeling apprehensive.

CHANGE COMING?
The authorities, however, would like more foreign institutional investors to come in, understanding that these investors could be a stabilising force. Institutional investors bring long-term ‘sticky’ money and introduce market discipline through their focus on balance sheets and their eye for good governance.

The authorities have taken numerous measures to make A-shares more accessible to foreign investors. The latest is the extension of the Stock Connect scheme to Shenzhen.

Launched in 2014, the first version of Stock Connect allowed investors on the Hong Kong exchange to buy Shanghai-listed stocks, while mainland investors could buy Hong Kong-listed stocks provided they met a minimum wealth requirement. This year, China has promised to extend the scheme to include the Shenzhen Exchange, the second-biggest in the country, as well as remove most of the quota limits on the programme.

The extension might attract more foreign buyers on to the mainland because the Shenzhen Exchange contains many companies that are only available there, unlike certain Shanghai-listed stocks that have secondary listings in Hong Kong.

Some of these Shenzhen-listed stocks are attractive to fund managers, as they are young, entrepreneurial businesses, such as internet companies.

“The Shenzhen exchange reflects the new economy,” says Christopher Chu, a fund manager at UBP Asset Management who is based in Hong Kong.

INDEX LACK
Another potential catalyst to foreign investment would be a decision by index maker MSCI to include A-shares in its widely followed Emerging Markets index. After deciding against inclusion for three years in a row, pressure is building on the index compiler to reflect market realities and include the huge A-share market.

MSCI is due to announce the result of its next review in 2017, though it has not ruled out an earlier announcement. When and if that inclusion comes, it would likely be in a staged process, probably following the example of FTSE, which has already added a portion of A-shares to its own emerging markets index. The move would trigger immediate inflows into A-shares from passive funds that track the index and encourage some active managers to buy A-shares too.

The problem for MSCI is that its decision must reflect the will of its members, the world’s largest institutional investors, which seem not to be ready to invest in A-shares. China, however, is responding by continuing to relax its rules, with reforms on rules for repatriating capital and a relaxation of the qualified foreign institutional investor schemes (QFII and RQFII). According to Chu, these developments “make it harder for MSCI to reject China a fourth time”.

HIGH PRICES
However, a more fundamental point remains to be addressed: A-shares are not cheap.

For those stocks that are cross-listed between Shanghai and Hong Kong, valuations are currently about a fifth cheaper in Hong Kong.

“From the relative valuation perspective, it makes more sense to play in the H-shares space,” says  Aidan Yao, an economist at Axa Investment Managers.

Prices are even more eye-catching on the Shenzhen Exchange and the small-cap index where valuations are “extraordinary” and “multiple times higher than the equivalent of H-shares,” he adds.

The Chinese government will have to do something about the disparity between onshore and offshore-listed prices if it wants to encourage more foreign inflows to A-shares. There are two ways this could happen: a recovery in profitability on the mainland or a sharp fall in stock prices. Clearly, the government will hope for the former.

State-owned enterprises are cheap because they are considered to be inefficient. However, if the government succeeds in reforming state-owned enterprises, as it declared it would during its 18th National Congress (held in November 2012), valuations might rise. Money might flow from the small-cap stocks into these firms, balancing the market, and foreigners might be persuaded to bring in more capital.

It will take time. Reform of state-owned enterprises is hampered by a contradiction: reform means giving company management teams more independence, bringing in independent directors and allowing failing companies to default on their loans so as to allow the market to price their debt and equity more accurately. But China’s communist government is wedded to the notion of centralised control.

The struggle for market reform is likely to determine China’s economic direction for some years to come. Success or failure may also determine how much foreign money makes its way into A-shares and how much stays in Hong Kong, Taiwan and the US.