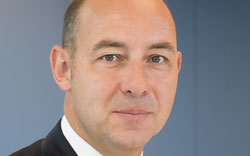 Funds Europe talks to Philippe Seyll about Clearstream's China strategy and the importance of global connectivity.

The last has seen an unprecedented amount of international expansion from Chinese asset managers and financial institutions. Much of this expansion has centred on Europe. Many of the largest banks in China, such as Bank of China, China Construction Bank, Industrial and Commercial Bank of China (ICBC), have already established Luxembourg-based subsidiaries. Clearstream is cooperating with ICBC in their capacity as a Luxembourg RMB clearing bank and supported the first European issuance of an offshore Chinese Renminbi (RMB) Schengen bond by Bank of China Luxembourg earlier this year.

Now there have been some notable fund launches. In October, ICBC became the first EU-registered Chinese bank to enter the European investment fund industry when it launched an actively managed Ucits fund from its Luxembourg-based headquarters.

Meanwhile Harvest Global Investments, a Hong Kong-based subsidiary of Harvest Fund Management, which is China’s largest institutional asset manager with $50 billion under management, is set to become the first Chinese asset manager to set up a London base following the launch of its first actively managed A-shares Ucits fund, launched in conjunction with London-based Heptagon Capital.

Elsewhere other Chinese fund houses such as E Fund Management, Haitong Securities and CSOP Asset Management are expected to open European headquarters early in 2015 after launching a number of European-focused ETFs in 2014.

These developments are all part of a trend from China-based managers to bring Western investors into China. It is a trend that will only grow as the demand for China A-shares and RMB bonds remains strong and as the government continues to manage international exposure to the RMB as part of the long-term plan to internationalise the currency.

For Clearstream, the international market infrastructure provider and its investment funds division, China is a critical part of its development work in Asia, says Philippe Seyll, member of the executive board and head of Investment Fund Services at Clearstream.

In September 2010, Clearstream opened its settlement system to the RMB held outside of China via its Cash Correspondent Bank in Hong Kong.

With the launch of the Shanghai-Hong Kong Stock Connect on 17 November 2014, Clearstream is currently the only ICSD able to offer access to China A-shares and to provide a range of settlement and custody services for this highly sought-after asset class via its existing Hong Kong link, Citibank NA. In addition to participating in market infrastructure projects like Shanghai-Hong Kong Stock Connect and the upcoming China Hong Kong Mutual Fund Recognition (MFR), Clearstream is also working with Chinese banks and financial institutions as they develop internationally – in Europe, Latin America, MENA and further abroad.

A central tenet of Clearstream’s China strategy has been its close collaboration with the Asset Management Association of China (AMAC). In 2014, Clearstream held an event with the AMAC in Beijing on market infrastructure and it is planning a similar event in 2015.

“These kinds of events are critical in helping Chinese asset managers to connect to the international funds industry. In the future, the asset management industry will be all about global connections combined with market and operational efficiency. This is what Clearstream is all about. Connectivity is in our DNA.”

Asia is an important market for Clearstream, says Seyll. However, it is still something of an enigma for many international service providers, especially China. For example, one of the biggest success stories in China of recent months has been the growth of the online retailer Alibaba.com and its €65 billion money market fund.

This has led to much debate about how e-commerce could radically alter the distribution channels in the Asian fund market, however Seyll believes there are more aspects to consider. “It is easy to sell money market funds when rates are between 4 and 6% but if this rate was to reduce, this success could shrink,” says Seyll. “Are the Chinese willing to gamble with their savings? Is there a personal pension system to speak of? There is no obvious evidence that anyone has found the magical solution to tapping into the wealth of the Asia market.”

In addition to the number of Chinese asset managers launching European funds there are the various regional passporting initiatives across Asia designed to establish domestic investment vehicles to rival the growth of Ucits funds in Asia. Of most interest to the international investment fund industry is the China Hong Kong MFR scheme, which they hope will allow access to the lucrative investor base in mainland China.

However, Seyll believes the MFR is just another step in the Chinese authorities’ plan to position its domestic market for more long-term success rather than an end in itself. “We are betting on MFR being an intermediary phase that won’t last long. We think a better mid-term plan would be to establish direct links to the Chinese market either on our own or through partnerships with local players.”

Seyll also believes there are bright prospects for exchange-traded products, mutual funds that are traded via an exchange. “As China develops and becomes more open to the international market, investors will be looking for cost-effective savings vehicles. In this regard, exchange-traded mutual funds have two important attributes: they are traded on an exchange which makes the current debate about distribution channels irrelevant, and they track the market.”

Clearstream, says Seyll, is ideally positioned to service the Chinese market. “As a group, we have all the products that are needed. We have a stock exchange (Deutsche Börse has a memorandum of understanding with the Shanghai Stock Exchange), we are one of the biggest ICSDs with €12.4 trillion of assets under custody, €700 billion of which are investment funds. In Vestima we have a full service model for fund processing that includes mutual funds, hedge funds and exchange traded funds. It is a one stop shop that no one else is able to offer.”

Clearstream has no ambition to compete with its own clients says Seyll. “We do not want to be a distributor or even a platform; we want to provide a service that leaves those areas intact. Our heritage is in market infrastructure and we feel it is important to focus on promoting connectivity.”

The first step in this direction will be in May 2015 when Clearstream will return to Beijing for another joint seminar with AMAC. The next step will be to further develop the relationships Clearstream has already developed with key local players, says Seyll.

“We are going to actively look for partners to find ways to link directly to the Chinese market both via an exchange and via back office services. We already have an MoU with Bank of China but we want to keep our options open so will be looking to work with other partners.”