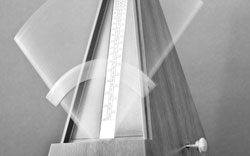 Following the first interest rate cut in two years, all eyes are once again on China's authorities to deliver a soft landing for the economy, writes Nick Fitzpatrick.

Xi Jinping, the president of the People’s Republic of China, has the task of quelling concerns about China’s debt level, while at the same time preventing economic growth from contracting too far. The difficulty for the reform-minded president is that clamping down on debt threatens to undermine China’s already flagging growth, which is being watched anxiously by international investors.

Fund managers’ concerns about China’s level of debt centre mainly on shadow banking and its housing boom. For example, shadow banks are partly responsible for a 70% rise in debt in China’s local government sector.

“The primary and fairly near-term concerns in China centre on credit, and these have been brewing for a while: property prices and shadow banking,” says BMO Asset Management in a recent 2015-2020 investment outlook, called The West Rides Again.

Reforms leading to lower debt levels could slow down the economy. The central bank lowered rates in November, a measure normally meant to boost growth. As China tries to create the perfect mix of growth and stability, fund managers are watching President Xi closely as he tries to engineer the hoped-for soft landing.

Debt is colouring investment views about China. In the early days of the financial crisis in Europe and America, the image of the swinging pendulum was used to represent how emerging economies were growing stronger while developed markets became weaker. The long-term growth stories of economies from Brazil to China underpinned the pendulum metaphor.

But in the weeks following the collapse of Lehman Brothers, the shorter-term investment story was that emerging markets not only offered growth in the long term, but acted as a shelter from the effects of debt, or leverage, that were rampaging through developed economies in the immediate term.

Europe and the US had built up dangerous levels of leverage fuelled by homeownership; emerging markets, in comparison, had been more sensible.

Yet leverage in emerging markets, particularly in Asia and including China, now worries some investment managers.

EXCESSIVE CREDIT
Since the collapse of Lehman Brothers in 2008, analysts at Axa Investment Managers note in recent investment research, debt in emerging markets has increased excessively. Credit has been rising faster than nominal GDP and, the analysts say, the more rapid that credit growth is, the more likely are non-performing loans (NPLs) to appear.

Though the ratio of NPLs to total loans in China is currently low, the country has experienced fast credit growth and Axa cites it as one of a handful of countries that risk a rise in NPLs in the future. (The others are Brazil, Turkey, Indonesia and the Philippines.)

Asia as a whole is the region with the most excessive credit growth since 2008. House prices have seen some of the fastest increases during that period.

In Beijing, house prices were rising at 16-17% annually, well into 2013, according to BMO. This same pattern existed in most major cities in China.

In shadow banking, the other area of concern, debt in the sector has risen to represent more than 100% of China’s GDP and, says BMO, this raises concern about defaults and how the authorities would deal with them.

A key borrower of debt in China is local government. According to Axa, the vast accumulation of debt at the local authority level has led many to fear an incoming fiscal crisis. Using a National Audit Office report, Axa says local government debt grew by almost 70% in the past three years to 17.9 trillion renminbi (€2.3 trillion).

However, China remains one of the least leveraged countries in the world, Axa notes. In absolute terms, total fiscal debt stood at 56% of GDP at mid-2013. The real problem is the speed of debt accumulation, a problematic financing structure, and the potentially contagious effect of debt reversal on the wider economy, Axa says.

While the developed world has been deleveraging, other parts of the world have been leveraging up, including China. In some respects, it’s as though the pendulum were swinging back towards developed markets.

SOFT LANDING
And so all eyes are on President Xi. Since his term began in March 2013, he has introduced, or announced, numerous reforms targeting financial institutions, state-owned enterprises and pollution.

His government has taken measures to reduce fears about the property boom and shadow banking. For example, he made property buyers stump up higher levels of cash for housing down payments and tighter regulations of shadow banking reduced credit in that sector.

Also, sweeping fiscal reforms aim to deflate the local government debt bubble. For example, the authorities have revamped the Budget Law to try and clear up the problematic financing structure of local authorities, a measure Axa describes as encouraging.

Arguably, these and other measures are what China needs if the authorities are to deliver the soft landing that investors have been looking for over the past two years. Yet the overall deleveraging in the economy is not helping growth in the short term. In fact, growth in China is slowing as the authorities try to contain the problems associated with debt.

“This slowdown has been the result of slower potential growth, a severe housing market correction, slowing credit growth and industrial overcapacity,” says Axa.

Commentators widely noted that the rate cut took place at the same time the US Federal Reserve was reducing its quantitative easing programme, which has boosted investment in emerging markets in recent years. For example, a note from CSOP Asset Management, a Chinese asset manager, says “these loosening policies have been offsetting impact from [the] liquidity withdrawn caused by [the] Fed’s decision to terminate the quantitative easing program[me]”.

The interest-rate measure was the latest in a series of stimulus policies to try and boost flagging growth.

Douglas Turnbull, head of Chinese equities at London-based Neptune Investment Management, notes the government has responded to slowing growth with two rounds of stimulus measures in the past year, which included targeted infrastructure investments and injections of liquidity into the financial system.

He adds: “In the fourth quarter, the People’s Bank of China took the more emphatic measure of reducing interest rates. In doing so, they declared their intention to reduce the real cost of credit to corporates and support growth.”

In response, there were two strong rallies from equity markets, although they were of shorter duration than at certain times in previous years, Turnbull says.

Challenges for the Chinese economy do not end at the housing bubble and shadow banking or local government finance. As the reform package suggests, they extend to industrial overcapacity and pollution.

Yet despite these challenges, there is one particularly positive sign: domestic household spending, which is increasingly a driver of growth, suggests the economy is rebalancing.

China annual retail sales have risen from about 0.5 trillion yuan in 2005 to almost 2.5 trillion yuan in 2014, according to Bloomberg and BMO data. This also reflects a rise in per-capita income and, taken together, these figures tend to confirm China’s move towards a more consumer-centered economy, says BMO.

This could help not only China, but wider Asia. In an Outlook 2015 report, Bill Stromberg, head of equity at T. Rowe Price, says: “The 2015 outlook [for Asia and China] will depend heavily on whether China can manage its transition to a more consumer-driven economy without a drastic slowdown in growth.”

He adds: “So far, growth appears to have stabilised in the 6% range, and the banking system’s credit problems, while significant, appear manageable.”

Axa analysts, too, note that “growth has increasingly been driven by household spending”.

The fiscal reforms, taken together with tighter regulation of shadow banking and the changes to state-owned enterprises, could underpin China’s longer-term expansion, according to the analysts.

Lower growth is a certainty, but perhaps President Xi can do enough to stop the pendulum swinging too far away from the East.