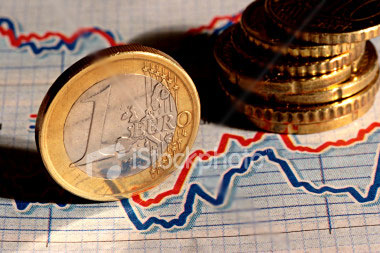 Christina Chung, fund manager at RCM in Hong Kong, talks to Fiona Rintoul about China, including concerns about inflation and whether the government needs to make consumers out of farmers

The Chinese market’s been on something of a rollercoaster ride of discovery since Chung joined Allianz in 1998, and her time in charge of the Munich-headquartered group’s China investments has been anything but dull. Perhaps just as well, then, that Chung was educated in laid-back Canada – at Brock University and the University of Alberta – and did a spell at the Royal Bank of Canada before squaring up to the never-ceasing challenge that is the Middle Kingdom.

Last year, the challenge for China was, of course, shrinking exports in a global economic slowdown. The Chinese government’s response was to put together one of the most aggressive economic stimulus packages known to man in a bid to keep GDP growth at the all-important 8% rate – a goal which appears to have been achieved.

“We still do not have the official numbers,” says Chung, “but 8% should not be an issue.”

Now the pot’s off the boil and the challenges have changed. The question for the government is how quickly or slowly to turn down the heat.

In December export numbers showed a very strong year-on-year rebound, says Chung, though that was partly because the December 2008 numbers were so low. Loan growth has dropped to 15-18% from 20-30% last year. Though this is really no more than a normalisation, it also points to some monetary tightening. Meanwhile, though the full-year inflation numbers had not come out yet at the time of writing, headline numbers were expected to show a jump in inflation.

Inflation has been propelled upwards by a rise in fuel prices, exacerbated by cold weather at the end of last year.

Internal focus
What the government is doing – and in China the government is all – is preparing the ground for a long-term shift away from reliance on exports and towards domestic consumption. Chung cites this as one of three key concerns for the government right now, the others being inflation and urbanisation.

The government’s focus on these three factors means it is unlikely to adjust the renminbi (RMB) exchange rate upwards any time soon – much less allow it to trade freely. Adjusting the exchange rate upwards could pile new pressure on exports and lead to new ‘hot’ money pouring into the market.

“Huge inflows of capital when China wants to contain inflation is not very desirable,” says Chung. “It’s better to keep the currency stable with a moderate appreciation.”

As for allowing the RMB to become fully convertible, that’s a long-term project with a timeframe of perhaps ten years, suggests Chung. It’s also a project that perhaps puts a little wind up China’s control-freakish central authorities.

“If the currency becomes more freely convertible then money can flow in and out more freely,” says Chung. “The government needs to feel comfortable that it can manage that flow.”

There are also practical considerations. The financial markets need to be able to cope with such a money flow and there are implications for the banking system.

“The whole system needs to be prepared,” says Chung.

In any case, these largely external matters are nothing compared to the main challenge facing China at the moment: the drive to increase domestic consumption. The ‘external environment’ may be a potential cloud on the horizon at the moment – should the global economic recovery falter, it has the potential to impact China’s much-petted GDP growth numbers, though the government has shown pretty clearly that it is ready to throw whatever it takes at the economic to keep growth at a bouncy 8% – but when investors look further down the road they are going to be thinking domestic consumption.

The shift from foreign direct investment to domestic consumption will, says Chung, be a multi-year trend rather than a quick shift – and it is a shift that is fraught with potential difficulties. Not least of these are cultural factors. Until now, people have been focused on control and increasing savings. The transition to consumption may not happen very quickly, and the market may therefore disappoint.

China has been talked up so much, and there has been so much on rising GDP and economic growth, it’s easy to forget that it’s still a relatively poor country. The real challenge for the government, says Chung, is whether it can make consumers out of its farmers.

“China is huge,” she says, “and most people still belong to low income groups. There is the lack of a medium-size middle class to start consumption.”

Challenges ahead
Factors that could help to boost consumption are improvements to the social welfare system and changes to the treatment of the large numbers of migrant workers in China.

“Migrant workers earn their income in certain cities and do not spend much,” says Chung. “They come and then go home. The government has recently talked about changing their status so that they can stay permanently.”

When I spoke to Chung the Chinese government had again hit the headlines for what we in the West would perceive as all the wrong reasons: on that occasion, censorship of Google. But like many China investors, Chung judges the government benignly. The main problem, she posits, is not with central government policy, but with its transmission throughout the country.

“The current administration has done a good job, but you have to bear in mind that China has quite a decentralised government,” Chung says. “The challenge is that some of the policies from central government don’t get implemented when they come to local government.”

Despite the undoubted challenges that China faces, over a five-year time horizon Chung is bullish, though not so bullish as to believe China will change the US any time soon.

“That will take many, many years,” she says. “The next target is to overtake Japan.”

In the meantime, Chung warns that while there is still a lot of scope for growth in China, we should not expect Chinese growth to reach double digits too quickly. Longer-term, though, she believes that China will grow at much faster rate than other parts of the world. The market capitalisation/GDP ratio will grow substantially and by 2020 Shanghai will have become an international financial centre.

The challenge for global investors is to have belief now. Do you wait for the adjustment in global economic power that is to come or do you adjust your asset allocation now? asks Chung.