Jim O’Neill, then a managing director at the investment management division of Goldman Sachs, published a game-changing research paper in November 2001.

O’Neill, now chairman of Goldman Sachs Asset Management, discussed the relationship these countries had with the G7 – Japan, France, Germany, Italy, the UK, the US and Canada.

With Bric he also created what has become one of the most well known acronyms in finance, economics and politics.

Since the paper was published, the four countries have been growing steadily, albeit growth took a hit during the global economic crisis. “While we have long expected the Brics to catch up with the majority of developed countries eventually, these shifts are happening even quicker than we envisaged,” a recently published update says.

“All four countries have reached, or are approaching, the range of the G7 countries in terms of the total size of their economies. However, living standards in the Brics continue to lag far behind the developed world.”

Goldman Sachs highlights five points:
•  In recent years, the Brics have continued their steady climb up the global rankings of economies by size, as measured by dollar-denominated GDP.
•  2009 and 2010 proved to be watershed years in this regard. China moved past Japan to become the world’s second-largest economy.
•  Brazil passed Spain and Italy to become the seventh-largest economy, and is now fast approaching the UK.
•  India and Russia both jumped over Spain to move into ninth and 11th positions, respectively.
•  Notably, the Bric’s positions look even more favourable when comparing countries’ GDP using PPP (purchasing power parity) exchange rates.

However, this staggering economic growth, has not translated into higher stock market returns.

The following table offers further proof, if necessary, that there is no direct correlation between economic growth and stock market returns. 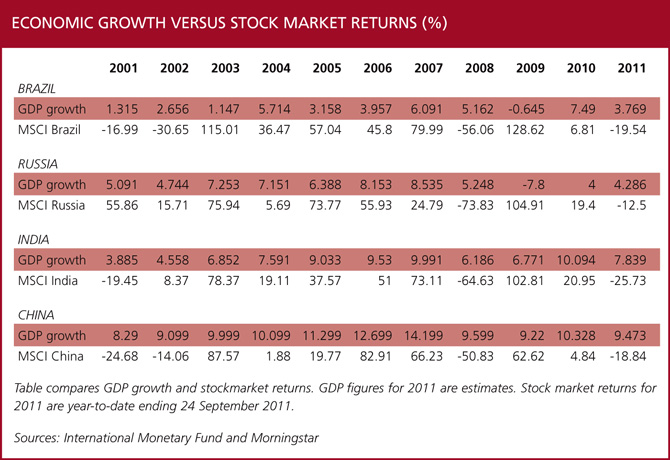 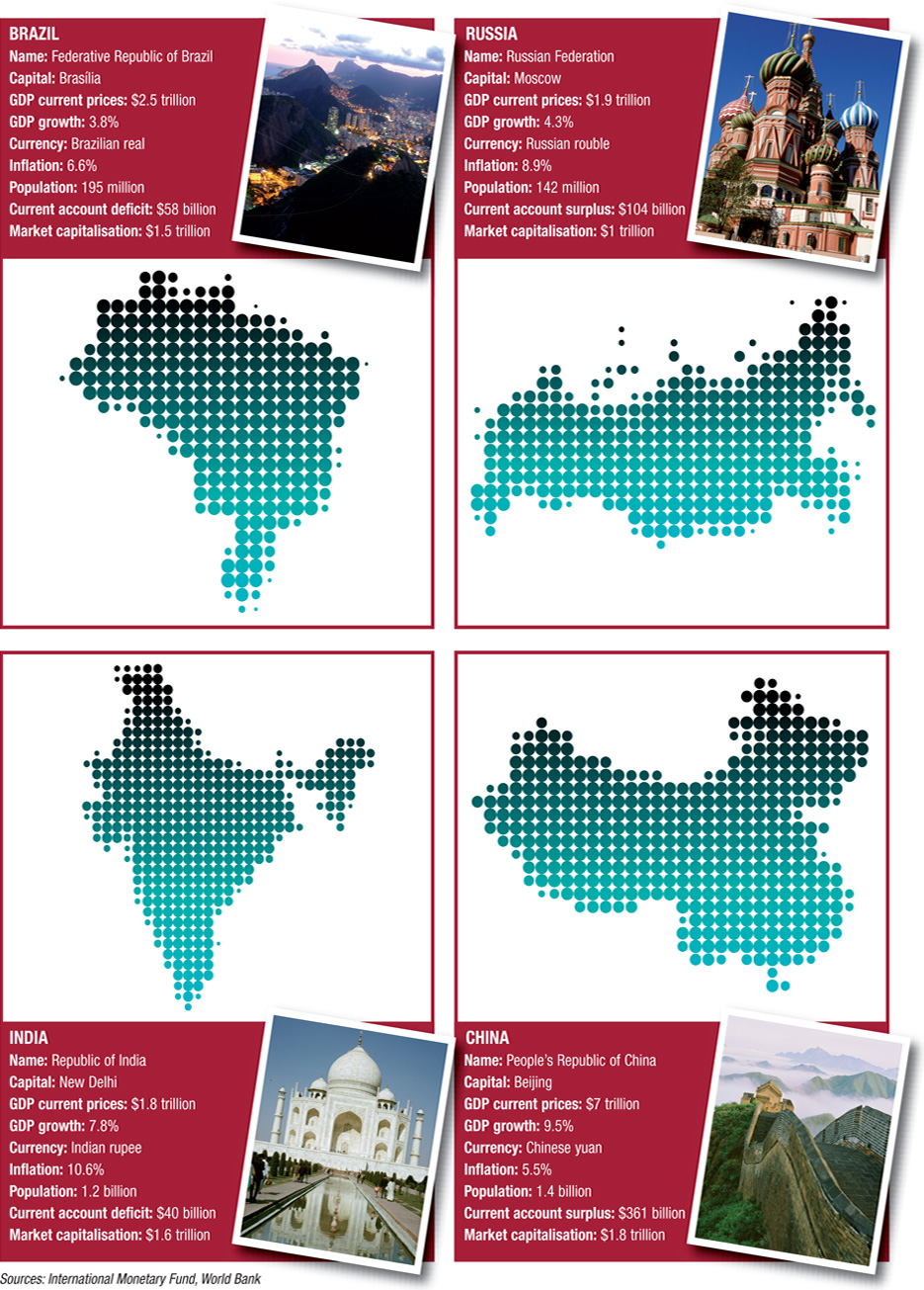