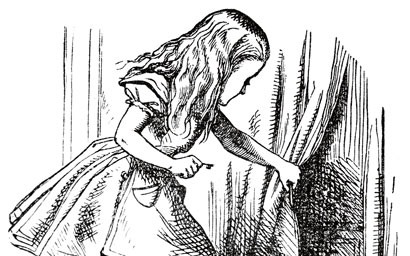 Yields on sovereign bonds and bank interest rates have moved into negative territory, making the world of fixed income a challenging place to navigate. David Stevenson finds out how asset managers are dealing with the new normal.

The yield for many countries’ bonds is now less than zero. Now that Europe has adopted quantitative easing (QE), investors are paying for the privilege to lend governments money. The idea sounds almost Orwellian, but there’s an appetite for these highly liquid and safe assets.

At the same time, banks are pushing interest rates into negative territory for deposits – and with reports of some banks even asking corporates to take their money back, the race is on to find the best place to park and invest your money.

David Zahn, head of European fixed income at Franklin Templeton, says the reason the ECB has introduced negative interest rates is so that instead of just sitting on cash, people use it to invest in assets. Switzerland, the favourite safe haven to deposit cash, introduced a negative rate of -0.75% on January 22. According to Christophe Bernard, chief strategist at Vontobel Asset Management, a symptom of this measure was an acceleration in the EU’s measure of monetary aggregate, a broad indicator of liquidity dubbed ‘M3’, to 4.1%, the highest level since the financial crisis.

Negative interest rates from banks is potentially great news for asset managers, as corporates need to put their cash somewhere. However, according to Robin Creswell, managing principal of global investment management firm Payden & Rygel, corporates use banks for more activities than simply depositing money. Banks will advise on bond issues, share buybacks, M&A and equity issues, but corporates are now realising that there is a hefty price for those other services.

“We want to work with corporates to show them that if you take money away from the bank, you can have your money held with a higher credit quality, more liquidity, lower investment risk and higher returns,” he says.

FIXED SPEND?
New prudential banking regulation in the Eurozone requires banks to hold more ‘safe’ assets as a liquidity reserve. This buying pressure is compounded with declining supply: fiscal austerity means fewer government bonds have been issued. This has caused yields to fall and prices to rise.

“We see a lot of inflow into fixed income, despite low yield. There’s still huge appetite there. Sometimes it’s driven by regulation, to meet the safety of liquidity, and you cannot expose 100% of your portfolio to equities because that is too risky,” says van Trigt. Zahn also says there are still returns to be made in fixed income, but with two-year government bonds issued by Switzerland, Denmark, Germany, Sweden, the Netherlands, France and Belgium carrying a negative yield to maturity, why would you hold these bonds in your portfolio?

Patrick Barbe, head of European sovereign and aggregate at BNP Paribas Investment Partners, sold bonds maturing within the next two years to buy bonds with a longer maturity – up to seven years – as it offers a higher yield. But even buying the shorter duration bonds might be a wise play in this market.

Holding negatively yielding bonds may be a good bet due to deflation.  Products in the eurozone are 0.6% cheaper in 2015 than a year ago, so the consumer price index is in deflationary mode. Deflation has been the result of an oversupply of commodities causing prices to plummet, as well as other factors including excess labour and debt deleveraging.

Part of the reasoning why the ECB launched QE was to deal with deflation, and with the trillion-euro programme starting last month, having a buyer of last resort might have tempted investors to buy negatively yielding bonds. They may be betting on the price of the bonds rising and therefore not be put off by the poor yield.

“The yield may be negative, but it could become even more negative, and prices could rise further in the short term due to QE creating a shortage of bonds,” says Barbe.

With core sovereign bonds yielding negative returns, investors may look at debt issued by peripheral Eurozone countries like Spain and Italy in the search for yield. Zahn says that emerging market economies in Europe are looking quite attractive from a fixed income perspective, with a 2% yield for Polish bonds with a 10-year maturity.

CORPORATE BONDS
With sovereign bonds yielding negative returns, investors may be tempted by blue-chip debt issuances, although many of these are zero coupon or close.

There are even signs that companies such as EDF, Nestlé and Royal Dutch Shell bonds may also be slipping into negative yielding territory. This is indicated only on the secondary market for now – they are not actually being issued with negative yields.

Zahn is also cautious of investing in corporate bonds. He says you should receive some positive yields from corporates to compensate for default risk. As they are zero-coupon bonds, he’s not willing to get involved.

But there are advantages in buying triple A-rated corporate bonds, Creswell invested in some blue-chip debt and the price has already risen by a couple of basis points since the purchase.

GAMEPLAY
In terms of strategies, Robeco’s van Tright favours subordinate bonds issued by financial institutions: they are investment grade but tier two. Being incredibly active in choosing which bonds to invest in is vital, he says – because if the institution gets in trouble, you are brought in as bondholders.

“One of our key beliefs is that there is a lot of divergence among fixed income across the globe. There’s a lot of freedom in a global universe, room to manoeuvre and get out of markets where there is not a lot of upsides and only risks,” he says.

Franklin Templeton’s Zahn has two main strategies: short duration funds where people are looking for quick positive returns, and the larger total return fund where the impetus is on positioning yourself well in this topsy-turvy market. He doesn’t think it pays to be too active, as with low yields, returns would be eaten up with transaction costs, “but if bonds become too expensive, we’ll sell them and buy something else”.

The jury is still out on what the real impact of the ECB’s QE programme will have on the bond market. It is driving yields down and through the looking glass into negative territory, but price moves inversely to yield so will continue its ascent. While exposure to equities has been given a massive lift by the programme, a recent Bank of America Merrill Lynch survey of fund managers found that although optimism is back to pre-bust levels, it is more muted for fixed income.