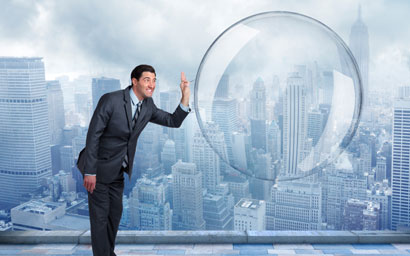 Continued declining yields may amount to a bubble in the corporate bond market that leaves investors dangerously exposed to a rise in interest rates, says ratings agency Fitch Ratings.

A BBB-rated, US corporate bond with a 10-year maturity could lose 15% of its value if interest rates were to rise 200 basis points to early-2011 levels, according to a Fitch scenario.

In the same circumstances, a bond with a 30-year maturity could lose a quarter of its value, says Fitch.

The effects of such market losses would be significant as the market for US corporate bonds is worth $8.6 trillion.

“The timing, pace, and magnitude of future rate increases is critical to how these risks play out,” says Fitch. “Monetary policy will likely remain accommodative for the next several years, reducing the near-term likelihood of a rate increase. However, a continuation of low rates could exacerbate the ultimate risks to investors, since over time a larger share of portfolios would consist of lower-coupon securities.”