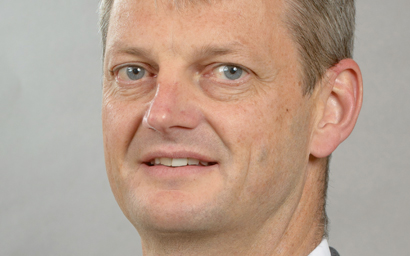 It’s probably fair to say that anyone doing the private equity and real estate (PERE) conference circuit back in 2012/13 would have found it difficult to get a fan club off the ground dedicated to the Alternative Investment Fund Managers Directive (AIFMD).

The debate at the time was largely around a European directive aimed squarely at the hedge fund industry in which private equity and real estate were caught in the crossfire.

The claims of substantially improving investor protection largely fell on deaf ears, while those predicting that implementing the directive would lead to more complexity and increased cost could always fill a room. Whilst this debate still lingers with many, two years down the road since implementation, some heretofore critics are now quietly discussing some of the benefits that managers and investors are starting to see.

It will take many years before the AIFMD brand carries anywhere near the weight of the globally recognised Ucits brand. Its distribution has far surpassed European borders to become the product of choice for the retail fund industry worldwide. However, even at this relatively early stage, we already start to see many investors recognise the benefit of common regulation applied to the various managers in which they invest, and particularly the notable increase in formal risk policies and procedures that have come with the directive.

The application of the directive to managers rather than products has brought with it benefits that were rarely spoken about pre-implementation, yet are helping to reduce both complexity and cost – the very factors that were at the root of concerns at the time. Pre-directive, it was close to a prerequisite for many large-scale investors (and particularly institutions) to invest in regulated fund products. The success of Luxembourg in its implementation of the Specialised Investment Fund in 2007 is a good example of this. Establishment of a regulated fund structure in whatever jurisdiction is one that takes time and not inconsiderable cost in both set-up and ongoing administration.

Post-directive, and with the regulation of the fund manager, new products (being alternative investment funds, or ‘AIFs’) are now increasingly being set up as unregulated corporate or partnership entities. As the directive requires the manager to ensure appropriate portfolio and risk management on the AIFs it manages, investors are less insistent on the ‘fund’ ticking the regulated box. The result of this is an unregulated AIF that can be set up in a matter of days as compared to months for its regulated counterpart. Because the documentation associated with such AIF is considerably simpler, and there is no requirement to interact with the regulator on a product-by-product basis, the legal and administration set-up costs are significantly lower than what managers and investors would have been used to in a pre-AIFMD world. Ongoing administration costs are also reduced, from a corporate service provider perspective as well as from an audit perspective, which in many jurisdictions is often not required for unregulated vehicles. Good news indeed for any investor.

The same person doing the private equity and real estate conference circuit may want to bring along a few extra pens, particularly for those investors and managers who are starting to recognise the benefit of ‘Brand AIFMD’, and the even luckier ones who have already seen the timing and cost benefits that the directive can bring.

I just feel sorry for the chap looking to get the Fatca/CRS fan club going...