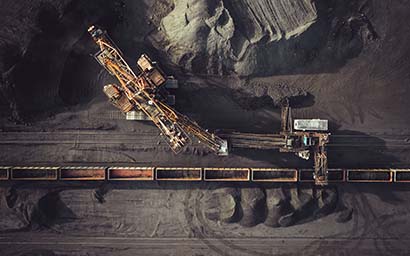 Russia’s invasion of Ukraine has triggered a steep rise in commodity prices. How fossil fuel companies deploy this extra cash will help to determine not just their own future, but the success of the transition to sustainable energy. By David Whitehouse.

Europe’s dependence on Russian oil and gas must have been a factor in Vladimir Putin’s mind when he made the decision to invade Ukraine, according to John Mowrey, chief investment officer at NFJ Investment Group in Dallas. But progress on renewable energy in the US, Europe and China means that the world is better prepared than it was 15 years ago to deal with such a shock, he says.

Already in China, 13% of the economy relies on renewable energy. The invasion means that that momentum will be accelerated, he says. “It’s only going one way” in the future.

Companies with access to oil and coal currently have huge economic incentives to get those resources out of the ground and supply it, Mowrey adds. That creates an opportunity to use the extra cash to finance development in other parts of the business. Decisions that are taken now on using that cash will help to determine the value of fossil fuel companies in ten or 20 years’ time, he says.

Mowrey hopes fossil fuel companies will take the opportunity to go out and make a big renewables purchase. “They need to get out in front of the discussion,” he says. “They’ve got a real opportunity to win investor support.”

There is still resistance on some fossil fuel boards to ESG concerns, he says, adding that shareholders will need to play a more substantial role. NFJ, which seeks to make quality value investments globally, holds fossil fuel stocks as well as NextEra Energy in the US; this claims to be the world’s largest producer of wind and solar energy.

“A minor negative”
According to research from Adam Slater, lead economist at Oxford Economics, the war will cut overall world GDP by around 0.2% this year, with varying regional impacts. Worst hit will be economies in central and eastern Europe with high exposure to Russian energy exports, especially Germany, Italy, and Turkey. The impact on the US will be minimal, while for China, trade and financial links with Russia are still relatively modest. Higher world oil prices are “a minor negative” but shouldn’t prevent China’s 2022 GDP growth from reaching 5%, Slater writes.

Corporate losers from the conflict, the outcome of which was impossible to predict at time of writing in mid-March, are everywhere. Even if the current crisis is somehow resolved, Putin’s regime will be more unstable than before, and there is always the possibility of an even more belligerent Russian nationalist coming to power in the future.

Oil supply disruption won’t be solved in the short to medium term, and soft commodities prices will also stay high with wheat and other agricultural exports being disrupted, says Jeff Grills, head of emerging markets debt at Aegon Asset Management in Chicago. The supply of potash will be disrupted, as Russia is the world’s second-largest supplier and Belarus the fourth-largest, and this will in turn hamper the fertiliser and agriculture industries, he says.

More expensive oil tends to pull food prices with it. That combination lay behind the Arab Spring, and there is a danger that political upheaval may recur somewhere. “It’s definitely a risk that needs to be considered,” Grills says.

European equities, which were overweighted by most investment strategists at the start of 2022, might see a shift to regions with lower Russian energy dependence and geopolitical tensions, says Christian Curac, a fund manager at Fürst Fugger Privatbank in Munich. Due to reliance on Russian energy imports, energy-intensive European industries are most vulnerable. The most exposed sectors are industrials, consumer products, chemicals, and automotive, Curac says.

Some value strategies might be negatively impacted as they are positively correlated with rising interest rates and economic growth, Curac argues. Given the unpredictable geopolitical situation, it is very difficult to make tactical allocations, so investors might shift towards a broader diversification across regions, sectors and asset classes, he adds.

The invasion may delay the shift to renewables, says Grills at Aegon. It won’t be easy for the world to get rid of fossil fuels, and there is just not enough renewable energy available, so something will be needed to fill the gap. Grills prefers countries and companies with a transition strategy – but will invest even if such a strategy is not visible. He needs to have energy exposure to meet his investment target of outperforming a benchmark that includes energy. If there was more renewable energy in emerging markets, he says, he would apply more capital.

Some argue that such an approach is a case of chicken and egg. Offshore wind and solar will become even more attractive as they are cheaper and require a shorter lead time to be scaled up compared with new nuclear, hydrogen, coal or LNG, says Curac. The conflict may also increase demand for green hydrogen as energy-intensive industries are incentivised to shift faster to renewables, he adds.

Exporters who are able to replace Russian supplies of nickel, aluminum and platinum-group metals, which have high green-energy transition exposure, should be well positioned, Curac says. “The current situation provides very strong arguments for accelerating the expansion of renewables, which has already led to an outperformance of the clean energy sector.”

Ethical investing
Global equities staged a partial recovery in mid-March as oil prices dropped below $100 a barrel. The reason for that drop, though, opens wider questions about sustainability: a resurgence of Covid-19 cases in China prompted new lockdowns in some regions.

The invasion brings renewable energy to the fore, and highlights that the transition “must be accelerated,” says John Quealy, CIO at Trillium Asset Management in Boston. It is crucial, he argues, for fund managers to leverage the abilities of fossil fuel companies by leaving the possibility of future investment open. “They have scale. They have influence.”

Quealy is looking for “solution providers” among fossil fuel companies but has not found any so far. “We need to see a commitment to adjusting their business models to carbon-constrained,” he says. “Not just press releases but divestments that aggressively lower carbon emissions. There’s no one to date.”

Trillium has exposure of about 50% to North America, 35-40% in Western Europe and 10-15% in emerging markets in Africa, Asia and Latin America. Long-term relationships with management, Quealy says, are the key to ethical investment, allowing trust to develop even if there are disagreements on specific issues. There needs to be a “pattern of attention and responsibility”, he says. “Awareness of management’s DNA is our business.” The firm currently has no fossil energy stocks, but that could change quickly if the right commitment is shown, which could be through renewables mergers and acquisitions activity, Quealy says. “We are ready any day” to invest, he adds.

Emerging markets
Outside of renewables, winners are harder to identify. After a long period in which deflation seemed irreversible, inflation is now “coming back big time”, says Jean-Jacques Durand, an emerging markets debt investor at Edmond de Rothschild in Paris.

He expects inflationary pressures to persist. Political risk means that having $1 in the US, France and Panama is no longer the same thing, he says. We are now living in an “over-regulated, inflationary world”.

The result is that there will be a return to raw materials, and countries and corporates with permanent access to natural resources will likely have a degree of protection, Durand says. In technology, pricing power will be even more important. Oil will have to come from somewhere. Iran and Venezuela both have highly discounted distressed debt. An easing of tensions with the US would open the way for that debt to recover quickly, he says.

Curac at Fürst Fugger sees safe-haven assets like US treasuries, German bunds and gold as likely to experience inflows due to the war. NFJ’s Mowrey argues that emerging markets are very attractive, and trade at their widest discount to US stocks since the crisis of 1998.

Today, China has already been deeply discounted due to the 2021 crackdown on technology companies, Mowrey says. Alibaba in early March was trading at less than 11 times earnings. “We will look back at that as an unbelievable multiple,” Mowrey predicts. “You have to step in when it is very dark.”