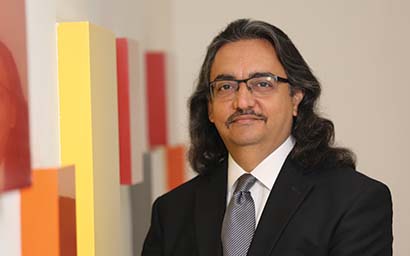 PwC’s Global CEO Survey reflected a drop in the growth outlook for 2020. These sentiments were reflected in India as well, writes Gautam Mehra, leader – tax and regulatory at PwC India.

The very positive and unprecedented corporate tax rate cuts (to as low as 15% for new manufacturing companies), coupled with lower goods and services tax (GST) collections, which resulted in a widening of the fiscal deficit, mandated a pragmatic and prudent approach to balancing the budget.

With this backdrop, and amidst high expectations, the India Budget 2020 was presented, emphasising the triad of aspirational India, economic development and a caring society.

Infrastructure and raising funds
From an infrastructure perspective, the budget announcement to monetise national highways of over 6,000 kilometres, develop 100 airports by 2024 and develop five new smart cities on the public-private partnership model, are positive ones. There was also an announcement to permit the private sector to build data centre parks.

The proposal to sell a part of the government’s holding in by far the largest life insurance company in India is an important one, not just by size but also by intent.

Reits
Recognising the imminent and significant long-term investment requirement in the infrastructure sector, the budget proposes a complete income-tax exemption for notified SWFs from investments made before March 31, 2024, in Indian companies engaged in specified infrastructure business, which seems to be an innovative and well-thought-out move.

A contrary announcement was the move to levy a two-level tax on income streams of infrastructure investment trusts (InvITs) and real estate investment trusts (Reits), which is a roll back from the one-level tax, which had contributed to the successful launch of these platforms. Presently, after years of deliberation, there are five listed InvITs and Reits with a market capitalisation of around $7.5 billion, apart from other unlisted ones.

Debt financing
Budget proposals of increasing the limit for foreign portfolio investor (FPI) investment from 9% to 15% of the total issued Indian corporate bonds, the opening up of certain government securities for non-resident investors and the floating of debt-ETF [exchange-traded funds] consisting primarily of government securities aim at providing an impetus to the debt investment regime.

The non-banking finance companies (NBFC) sector, which has been facing liquidity issues, received some relief. The scope of the law enabling auctioning of properties secured against defaulting loans has been widened to include NBFCs with asset size of INR 1 billion (approximately $14.29 million) from the current limit of $71.43 million or more; and for secured loans having outstanding principal amount of $0.07 million.

The concessional withholding tax (WHT) rate of 5% for interest income from external commercial borrowings/rupee-denominated bonds and on specified bonds issued to FPIs is proposed to be extended from June 2020 to June 2023. Similarly, interest payable on monies borrowed from a source outside India by issue of long-term bonds or rupee-denominated bonds listed only on a recognised stock exchange in the international financial services centre (IFSC) are proposed to be subject to WHT at the rate of 4%. These bonds are to be issued between April 2020 and June 2023 and below the prescribed threshold interest rates.

Dividend taxation
A major structural tax change was announced. At present, Indian companies pay a dividend distribution tax (DDT) at an effective rate of 20.56% on dividends paid to its shareholders. The proposal is to abolish the DDT regime and revert to the classical system of taxing such income in the hands of the shareholder at the rate of tax applicable to such a shareholder.

For foreign shareholders, the tax rate applicable is 20%, subject to available relief under the tax treaty provisions. This amendment would improve the yields from investments in Indian companies for foreign shareholders, generally including those who are able to either:
•  claim lower tax rates as per the applicable tax treaty; and/ or
•  claim credit of Indian taxes paid on dividends against payment of taxes in their home countries.

With regard to resident individual shareholders, the impact of the proposed regime depends on their specific tax situation – as a general rule, shareholders in lower income brackets would benefit, whereas high-net-worth shareholders would be hit with tax rates going up to as much as 42% of such income.

This budget has proposed certain relaxations in the safe harbour rules around the time limit for achieving the monthly average corpus and exemption to contribution made by an eligible fund manager for the purpose of calculation of aggregate participation by persons resident in India.

However, the remaining conditions may yet pose a challenge for players to avail themselves of this beneficial route.

GIFT city
India’s first IFSC, the Gujarat International Finance Tec-City, has taken off and continues to receive attention from various policymakers. Apart from the lower WHT rate on bonds mentioned above, it is proposed to set up an international bullion exchange there for trading by global market participants. Global players in the finance space would do well to explore this new avenue for getting the world to India, and to take India to the world.

Marrying intent with action
Overall, the policy proposals, regulatory announcements and tax amendments exhibit the government’s intent and commitment to encourage growth in the economy.

In an external VUCA (volatility, uncertainty, complexity and ambiguity) environment, presuming the policy expectations are managed efficiently and proposals are implemented in a timely manner, India can navigate the uncertain times ahead.

Vibrant India can continue to truly be a viable global investment destination, moving ahead on its path into the top three economies of the world.