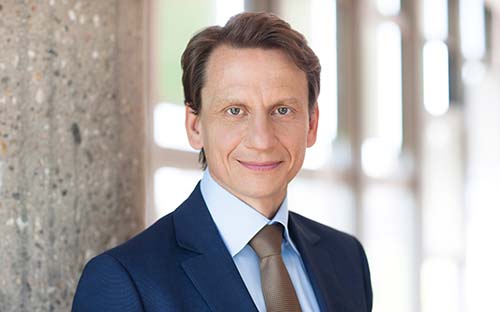 The German investment funds association BVI has hit out at any attempt to clamp down on short-selling in the EU as demanded by some regulators and market participants.

Following the market rout caused by the coronavirus outbreak, the EU’s market watchdog, the European Securities and Markets Authority (Esma), last month said it was increasing surveillance of hedge funds and other short-sellers of equities that were seeking to profit from the market turbulence.

In a statement issued in reaction to the move, BVI chief executive Thomas Richter (pictured) said that “a general pan-EU ban on short-selling for securities traded in the EU only makes sense selectively for certain companies and sectors and even then its effectiveness is doubtful.

“But the current fall in stock market prices has fundamental causes. Covered short-selling is not speculation.”

Short-sellers identify equities that they expect to fall in price and pay a fee to borrow shares prior to selling them in the hope of buying them back at a lower price and keeping the profit.

Under Esma’s temporary measures, for the next three months investors will be forced to reveal more information about their short-selling positions by halving the threshold for disclosures.

The new rules – which apply to the UK during the current post-Brexit transition period – mean any short-selling position that accounts for 0.1% or more of a company’s outstanding shares must be announced to the market, compared with the previous threshold of 0.2%.

The watchdog justified the measures, saying that severe stock market volatility posed a serious threat to market confidence as short-selling can increase price swings and result in larger losses across financial markets.

Richter said: “This is a suitable measure for regulators to get an overview at European level and, if necessary, to take further steps. Temporary interventions in the market would have to suffice. Instead of a general pan-EU ban on short-selling, it would be better at present if Esma were to ensure that the national go-it-alones were harmonised.”

Last month, a one-month short-selling ban on all shares traded in Paris was introduced in France, Belgium, Spain and Austria, while in Italy, the practice has been banned for three months. As Funds Europe was going to press, the UK’s Financial Conduct Authority (FCA) said it was monitoring short-selling but had decided not to impose a ban.

“A great many investment and risk management strategies rely on the ability to take long and short positions. These benefit a wide range of ordinary investors including the pension funds for employees of companies and local government,” the FCA said in a statement.

“We also note that short-selling is a critical underpinning of liquidity provision. The loss of these benefits would need to be carefully balanced before determining that any intervention to prevent short-selling was appropriate.”

Markets have “continued to operate in an orderly fashion” in the UK, the FCA said, while pointing out that most European countries, the US and other major global financial markets have also decided not to implement a ban.