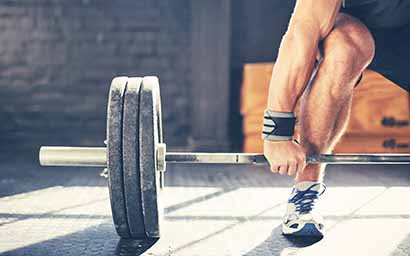 Is in-house administration using vendor software a solution for smaller fund managers who might feel neglected by the large cross-border admin providers? Nicholas Pratt looks at some of the detail.

Fund management has long been described as falling into a barbell shape, where a small number of large asset managers sit at one end, and a large number of small firms at the other. The middle is a sort of no man’s land of medium-sized firms said to have neither the scale of giants nor the nimbleness of specialists.

At the more extreme, outlying regions of the barbell is a group of small start-up alternative investment funds and boutiques encouraged by the build-up of flows into private equity and private debt investments.

At the barbell’s other end, a ‘megafund mania’ takes place. This refers also in part to private capital funds, where there are a growing number of very large ones. But it might also refer to the likes of large stalwarts with public equity businesses like BlackRock and firms more recently growing through acquisition, such as Amundi, Janus Henderson and Standard Life Aberdeen.

If the market were straightforward, the mega-administrators would cater for the megafirms while the new batch of nimble start-ups and specialist public equity and bond houses would be served by equally nimble administrators. However, the reality is less simple.

Although a number of smaller administrators has emerged in recent years to service private equity and other alternative investors, in the more traditional investment market it is no secret that the cross-border fund administrators – all of them large – prefer to take on the largest clients. This has been sensible as the administrators have sought scale and efficiencies. But it does also suggest dissatisfaction for smaller firms.

As a result, a number of software providers are hoping there will be a rise in managers choosing to run some of their administrative tasks in-house with vendor software rather than employ a third-party administrator (TPA).

Tiers of service
A lot of service providers have long had gold, silver and bronze tiers of service, ensuring an element of disenchantment for fund managers in the less gilded client categories. But the feeling among some in the market is that the cost pressure in the value chain is making things worse.

Administrators’ fee structures based on assets under management and transaction volume are heightening the margin pressure when serving smaller clients. This has led some software firms to pursue these smaller managers as potential clients who, instead of outsourcing all of their administration to a large TPA, could use a software platform to run their own solution, they say.

Software firm Bravura currently has four clients that have opted to run their own solutions using its technology, says Colin Wilson, head of client relationship management at the firm.

“They also use the technology for digital trading but not the fund accounting or the depositary function. But our technology does allow them to plug into any third-party accounting or administration systems or general ledger.”

Unsurprisingly the TPAs are quick to point out the limitations of self-administration. Mike Newton, group head of fund services at Jersey-based administrator Crestbridge, agrees that an increasing number of managers are taking some of these functions back in-house. “There are the very small start-ups still reliant on TPAs but there are also small asset managers with more experience and knowledge that think they can run some elements of their administration themselves,” says Newton.

This approach can work for some fund managers but not all of them may appreciate the regulatory, governance, political and practical issues involved, he says. For example, the number of people employed in administrative roles can rapidly grow and end up outnumbering the deal-makers and asset allocators in the front office.

This can be problematic for small fund managers and private equity houses, given that it is those in the front office who run the business and they may not appreciate the prospect of paying for an ever-increasing staff of back-office administrators.

Asset managers are also cautious about their data and the comfort of sharing it with third parties. The impact of the General Data Protection Regulation (GDPR) has created more nervousness, says Newton. “It is ironic that you need the asset managers to build more trust with their clients so that you, as a TPA, don’t have to drill down quite as far and can begin to centralise the data.”

A desire exists among some asset managers to potentially outsource transaction and governance but retain accounting, says Newton. “This works to a particular point but once you open your third or fourth fund and are working in multiple jurisdictions, it can become untenable.”

It is one area where at least both the independent administrators and the bank-based providers can agree. As Aneet Shah, global head of client experience, product management, RBC Investor & Treasury Services says, the cost of self-administration can soon escalate and become economically unmanageable.

Regulatory clout
Another familiar pattern is that regulation eventually comes to the rescue of the established administrators at the expense of any intrepid outsiders such as the software firms pushing the self-administration model.
Akbar Sheriff, UK head of global services at State Street, highlights the introduction of both the Senior Managers Regime in the UK and the capital markets MiFID II rules in the EU having increased the personal accountability and liability for senior executives.

Plus there has been greater realisation of the tech investment needed to stay up to date. And while technology companies with a focus on reporting services are looking to fill this breach, Sheriff says that these platforms often have limited customisation. “Not all of them are able to offer ten different front ends without having to rewrite the underlying code,” he says.

“Also they realise that they [managers] have to work with a bank anyway and the economics of just taking custody from a bank as opposed to opting for the full service are not very different. Plus, if you go with a service provider rather than a tech company, everything is being looked at with a regulatory view. All the regulatory controls are there rather than having to set them up yourself.”

Bravura’s Wilson counters these points to some extent, saying: “Regulations are increasingly complex and corporate governance dictates that independent third parties are required to provide oversight or depositary roles. But if these various functions are set up separately, it is possible to take the likes of running the register back in-house.”

At the largest end of the scale, the market for administering megafunds may not be as clear-cut as imagined. “Large asset managers running diverse product ranges and looking to gather assets from broad international distribution channels are using global providers such as ourselves,” says Diane MacFarlane, regional head of global fund services at JP Morgan.

But, says Crestbridge’s Newton, the ‘mega’ administrators could lose out due to a potential clash of egos.

“If the megafund is seeking a bespoke service from a large TPA, it could risk an inconsistent service. The mid-sized administrators have an opportunity to win business with these large funds by offering a more dedicated service,” he adds.

Newton describes it as an inversion of the fund managers’ barbell whereby the administrators in the mid-market have an opportunity to win business from both the smallest and largest administrators.

The large TPAs are predictably sceptical, though. While there may have been a tendency for megafunds to demand a bespoke service in the past, cost pressure and investor scrutiny is changing this, says State Street’s Sheriff. “The megafunds and large asset managers have realised that they are not indomitable and that they are affected by market movements. They are also subject to the same investor scrutiny as other funds and have to justify the high charges. Some of these charges come from the customisation that they are demanding, so we are seeing a move towards standardisation.”

Ultimately, cost is one barrier to change, and so is operational risk. The migration of data from the administrator to the manager can be lengthy and challenging. In addition, anyone moving from a TPA to self-service does have to take on additional, different services, skills and responsibilities, concedes Wilson.

“We build the technology only. So that is a barrier and explains why some of them stick to the rotten service they get from their TPAs. We are hoping that we can challenge that assumption and see more boards more willing to take that step.”