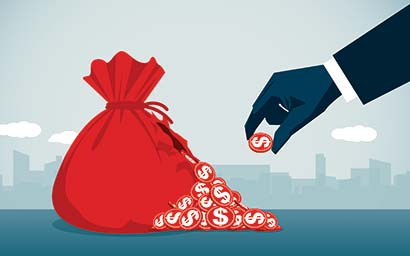 Factor investing held out a promise to replicate the investment styles of the world’s top active managers. So, why has this method let investors down? George Mitton reports.

Blame it on the Norwegians. It was an influential study of that nation’s national oil fund that made factor investing the most fashionable investment method for institutions in the past decade.

That report, published in 2009, concluded that systematic factors explained a major part of the fund’s active returns during the financial crisis. The study prompted a shift in thinking among professional money managers. Investors began restructuring their portfolios to focus on factors – characteristics such as “momentum” or “value” that are thought to explain why some securities outperform.

The rationale for adopting factor portfolios made commercial sense: instead of paying the fees of active managers, institutions would take passive exposure to factors to capture the same sources of return for a lower cost. The same idea was soon marketed widely under the cunning term “smart beta”.

Unfortunately, a body of evidence is emerging that factor investing is not nearly as effective as its proponents say.

A let down
“The people in institutions that have pursued factor investing have been very disappointed by the outcome, especially over the last 15 years,” says Campbell Harvey, a partner at California-based Research Affiliates and one of the authors of a paper published in February with the colourful title ‘Alice’s Adventures in Factorland’.

The thread running through the paper is that factors work better in theory than they do in real life. Researchers have identified literally hundreds of factors – more than 400 have been written about or proposed in top journals, says Harvey – but in their papers, these researchers often make absurd assumptions that never hold true in practice, such as putting transaction costs at zero.

Factors are pitched to investment committees based on misleading back tests, with the result that return expectations are “grossly exaggerated”. There are many reasons why factors often fail to achieve their anticipated returns but a salient one is the “crowding” problem; once a factor has been identified and shown to work, it swiftly becomes unprofitable as other investors “crowd” the trade by pushing up asset prices and pushing down returns.

In Harvey’s words: “What we are doing is addressing the question, is factor investing broken?”

Patching it up
Well, is it? Certainly there are persistent problems with factor investing that appear to be poorly understood. Transaction costs are a good example.

By means of contrast, the cost of exposure to a conventional market capitalisation-weighted index is relatively low. A major index such as the S&P 500 does not change much from quarter to quarter, which means the provider of an exchange-traded fund (ETF) that tracks the index does not incur many transaction costs that need to be passed on to the investor.

In contrast, some factor indices are in a state of almost constant reshuffling. If the major cap-weighted indices are like an established team whose members stay the same for a decade, factor indices often resemble a band with a highly volatile front man – the personnel seems to change between every concert.

Take the momentum factor, which describes stocks that have increased in value in the past six to 12 months. A momentum index that is rebalanced twice a year might have a different set of stocks in it each time. A fund that is tracking the index must do a lot of trading, thus incurring transaction costs which must be shouldered by the investor, ultimately lowering the return.

There are other ways in which rapid turnover goes against investors’ interests.

“We know that buying and selling a security has a commission and a spread cost,” says Eugene Barbaneagra, portfolio manager at SEI Investments. “What is harder to quantify is the opportunity cost or implementation shortfall.”

Index compilers are not like traders on Wall Street. They do not make impulsive decisions on what to buy or sell. Rather, decisions about how to rebalance an index are examined and presented to internal committees before a new index is published. The process between observing a price signal and publishing a new index could be several weeks, a period in which active managers who had observed that same signal had ample time to build up positions. The situation is especially unsatisfactory because the index compilers are predictable – they publish their indices according to a publicly available schedule.

The preceding discussion does not even mention investability problems, for instance that some constituents of factor indices have a low market capitalisation, which means they are difficult or expensive to trade. Analysts call these kinds of indices “concentrated” – and that is not a good thing.

The upshot is that “the realisable live return for a factor index could be substantially lower than the published index return”, says Barbaneagra.

In combination
Further problems emerge when factors are put together. Investors typically want exposure to several different factors at once. They want to benefit simultaneously from the value, high-dividend and low-volatility factors, for example. By taking exposure to all three, an investor might think they are well diversified. In fact, the opposite might be true.

For example, companies that pay high dividends often have a steady, predictable share price. In practice, that means the factors “high-dividend” and “low-volatility” are basically the same.

“You may think you’re diversifying by buying a bunch of different products but you need to look at the characteristics to make sure you’re not buying the same thing in three funds,” says Melissa Brown, managing director of applied research at Axioma, a provider of risk management services.

Not only would buying the same thing three times be inefficient, it could also be dangerous in terms of risk. In the ‘Alice’s Adventures in Factorland’ paper, the authors express puzzlement at the apparently widespread view that factors are normally distributed. A normal distribution describes an even dispersion around a central value with no bias left or right. If factors were normally distributed, a multi-factor portfolio would stand a good chance of being well diversified. But factors are not normally distributed. That means a multi-factor portfolio might be significantly biased to certain types of stocks and vulnerable to big losses if those kinds of stocks underperformed.

Differences arise because fund providers use different methods to construct their portfolios. Does the fund include the top 50 stocks in a factor index or the top 500? Are those stocks weighted by capitalisation or not?

“Some funds are much more concentrated than others,” says Brown. “The top five names are half the fund whereas in another, the top five names are 5% of the fund. You can have ETFs that have almost exactly the same name yet when you look more deeply, they have very different characteristics.”

Be clear
It is hard to avoid the view that in its enthusiasm to sell factor investing to its clients, the investment industry has been overzealous. Bruno Taillardat, head of smart beta at Amundi, is a keen proponent of factor investing, but even he admits that the method has drawbacks.

“The risk is to miscommunicate,” he says. “As an asset manager, we need to be clear on where we should do well and where less well.”

He gives the example of 2017, when technology stocks explained the majority of equity performance in developed markets such as the US. Multi-factor diversification caused some portfolios to lag the broad market at the time.

Perhaps the problem with factor investing is that it has been misunderstood. Factor investing has often been categorised as a souped-up version of passive investment but the method really depends on active choices. Portfolios based on factors outperform or underperform the market depending on manager skill – or luck.

Indeed, multi-factor portfolios are what quantitative investment managers have been constructing for years. Factor-based funds simply give these kinds of managers a new set of tools, as well as creating their own problems with transaction costs, diversification and crowding.

Like most strategies, the goal of factor-based portfolios is to beat the market. Many will fail.

Barbaneagra of SEI says: “The challenge is that Factorland is really dense and the question of which factor to choose is not that different to picking which manager will do well in the next five years.”