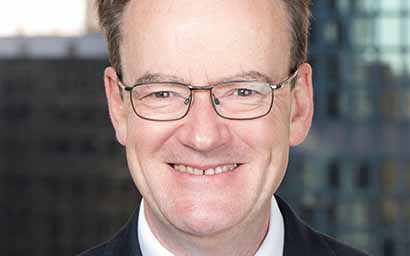 From the epicentre of the global financial crisis (GFC), the failure of Lehman on September 15, 2008, it is possible to track significant structural change across the global gold market. Gold did not move rapidly higher from July 2008 to July 2009 as some might expect. In fact, gold fell in the fourth quarter of 2008 as the dollar strengthened and gold was used as a source of liquidity (and sold). When risk aversion strikes, investors’ first instinct is to sell assets and head to the haven of the US dollar.

A crisis-driven major move into gold usually occurs only when investors and savers start to look for alternatives to the US dollar, fuelled by fears of US dollar weakness, inflation or about the very fabric of the financial system.

This was not just a consequence of the US dollar weakening. Investors and speculators were also expressing their concerns about the consequences of quantitative easing and other radical monetary policy moves of that time. As a result, gold performed well in many currencies. Interestingly, gold’s high in euros occurred in 2012 rather than in 2011, when the currency weakened as the GFC started to worry investors in European assets, particularly those with Italian and Spanish exposure.

By 2013, however, attitudes were beginning to shift. As the US and other economies continued to recover and with no sign of an imminent surge in inflation, investors took profits and cut long positions. The price then fell further in 2014 and 2015, before gold posted positive returns in 2016 and 2017.

The gold industry has changed considerably since the GFC. Aside from inflows and outflows into gold-backed exchange-traded funds (ETFs), the bar and coin market in the US and Europe has seen a marked and sustained increase in demand.

Central banks have changed tack too, reversing a longstanding selling tendency and collectively buying gold as a source of return, liquidity, diversification and credit risk reduction.

Around 20 central banks have added gold to their reserves since the start of 2017. We believe the following factors are the drivers to one of the most interesting and accelerating trends in the gold market: FX reserves are growing; gold is re-emerging as a strategically important asset for countries seeking political independence from the US via de-dollarisation; the US dollar is strong now, but asset valuations, current levels and budget deficits are undermining its attraction; higher global risks and the diminished/deteriorating quality of other reserve assets, such as sterling and the euro, are fuelling demand for diversification; and changes in global trade patterns and the expected future state of the international monetary system, which will see the US dollar become less dominant as China’s financial markets develop and open up. The geographical breakdown of gold consumption has also changed substantially over the past decade. Emerging markets have become much more important consumers of gold, with China and India now making up more than 50% of global consumer demand.

In the long shadow of Lehman’s collapse, gold has undoubtedly become a more mainstream asset. Gold’s behaviour throughout the GFC demonstrated its strength as a diversifier and there is no reason to believe this would not be the case in a future economic slowdown.