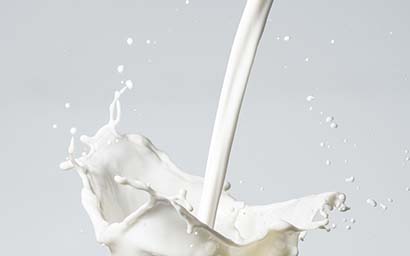 Capital market regulations such as MiFID II mean ETFs are set to flourish even further. Fiona Rintoul finds out why.

Everyone knows what a boom time it is for ETFs in Europe. Net sales of €94.2 billion in 2017 helped drive assets under management to a record high of €631.2 billion, according to Thomson Reuters Lipper.

There has been no let-up since the New Year. In January 2018, inflows to Europe’s ETF industry totalled €12.5 billion, in February €10.5 billion.

Now the EU’s second Markets in Financial Instruments Directive (MiFID II), which came into force at the beginning of this year, is a colossal piece of legislation that could spur ETF growth further.

“MiFID II is the biggest piece of legislation that has come through in my career in capital markets overall,” says Paul Young, regional head of SPDR ETF capital markets at State Street Global Advisors (SSGA). “It is trying to drive much greater transparency, which is something that has been missing in Europe.”

This includes fee transparency, which ETF providers expect will drive further flows to their products.

“Fees are one of the only things you can control as an investor,” says Tom Bartolacci, head of European ETF capital markets at Vanguard.

Certainly, the fee battle is heating up in Europe. Last month, Lyxor announced a range of 16 products – 12 existing ones and four new ones – with fees ranging from just 0.04% to 0.12%.

“We are now at the stage where investment fees in Europe are at the same level as in the US,” says Adam Laird, Lyxor’s head of ETF strategy. “With more scrutiny, we are now in a position where people will no longer accept higher costs.”

But Andrew Walsh, head of passive and ETF specialist sales for UK and Ireland at UBS Asset Management, cautions that MiFID II has created some confusion around ETF fees. This is a result of the problem of calculating transaction costs arising from ETF’s underlying holdings.

A standardised way to calculate these costs is not practised across the industry, he says. “It would have been simpler to use tracking difference, which reflects the true cost of ownership.”

New objectives
Of course, fee transparency is one part of the new legislation – and just one of the reasons why ETF sales have been so strong recently. Another important point, however, is the ETF’s role in outcome investing, says Laird.

ETFs started out providing exposure to individual markets, but the universe is now much wider. Many new ETFs are angled to provide certain portfolio outcomes, such as boosting income, reducing risk or protecting against central bank interest rate action. These are areas that had always been the preserve of active managers, says Laird.

Providers such as db x-trackers have also been expanding into fixed income. “The bond market is much bigger than the equity market,” says Keshava Shastry, head of ETF capital markets at Deutsche Bank, which owns db-x. “There are a lot more combinations you can do.”

“There is an immediate increase in optical liquidity that investors and other players can reference,” says Patrick Mattar, European head of capital markets at iShares. “Institutional investors feel even more confident to invest increasingly large amounts of money into markets via ETFs.”

There is still work to do, however. Although there exists a duty to report trades in Europe, the data are not as easily digestable as they are in the more developed US market.

“The data are available but they are not all that easy to consume,” says Bartolacci. “We’re not at the point where we have a consolidated tape.”

The consolidated tape refers to real-time trading volumes and prices data; it is said that this would be particularly good for building confidence about ETFs among retail investors.

Direct use of ETFs by retail investors in Europe continues to lag the US.

“Institutional investors have networks and can navigate complexity,” says Young at SSGA. “Retail investors need all of that to be displayed in a more transparent way.”

It remains to be seen whether a consolidated tape will become a reality in Europe. Some ETF promoters are throwing down a gauntlet to data providers such as Bloomberg to consolidate all the different lines, but this is a much bigger task in Europe than in the US.

“There are many fewer exchanges in the US,” says Lyxor’s Laird. “There is one currency and one country.”

Wider usage
In the meantime, ETF providers believe the changes from MiFID II will promote greater usage of ETFs, particularly by institutional investors.

“MiFID II will have a positive long-term impact on the way ETFs are viewed in a capital markets context, not just as funds but as securities,” says Young. “As confidence builds and liquidity improves, there will be wider usage.”

With increases in optical volumes, ETFs have increased functionality and utility, agrees Mattar. Additional functions might include using ETFs as collateral and as a vehicle to short the market and to lend out.

“With that increased optical liquidity and improved borrowing market for ETFs, an options market for European ETFs begins to grow,” says iShares’ Mattar. If that happens, ETFs could offer optionality in asset classes or indices not available before, such as high yield. “It could be something great that ETFs bring to the overall market,” Mattar adds.

MiFID II is not the only regulation promoting new uses of ETFs. Shastry at Deutsche Bank says a portion of the $80 trillion (€65 trillion) OTC derivatives market could flow into ETFs further to regulations such as Emir, the European Markets Infrastructure Regulation.

“If 5% moves from OTC derivatives to listed derivatives over the next three to five years, and maybe 40% of that goes into ETFs, you’re looking at $1.6 trillion,” he says.

In their primary purpose as investment vehicles, ETFs in Europe also have the potential to attract considerably more retail investors. Although the retail market may take longer to embrace ETFs in Europe, it depends on how you define retail.

“We don’t have a direct retail strategy at this stage, but we do engage with professional intermediaries,” says Antoine Lesne, head of SPDR ETF strategy and research at SSGA.
The different ways in which ETF use is expanding in Europe are good news for ETF providers but create a problem for asset management firms that don’t offer ETFs. Hector McNeil of HANetf, a white-label Ucits ETF platform, believes that as the importance of ETFs grows, more providers are set to enter the European ETF market.

“The next wave will be US or Asian providers that haven’t come to Europe yet or traditional asset managers that aren’t in ETFs yet,” he says.

Naturally, McNeil believes new entrants may want to access the ETF market through white-labellers such as HANetf, but he also says that when it comes to portfolio management, 75% of companies want to do that aspect themselves.

Pressing challenge
McNeil says the potential triumph of ETFs is not about passive over active, but about one wrapper trumping another. ETFs, he suggests, can do anything, as the adoption of smart beta strategies shows.

“The major difference between what was happening in the ETF market previously and what is happening now is that asset managers now see ETFs as an extension of their distribution,” he says. “The ETF wrapper is just better than the mutual fund wrapper.”

Whether that is true or not, there is little doubt that ETFs provide an ever-more pressing challenge to traditional investment funds. As the provisions in MiFID II work through and technological advances make it easier to create more sophisticated ETFs, that challenge will only grow.

Walsh, at UBS, agrees that more companies are trying to get in on the ETF game but assesses their rationale slightly differently from McNeil.

“If there are new ETF launches from non-ETF providers, it’s probably more about protecting assets,” he says, before posing the proverbial $64 million question: can they run ETFs as efficiently as the big ETF providers can?

Unless white-labelling solutions take off, the answer, one instinctively feels, is likely to be no. This means a squeeze of a kind that is by now familiar in the European asset management industry.

“It’s a case of squeezed middle,” says Laird. “People want something truly different that offers true diversification or, for mainstream markets, they want something simple and low-cost.”