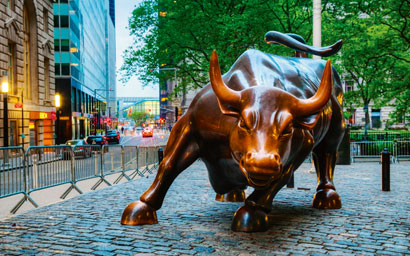 Asset management is in danger of becoming another industry thrown into stasis by an overbearing bureaucracy, says Jean Keller, CEO of Quaero Capital.

Another year, another mass outbreak of the great debate within the asset management industry: active or passive? Or somewhere ‘smart’ inbetween? The polemic has been fanned by the latest report from the UK’s Financial Conduct Authority (FCA) charging that few active managers outperform their indices, that their profit margins are too big and that more supervision and more information is needed.

Once again, it is frustrating to see otherwise highly informed and respected commentators miss the point, or points – both short-term and long-term.

As we enter 2017, the industry needs to think long and hard not just about its immediate prospects (how to meet the next three-month target – relevant though that is) but more importantly, about its long-term purpose and indeed, survival. The two are of course connected.

SERIOUS QUESTIONS
It is nearly ten years since the global financial crisis, which quite rightly raised serious questions among investors about the asset managers and advisers whom they trusted with their hard-earned capital. Critical issues of trust, competence and duty were raised and addressed, both informally and through the empowered regulatory systems in all developed markets. Huge changes were made, and it is simply wrong to minimise them. The industry is in a very different place to a decade ago.

There are undoubtedly improvements still to be made, and those relying on brand or distribution to push underperforming product on unsuspecting buyers must be rooted out. But the industry also needs to consider how to be sustainable long term – the inter-generational mandate implied by the very concept of saving and retirement provision.

CLOGGING UP
Here is the crux: with some notable exceptions, our maturing industry is slowing, or clogging up, to something close to stasis. The financial crisis engendered such caution, such sublimated culpability that there is a general assumption of risk avoidance, even elimination.

A stifling no-risk, no-blame culture has evolved, infiltrating the collective views and approach of investment consultants, pension fund boards and other fiduciaries, even fund selectors.

Each link along the investment chain adds their own layer of compliance measures and ‘risk control’, primarily to protect their role and revenue stream.

It adds up to an unwieldy, unresponsive investment model that inevitably fails to deliver on the original mandate: maximise after-fee returns.

A healthy future, surely, does not suggest more of the same? Perpetuating outrage and retribution for the global financial crisis of 2007 serves no useful purpose. In fact, it now threatens to undermine what are Herculean efforts in many quarters to help investors – from the retail client to the major institutions – prepare to meet their financial ambitions or liabilities in a responsible way.

Our industry purports to be the cradle of innovation or ‘disruption’, in the jargon of the moment. Yet too often it militates against any fresh approach. If industry regulators want to improve and secure a future, they need to allow challengers in to test incumbents and generate real culture shifts.

Innovation is not simply a ‘nice to have’. A restrictive assumption from the ever-widening array of gatekeepers is actually creating the next disaster. Like old generals, gatekeepers are focused on fighting old battles as new conflicts evolve under their noses. Furthermore, the ‘soft’ cultural solutions that might prevent future upheaval are ‘live organisms’: difficult to establish, they cannot be invented deliberately or imposed by prescription.

STIFLE ACTIVITIES
Much as the high command might insist otherwise, our challenges are not unique. Many other industries have run up against overbearing bureaucracies which start to stifle the very activity they depend on. They gradually suck up energy and resources until there is just enough left to keep the original purpose alive, but subordinated to the perpetuation of the controlling body.

Thinkers from Gibbons to Ophuls have described how such ‘complex adaptable systems’ finally become unmanageable. Powerful civilisations beset by hubris always believe they can command the historical process with technological power, but initiatives within a slowing decaying paradigm ultimately simply replicate old problems in a different guise. The system implodes from within.

Such apocalyptic scenarios are perhaps not immediately upon us but the warning signs are there, for those who want to see them. The global investment industry likes to think it can deliver constant innovation and infinite growth from limited resources. Indeed, that is its promise to its clients. It will need a step change soon if it is to meet those high expectations.

So we need to change the framework of the debate. Instead of adding endless new provisions to existing rules on (for example) fees, reporting and risk, policymakers need to address some of the big issues the next generation will face, such as how to recapitalise our pension systems with the limited financial products available at the moment.

Do we have a model? Not a perfect one, but in contrast to Continental Europe and the UK, there is a strong, fresh debate occurring in the US, where regulators are actively encouraging real challengers and newcomers – and not just ‘more of the same’ players.

Central to the discussion of a new investment ‘ecosystem’ is the realisation that – with its fixation on more regulation and cost avoidance – we are stifling the investment management industry’s ability to renew itself. More focus on after-fee returns and on reviving the animal spirit will do more to foster more competition and in the end, better net returns. Let us start a great debate about that.