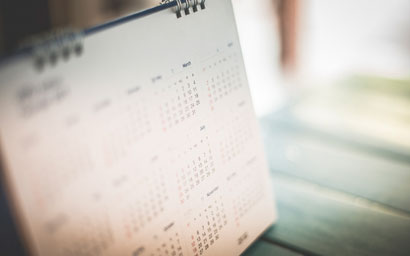 Almost without exception, the respondents to our Funds Europe Administration Survey of third-party administrators all reported an increase in their global assets under administration (AuA). JP Morgan, the leader of our table, saw assets increase in euro terms by €203 billion over 2016, for example.

Market movements and exchange rate fluctations can, of course, influence growth or shrinkage in AuA. Maitland said rates were responsible for its slight reduction.

But so can fund launches, and respondents say they have seen much development in this area (see Directory following this article). The launches, which covered a range of assets classes for both small and large players.

The most notable trend has been the number of new launches that have focused on the alternatives sector, such as: private equity and infrastructure.

In the search for more upside, strategies have become more esoteric and portfolios have become more complex. This has given administrators the opportunity to develop new tools designed to help meet the extra administrative demands that come with these types of funds. More and more, these tools – from workflow subscription application tools, to post-trade over-the-counter settlement capabilities – are either electronic or digital.

The resurgence in fund launches also suggests that the endless release of new regulations that has stalled managers’ plans for so long is starting to relent. Significantly, many of the major regulations have become active and while firms are now experiencing the reporting requirements, this is a burden that administrators are willing and able to help with.

Of equal significance is the fact that many other important and imminent regulations – principally those known as MiFID II and Priips in the industry – have been largely decided following lengthy consultation periods. Again there will be reporting requirements to come, but this is preferable to the uncertainty that pervaded while the rules were still under discussion.

That said, there are still a host of other directives and rules that will occupy both administrators and their clients. These include the updated EU data protection directive; new anti-money laundering rules; the money market fund regulation; and margin rules for centrally cleared derivatives.

BNP Paribas Securities Services, for example, has invested in a fintech start-up called Fortia, which provides compliance monitoring for funds.

Other administrators, equally observant of the gathering pace of digital disruption, believe “the industry needs a long-term vision for digital transformation that goes beyond ‘quick wins’ and simply adding the latest technologies to an existing infrastructure”, as cited by Jeff Conway, who is the chief executive officer at custody bank and administrator, State Street. 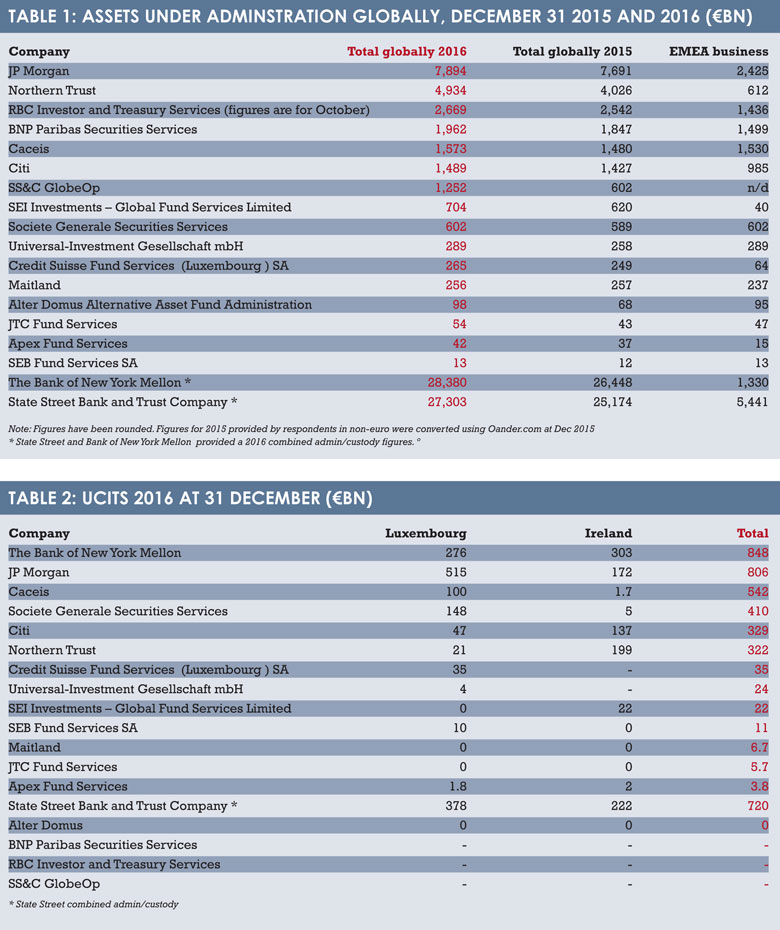 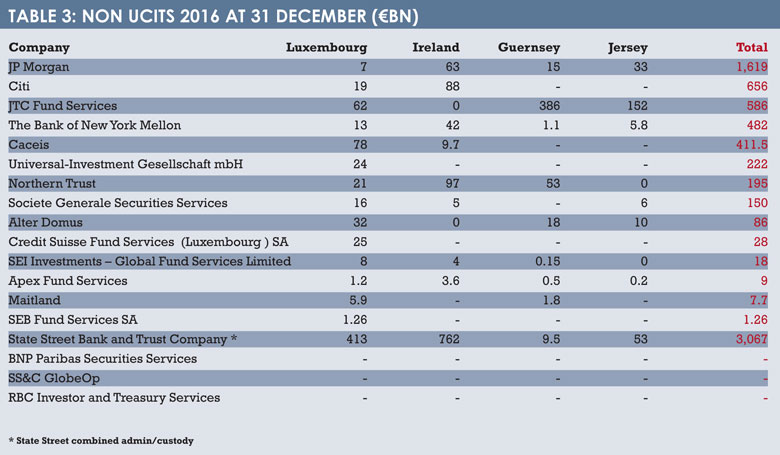 Regardless of administrators’ respective strategies, “fintechs, digitisation and technology are all high priorities”, says Daron Pearce, the regional chief executive of asset servicing at BNY Mellon.

He cites the digital expectations of investors who want to see their funds distributed via social media and access to real-time data through ‘APIs’ – application programming interfaces – and cites the bank’s open-source, cloud-based technology platform as relevant in this.

DOMOCILES DUKE IT OUT
In terms of domiciles, Ireland and Luxembourg continue to duke it out for the title of cross-border fund centre of choice. Both have developed new fund structures, following the so-called ‘manager-led’ trend – the Icav in Ireland and the Raif in Luxembourg.

According to Punit Satsangi, head of business development Emea at SS&C GlobeOp, the firm has seen launches in Ireland outpace launches in Luxembourg, with Icav structures preferred and “no real take-up in the Luxembourg Raif just yet”.

The battle has taken on a new theme in the wake of Brexit, with the possibility of a number of financial institutions relocating their European headquarters out of London.

Dublin has recently lost out to Luxembourg in the insurance market with US giant AIG choosing the latter. In addition, Lloyds has chosen Brussels as its EU base. In both cases, strong regulation was cited as the determining factor.

Both Dublin and Luxembourg are already the established centres for fund servicing, so the migration from the UK may not be as pronounced as in other financial services markets. But there will undoubtedly be an impact of some kind, say administrators.

Brexit, the US election and other global events are the final trends affecting administrators and their clients, many of which have started their Brexit planning and put these plans into action for critical aspects of their programmes, says Sébastien Danloy, chief executive of RBC Investor Services Bank.

However, he adds, “the tangible operational impact of Brexit and regulatory change in the USA remains to be seen”.