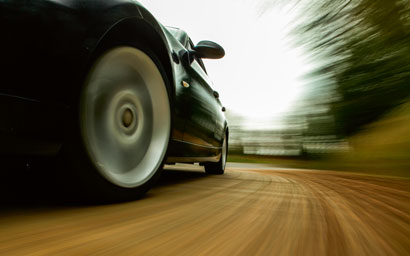 With exchange-traded funds growing faster than hedge funds, Mark Latham looks at the trends that have powered ETF sales in recent months and asks whether fears of a stock market bubble in the US could eventually impact Europe.

Since the global financial crisis kicked off in 2008, Europe’s economy has been stuck in the doldrums, with growth at best anaemic and often teetering on the verges of deflation.

But, while the green shoots of economic recovery finally appear to be taking hold, the long-term sustainability of that growth remains uncertain.

Following record-breaking inflows into ETFs in the first two months of 2017, it looks likely that this year could eclipse the record flows of $390 billion (€365 billion) into ETFs worldwide last year, which brought assets to a record high of $3.55 trillion.

According to the London-based consultancy ETFGI, investors around the world ploughed $131 billion into ETFs in January and February, of which a record $23.4 billion went into European-listed ETFs. If the trend persists, 2017 is set to be another bumper year but could boom eventually turn to bust?

The tearaway success of ETFs is now such that the US regulator, the Securities and Exchange Commission (SEC), is set to launch a major review of the industry as fears grow that the massive flows into ETFs could be increasing financial market volatility.

With ETFs now accounting for 7% of global assets under management, the French financial regulator warned in February that if investors continue to pour money into these vehicles, “sustained vigilance” will be needed during periods of market stress to avoid extreme volatility.

VERY SMALL PORTION
The world’s largest asset manager, BlackRock, denies that the cash pouring into ETFs is contributing towards a potentially unsustainable price bubble in either the US or Europe.

Patrick Mattar, of the iShares capital markets team at BlackRock, says the main driver of markets is investor sentiment. “While the popularity of ETFs is growing rapidly as more and more investors discover their benefits, ETFs are still a very small portion of the vast global stock, bond and commodities market,” he adds.

Paris-based Amundi, one of the largest providers of ETFs that track European stock market indices, started to experience large inflows into its European ETFs in November last year, following European ETF market outflows of €13bn in the first three quarters of the year.

According to Nicolas Fragneau, head of Amundi ETF product specialists, the main driver of investor interest has been the slow but steady recovery in the European economy since last autumn.

“When you look at the main economic indicators, such as GDP growth and unemployment, all the lights have turned to green in Europe in the last few months,” he says.

“From an economic standpoint, the recovery is underway, but whether it strengthens will largely depend on the outcome of the French and German elections later this year.

“Once that concern is lifted and those elections are behind us, there could be a massive rush into European equities.”

While the US is in “bubble territory”, says Fragneau, it is far from clear whether flows into ETFs – which are “just one investment vehicle in the world’s most liquid market” – have contributed to the overheating.

“If there is a bubble, it is either going to deflate slowly or burst. If that were to happen, money currently in the US would be reallocated and, as Europe is currently an attractive area for investors, Europe could experience some of those inflows, some of which would come into ETFs – but I do not think there would be a negative impact on European ETFs.”

Fragneau also points to the example of Japan, where the government is using ETFs as a tool to stimulate the economy.

“The Japanese are confident in the efficiency of ETFs as a vehicle and are not worried about the effect on the market,” he says.

Andrew Walsh, head of UK & Ireland ETF sales at UBS, says there is a sense among investors that “sterling has hit the bottom, worries over eurozone equity markets are over and there is upside now”. As a result, UK investors have been piling money into European ETFs in recent months.

Walsh adds that the trend towards socially responsible investing (SRI) continues apace and that acceptance across the industry is growing that SRI portfolios do not hold back a fund’s performance.

Socially responsible ETFs now account for 6% of UBS’s ETFs, up from 1% five years ago.

“SRI keeps growing strongly,” he says. “Four years ago it was niche and esoteric, but it has now become mainstream and is something that is having a bigger and bigger impact on our business and is increasingly at the forefront of investors’ minds.”

VELOCITY
As the eurozone economy picks up speed, another more recent industry trend has been the moving of cash from futures into European ETFs, according to Antoine Lesné, head of ETF strategy in Europe, Middle East and Africa at SPDR.

SPDR, which is part of State Street Global Advisors, manages $21 billion in European-domiciled ETFs. Since the start of the year to March 17, one of its ETFs, which tracks the MSCI EMU index, enjoyed returns of 5.37%, attracted inflows of €74 million and grew 26% to €377 million.

Lesné claims that the Ucits-compliant fund, which tracks around 240 eurozone stocks, experiences better performance and less volatility because of the broader range and higher number of stocks it tracks, compared with the Euro Stoxx 50 index.

Last month’s elections in the Netherlands appear to indicate that European electors have rejected the swing to the right demonstrated by the Brexit referendum result and, in the US, Donald Trump’s election victory, according to Lesné. “But it will likely be after May’s French presidential elections before we start to see a more sustained level of inflows into European equities.

“We are not out of the woods yet, but we have reached the bottom and since the fourth quarter of last year, we have started to see inflows coming back to the market.”

Lyxor, Societe Generale’s asset management and ETF arm, saw total return growth of 5.05% in euros from the beginning of the year to March 17 for its key ETF, which tracks the Euro Stoxx 50 index (which also rose 5.05% over the same period).

Adam Laird, head of ETF strategy in Northern Europe at Lyxor ETF, says 2017 has seen “one of the best starts to the year on record for ETFs”.

He says he is sceptical of concerns that inflows into ETFs could be fuelling a bubble, as most ETF owners use them as long-term vehicles for asset allocation.

“ETFs might be a vehicle for speculators, but they’re not the cause of speculation,” he says. “We don’t expect many owners to be selling when markets correct.”

Laird adds that the trend towards socially responsible investing in the ETF and passive investment market is becoming more entrenched.

“For many years, there was a belief that investors needed an active manager to evaluate the ethics of investment. We are now at a stage where environmental and social aspects can be monitored by a passive portfolio.

“Passive ethical investing isn’t new – it’s taken hold over the last five years or so in Europe, particularly in France and the Netherlands, which see it as an important option for investors. It’s now spreading in the UK.”

BENCHMARK HIGHS
The belief among industry players that ETFs are not contributing to a stock market bubble is also shared by Mark Weeks, chief executive of ETF Securities, which specialises in gold and commodity ETCs.

According to Weeks it is continuing investor appetite for US equities that has driven recent benchmark highs, not the ETFs themselves. “An ETF is simply a wrapper: a convenient way to invest in a broad array of assets in a transparent and low-cost manner,” he says.

“Interest in the underlying asset, index or strategy is what is driving markets, not the investment vehicle itself, be it an ETF, mutual fund or some other vehicle.”

The Jersey-based firm – which has $22.2 billion of assets under management – last year became the largest-growing asset management firm in Europe, as a combination of ultra-low interest rates and geopolitical risk made gold particularly attractive.

In 2016, the company enjoyed the second-best year in its 12-year history with net inflows of $4.8 billion, of which 70% was into gold, and of which Europe accounted for $4.5 billion.

The firm has attracted a further $1 billion of net inflows so far this year, boosted by strong inflows into industrial metals and equity products such as robotics and cyber stocks.

“The ETF landscape is today more competitive than it has ever been and tougher than in the active space,” says Weeks.