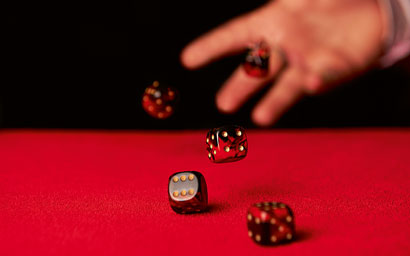 Race day at Hong Kong’s Happy Valley Racecourse is an extravaganza of complex gambling, as punters wager millions on bets such as quartets and quinellas.

When it comes to exchange-traded funds (ETFs), Hong Kong’s investors are equally enamoured with the thrill, and potential reward, of a clever, short-term trade, at least judging by the popularity of two ETF types recently approved for sale in the territory.

Leveraged ETFs, which use derivatives and debt to amplify returns, and inverse ETFs, which allow investors to ‘short’ an index, are, proportionally, more popular in Asia than globally.

But these funds face challenges, both from regulatory scrutiny and from a lack of loyalty among investors, which reveals itself in a scarcity of assets held for the long term.

READY, SET, GO
By approving leveraged and inverse ETFs for sale last year, Hong Kong joined Japan, South Korea and Taiwan in allowing these products to be traded. Around the same time, Singapore also approved the products for sale.

They have grown to be a small but significant part of the region’s ETF mix. At the end of February, there were $7.2 billion in leveraged ETFs and $6.2 billion in inverse ETFs in Asia-Pacific, according to Deutsche Bank’s Asia-Pac Monthly ETF Insights. Together, they account for 4.5% of the roughly $300 billion (€283 billion) invested in exchange-traded products in the region.

That proportion is notably higher than the global average. There were $71 billion in leveraged, inverse and leveraged-inverse ETFs globally at the end of February, according to ETFGI, a data provider, which is equivalent to less than 2% of the roughly $3.8 trillion that is invested in ETFs worldwide.

The eye-catching thing about leveraged ETFs, in particular, is how frequently they are traded. During 2016, leveraged ETFs accounted for nearly half the entire turnover of exchange-traded products in Asia-Pacific, according to Deutsche Bank’s data. This churn means the products are profitable for the brokers who sell them.

The popularity of leveraged and inverse products is a boon, too, for ETF providers, which have struggled to raise assets from retail customers in Asia, where ETFs remain a predominantly institutional product.

DISTRIBUTORS
Perhaps because their domestic industries were quick to launch the products, Taiwanese and Korean managers have been among the leading providers of these fund types in Asia.

Mirae Asset Global Investments and Samsung Asset Management, each based in South Korea, were among the first to list leveraged and inverse ETFs in Hong Kong. Yuanta Securities Investment Trust, of Taiwan, collaborated with local firm E Fund Management on a Hong Kong-listed product.

Yuanta is the largest ETF issuer in Asia, according to a company statement. Julian Liu, president and chief executive, says the firm is considering “further collaboration for developing more leveraged and inverse products in the future”.

Japan, however, which accounts for roughly half of all ETF assets in the Asia-Pacific region, holds a commanding position. Exchange-traded products that track the Nikkei 225 Leveraged Index, for instance, had by far the highest turnover of any index in Asia in February, accounting for nearly $23 billion of turnover, according to the Deutsche Bank data. This figure was more than four times the value associated with the second-placed index.

The popularity of these products could, however, be their downfall, because rapid asset flows attract the attention of regulators.

A cautionary tale comes from the US, where it was announced in June 2016 that Oppenheimer & Co would pay a $2.25 million fine and more than $700,000 in damages to settle charges from a US regulator, the Financial Industry Regulatory Authority. The authority said the firm had sold unsuitable products to about 150 clients. The products in question were leveraged, inverse and leveraged-inverse ETFs.

The message is that as the popularity of these products grows in Asia, fund firms must check that they are not selling the funds to unsuitable investors. (In the Oppenheimer case, the authority found that an 89-year-old customer had lost more than $50,000 by investing in ETFs.)

NO FEE, NO SALE
A more general concern is that regulators may deem widespread use of leveraged ETFs to be a systemic risk. The argument is that the use of debt to amplify trades could destabilise financial markets in times of crisis.

The rapid turnover of these products also destabilises the asset base of the firms that provide them. Leveraged ETFs are typically used for day trading but, to build a lasting asset management business, fund companies want assets that stay put.

Why is it that these kinds of quickly traded products have caught the imagination of Asian retail customers, while steady, long-only ETFs have generally been limited to institutional investors?

It has been suggested that the popularity of leveraged and inverse ETFs reflect an Asian predilection for gambling. Holding periods for all types of mutual funds tend to be shorter in Asia than globally.

But there is another reason why Asian retail investors generally don’t buy long-only ETFs: distributors don’t want to sell them.

The problem is that fund distributors in Asia typically operate to a commission model in which they are incentivised to recommend funds that net them, the distributor, the biggest commission. Low-fee ETFs offer little reward.

“There’s a natural inclination to distribute products with upfront fees and ongoing fees,” says Clarence Chan, head of ETF Asia at BMO Global Asset Management. “That, unfortunately, is the state of distribution here.”

The commission model used to be the norm in many developed markets. However, regulation such as the Retail Distribution Review in the UK and the Markets in Financial Instruments Directive in the European Union has either abolished or curtailed the ability of fund firms to reward distributors with commissions, which are often paid retrospectively in the form of retrocessions.

In both cases, the motive was to prevent conflicts of interest in the provision of financial advice.

If local regulators implemented an RDR-like regime in Asia, retail inflows into ETFs would presumably rise.

However, Chan says such a regime would be opposed by many in the industry. “There will be resistance,” he says.

That impasse is disappointing because ETFs are, in many ways, ideal for retail investors: low-cost, transparent, simple to understand. Many argue they should be the building blocks of pension schemes in the region, such as the Mandatory Provident Fund (MPF) in Hong Kong.

However, in Hong Kong, it is difficult to sell ETFs as part of the MPF, for familiar reasons.

“It’s hard to get an ETF on the MPF because the distributor doesn’t get retrocessions,” says Chan.

FUTURE
The attention given to leveraged and inverse ETFs can give the impression that retail investors in Asia are starting to embrace passive investment tools, but this is misleading.

ETF providers have some way to go before their products are a standard component of individuals’ pension schemes and savings plans.

Regulatory help, notably an RDR-like initiative, could give them a boost.