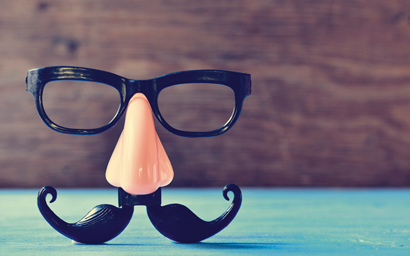 If fund investors are worried closet indexers are overcharging them, do independent directors have a responsibility to take action? Nick Fitzpatrick considers whether they should, or even could.

In principle, independent fund directors are the investor’s voice at the table. So, should they clamp down on closet indexing?

Closet indexers harm pensions savings by charging high fees for lacklustre performance, studies such as those from the True & Fair Campaign in the UK suggest.

“It’s always good to have a representative of the consumer on the board,” says Gina Miller, who runs the campaign and is a co-founder of SCM Private, an investment management firm that creates portfolios out of index trackers. “The problem is, if you are on the board but don’t have access to the right information… it’s difficult to be effective.”

She thinks it should be mandatory for funds to make their portfolios 100% transparent. Typically, funds currently publish their ten largest holdings.

“In the US since 2004/05, all fund holdings are online. You can’t say that’s led to a reduction in closet indexing, but there has to be a connection. There are fewer places to hide.”

Fund managers may worry that full disclosure will lead to portfolio cloning, but Miller says this has not happened in the US.

KNOW-HOW
‘Active share’ is hotly debated as a measure for identifying closet indexers. Firms like Morningstar collate active share data. But even with better disclosure of portfolios and publishing active share scores, the technical knowledge needed to discern closet tracking and confidently accuse funds of it is high. And whereas independent directors in cross-border bastions like Ireland and Luxembourg have a broad range of experience in administration, legal and audit, it may be that their direct investment experience is lacking.

“We are seeing fund groups looking for independent directors who have an expertise in investment management, but they may be more difficult to find,” Jacques Elvinger, of Luxembourg law firm Elvinger Hoss Prussen, told Funds Europe in February. “Ucits funds are using more and more derivatives, and then there are ‘alternative’ Ucits where some strategies can be very complex.”

Independent director Thomas Nummer, who works for Carne Global, a service firm that supplies independent directors, agrees that broader possibilities for fund strategies offered under Ucits, and from the Alternative Investment Fund Managers Directive (AIFMD), have led to an increase in demand for technical knowledge, including investment.

FOLLOW THE RULES
In reality, board responsibilities are more specifically aimed at ensuring rules and regulations are followed. They are not there to criticise portfolio managers’ performance. In theory, a fund manager could underperform to his or her heart’s content, as long as the fund complies with regulations and acts in line with the aims in its prospectus. Most prospectuses will say the fund “seeks” to outperform its index.

But closet indexing is not just about the similarity of a portfolio to its index’s composition; it’s also about fees.

Miller says she has no issues with funds that are close to their benchmark as long as they are not charging high active fees.

Guidance in Ireland stemming from the Irish Funds’ code of governance for funds (see previous article) says directors have responsibility for considering certain strategic decisions, such as the approval of fees. Perhaps this is how independent directors could tackle the closet tracking issue.

But independent directors are almost always outnumbered by internal directors, which would surely make it hard for them to vote fee levels down.