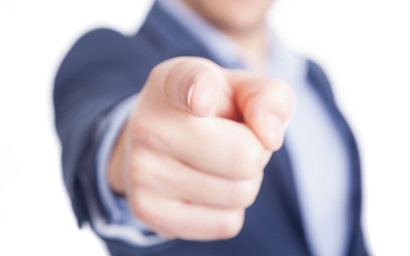 Calastone’s Rob Swan talks about how fund management businesses need and would benefit from greater visibility of clients and distributors.

Few fund managers have ever had a particularly good insight into their distribution chain. Many may have a good view at a nominee level, courtesy of their transfer agents, but only a very small number have any visibility of how their funds are distributed at a sub-nominee/end distributor level. This is by no means a criticism, more a statement of fact in the way in which the industry has worked.

As important as regulation will be, Rob Swan, Managing Director, Data Services, Calastone, believes that fund managers should understand their distribution chain in greater detail regardless. “We have seen a lot of talk around KYC (Know Your Customer) and KYD (Know Your Distributor) but I think this is really about KYB – Know Your Business.”

A greater insight into the distribution chain will give fund managers a far more efficient business with lower cost and risk, he argues. For example, there are a number of global fund managers out there unaware that they are selling funds into countries where they are not registered, simply because the current level of data they receive is only at a nominee level.

“They are using fund platforms but do not have that sub-nominee visibility. They only know that the revenue comes from the platform. And it is only when the regulator comes knocking that they find out there is a compliance breach.”

There is also a cost benefit to be gained from better visibility of the distribution process, says Swan. “There are fund managers distributing via private banks and while they may be 10 to 15 sales people covering a particular country or distributor, the fund manager has no way of knowing where the business is coming from as they are only receiving nominee-level data.

”They are having to pay all the sales people the same level of bonus because they are unable to assign sales to a particular branch and subsequently to an individual sales person. There are global clients out there that are convinced that they could halve their sales teams and still generate the same level of revenue if they had the right data.”

The way in which the industry works has not helped either, says Swan. “Looking back, I have examples of fund managers that when they first agreed terms with a distribution platform were given data options – they could receive nominee-level information for free or else pay extra for sub-nominee-level information. Unsurprisingly they almost exclusively chose the former and things have remained that way ever since.”

REGULATORY CHANGE
Change is afoot, though, with the publication in April of the much anticpated level II measures under MiFID II known as Delegated Acts, and specifically with the measures around Product Governance and Suitability, which place responsibility on fund manufacturers and distributors for the products they sell throughout their entire lifecycle.

For fund manufacturers, it is a big change and a shift in responsibility from a pre-contractual to an oversight obligation. Previously, they simply had to ensure that they provided the correct information every time a product was sold by a distributor. Now they will have to ensure that the product is sold in line with its target market and also continually check that the product remains suitable. This means disclosing any change in the product that may affect its risk levels, such as changing market conditions.

It is a regulatory move that has divided the industry, says Swan. Firstly there are different views among distributors and manufacturers as to the likely impact of the regulations, and indeed differing views within a single fund manager house. Manufacturers are now much more aware of the work that needs to be done to obtain all the relevant data to meet their new responsibilities. While the continual delays in imposing a deadline have not helped MiFID II’s momentum, the majority of managers realise that the latest 12-month postponement is not an excuse to take a year off, but rather a much-needed extension to ensure all the work is done.

Some platforms and other distributors, though, are viewing MiFID II as a revenue-generating opportunity and they anticipate that they will be able to sell their data to fund managers by wrapping them around additional products at a premium. This is unlikely, says Swan. Although the final rules have not been published, every indication has been given that certain data fields will have to be provided for free.

There are also different viewpoints among fund managers, even between managers in the same firm, as to what the MiFID II strategy should be, says Swan. “Some see the need for insight into the distribution chain as a positive, something that can enhance the business, but others are still looking for ways around the rules.”

But Swan is confident that ESMA will not back down on its stance around distribution, considering that it has been such a central feature of the new Directive ever since it was first drafted.

He is also optimistic that a growing number of managers ‘get’ the benefit of using this regulatory change as an opportunity to develop a global distribution tool that can provide benefit beyond mere MiFID compliance. “It means they can have all of the data under one roof in one system and will mean they are able to run a far more efficient business and be that much closer to meeting the inevitable compliance requirements when they are finally agreed.”

Such a realisation among fund managers would be warmly welcomed by Calastone, which has been building its Data Services product for the last two years with the aim of providing fund managers with the detailed insight and transparency into their global distribution chain that they will need.

The tool has three components – first and foremost, it is a global distribution market intelligence tool that allows clients transparency all the way down to the end distributor level. There are two components to this, firstly the client view, which allows a client to have a global view of all of their subscriptions, redemptions and AuM in a single tool split by asset class, country and distributor.

The second part is the market view, which allows them to benchmark against their peers, again by asset class, country and distributor and, finally, it has been designed to meet MiFID II’s Product Governance and Target Market requirements.

“Ultimately, though,” says Swan, “I see MiFID II as being a positive for the fund industry in forcing fund managers to start to have a greater understanding of their distribution chain, which in turn will bring greater efficiencies and will change the fund management landscape for the better.