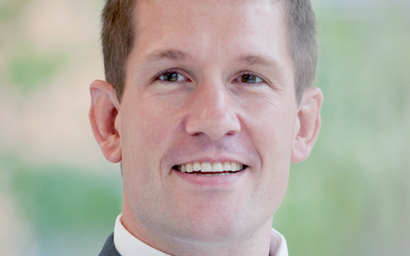 Wealth managers and private banks have tolerated inefficient back office processes for years. It was hoped that the introduction of the Retail Distribution Review (RDR) in 2013 would provide a regulatory spur for the UK market to finally address this outstanding issue but encouraging change has proved harder than first envisaged.

However, the activation of the RDR’s ‘sunset clause’, along with the Financial Conduct Authority’s (FCA) latest Client Assets Sourcebook (CASS) rules, should ensure that the review of post-trade processes and services finally gets the attention it deserves. This is certainly the expectation of service providers like Clearstream that can offer wealth managers and private banks a much more efficient alternative to their current processing set-up.

GREATER TRANSPARENCY
One of the RDR’s primary objectives was to move away from commission-based remuneration in favour of fee-based advice. It has sought to end the use of bundled pricing by service providers and bring more transparency to the breakdown of costs across the different parts of the investment process. So far though, this intention has only been partially enforced. Commission on new retail investment products has been banned since January 2013 but trail commission on pre-RDR assets were allowed to continue, meaning that few wealth managers have made any material changes to their back office and custody arrangements.

But with the RDR’s sunset clause on how platforms are paid for the assets they hold due to take effect on April 6, the much-anticipated change to the market should finally take place, says Neil Wise, Head of Sales and Relationship Management for the Americas, UK, Ireland and Nordics for Investment Fund Services, at Clearstream. “The custodians and platforms selling bundled solutions will be forced to unbundle and this should expose the high cost of third-party processing that so many wealth managers are enduring.”

These costs have been largely hidden from wealth managers due to the charging arrangements they have with platform providers who covered the cost of funds processing by taking a portion of the sales commission paid by the fund promoters. However, closer inspection of these arrangements would often show that the platforms were effectively pricing custody at 25 basis points, a figure closer to 1970 levels rather than the low cost of current day custody.

This is not to say that the platforms are wilfully overcharging, rather that they have some costly and inefficient processes, says Wise. “Although these platforms appear highly automated and efficient, a quick look below the surface reveals highly manual processing hubs. It is this lack of investment into the post-trade arena which is now coming to the fore.”

For example, the automation offered by fund platforms may not extend beyond order routing with many post-trade processes still handled manually, with large teams of staff in processing centres chasing fax, telephone and email communication across the investment value chain between retail investors and fund management companies.

“Efficient alternatives are available in the market that will offer high STP rates across these processing segments,” says Wise. “For example, Clearstream’s Vestima delivers full automation across order placement, DvP settlement and asset servicing from the same platform that we use to support customers’ fixed income, equities, warrants and a range of other instrument types.”

The benefits of this service cannot be expressed simply in terms of cost savings, important though these are. In practice, the risk management benefits may be of even greater significance, says Wise. “The risks presented by a failed settlement or a misprocessed corporate action may be extremely large – resulting in late delivery of funds, sizeable claims or even a potential exclusion from the market. Faced with these risks, it is unthinkable that wealth managers should continue to settle for sub-optimal levels of processing efficiency from their service provider.”

The same applies to fund custody, where many private banks and wealth managers have been happy to offer fund custody themselves – or to avail of fund custody from their platform provider principally because this service is bundled with their wider service package. “By sticking with these arrangements, wealth managers need to question whether they are delivering best value to their investor customers – and are truly offering the highest standards of operational processing expected from financial regulators,” says Wise.

ASSET PROTECTION
Ensuring value for money for end investors is not the sole objective of the FCA. Asset protection is also an increasingly high priority as shown by the changes to the CASS rules. As of June 2015, any firm acting as an intermediary or providing custody or depositary services has to ring-fence clients’ money from the outset.

Such a requirement necessitates a large balance sheet and an operational infrastructure beyond reproach. For large wealth managers that have previously processed their funds in-house, the regulatory changes have made this approach unsustainable and led many to look for a trusted third party with which to partner.

Clearstream’s confirmation by the FCA as a ‘Commercial Settlement System’ (CSS), under Policy Section 14/9, has been a big endorsement of its status as a place of safekeeping for client assets, says Wise, and has proved to be a popular selling point for wealth managers.

For example, Brewin Dolphin, one of the UK’s largest wealth managers, has appointed Clearstream to take on its fund custody business. “The new CASS rules were big drivers for Brewin Dolphin,” says Wise. “Client asset protection were agenda points one, two and three for them, and having spoken to the regulators personally and seeing what their regulatory agenda is looking to achieve, I can very much see why.”

Similarly, Barclays Wealth has also entrusted Clearstream with the custody of its funds business. “Clearstream is an AA rated bank, with robust and proven technology. This, coupled with our FCA status, assures clients that our delivery versus payment third-party fund settlement and processing is optimal for their and their clients’ needs,” says Wise.

Wise is also confident that an increasing number of wealth managers will look to outsource the custody of the alternative products they hold for their institutional clients. At present there is a tendency to use the platforms and supermarkets for the vanilla investment products and keep the more complex funds in-house. “If I was a wealth manager I would be increasingly concerned about having those products in my safe-keeping, processed by my in-house team,” he says. “The staff may be experts in bonds and equities but there are third-party providers out there with a proven capability in processing hedge funds. There’s simply no point in taking such operational risk.”

Some are now recognising the high levels of risk and inefficiency embedded in their existing providers’ custody networks and operational procedures – and they are taking steps to put better arrangements in place.”