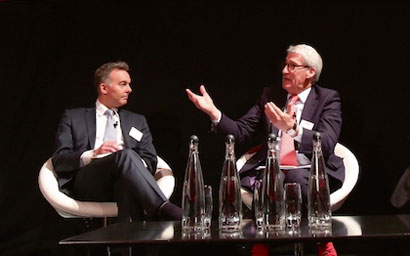 Buoyed by its financial sector’s recent successes, Jersey is ready and willing to build its existing business and expand into new asset classes.

Macro trends of globalisation, digital innovation and population growth will ensure that demand for efficient cross-border fund structuring will persist, with those jurisdictions demonstrating a commitment to high standards and technical expertise, like Jersey, having a real opportunity not only to build existing business but to expand into new asset classes too.

At the event, the audience of funds professionals heard that Jersey has real potential both to build on its strong track record in the real estate and private equity asset classes and diversify further, with alternative assets predicted to grow globally by more than 9% each year to reach £13trn by 2020 (‘A Brave New World’, PwC).

“A key message from this year’s conference was that Jersey is well placed not only to retain its appeal for international fund structuring, but to grow into new areas, such as infrastructure,” said Geoff Cook, CEO, Jersey Finance. “We are already seeing movement in that area, underlining the genuine confidence in Jersey’s platform.”

Figures published last month showed that, as at December 2014, the net asset value of regulated funds under administration in Jersey grew to £228.9bn, an annual increase of 19%. The value of Jersey’s hedge fund business rose by 46%, real estate by 32% (its highest ever level) and private equity by 5%.

Panellists identified hedge funds as a specific growth area for Jersey, following a number of managers choosing to establish a presence in Jersey in recent years.

In particular, a growing role was identified for Jersey as a non-EU European domicile supporting US fund managers, allowing them to access European capital through its private placement regime without the onerous requirements of an AIFMD passport. Currently, a total of 186 Jersey funds and 60 Jersey fund managers are authorised actively to market into EEA countries under private placement regimes.

“Europe remains key, and AIFMD has not turned out to be a barrier to entry to the European market for Jersey at all,” added Geoff. “At the same time, we are seeing more interest from managers in overseas markets, including the US, considering establishing an operation in Jersey. This is an area where we will be focusing greater efforts in the months ahead.”

Global growth in alternative funds is clearly offering Jersey real opportunities, and with the conference highlighting how alternatives increasingly sit at the core of investment portfolios, the future of specialist jurisdictions like Jersey looks very bright indeed.