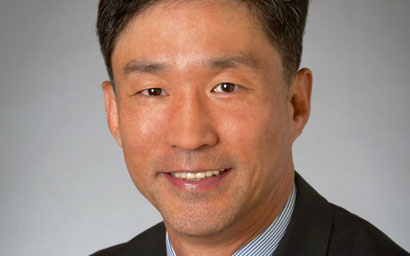 Founded in 1997 in the wake of the Asian currency crisis, Mirae Asset was the first asset management company established in Korea. It is one of the few asset managers from Asia (particularly from outside Japan) to be recognised as an international player.

The firm has an on-the-ground presence in 12 countries across five continents and is poised to expand further in Europe, says Jung Ho Rhee, the Hong Kong chief executive of Mirae Asset Global Investments.

“We are working to expand our exposure and recognition in the European market. We have 14 Ucits funds that we are actively promoting through various wholesale and retail channels,” he says.

A PLAN FOR EUROPE
Rhee says the firm has recently seen a “very strong momentum” in Southern Europe from retail and wholesale investors. “We started in the Nordic area too,” he adds. “We have not yet introduced [Mirae] into France and Benelux, but we are expanding our business to develop into those areas as well, based on our business in the UK.”

While Hong Kong is the firm’s distribution centre in Asia for its Sicav funds, Mirae Asset’s UK office acts as a sub-distributor in European markets, and it is in the UK that further expansion is planned to support the firm in continental Europe. “We are very eager to add more capability here,” notes Rhee.

He says Mirae Asset has seen strong and broad interest from European investors so far. As well as retail investors, this extends to institutional and wholesale clients such as private banks, family offices and independent financial advisers.

While the firm has no plans at present to move investment staff into Europe, there is a drive to grow the sales team. The most recent hire is Olivier Mampouya, who joins Mirae Asset from London-based Wellington Management International.

Its Luxembourg funds have grown rapidly in terms of assets under management (AUM). Rhee says AUM has tripled in the last two years and its Sicav AUM sits at around $1.5 billion. The largest funds are the Asia Sector Leader Equity Fund and the Asia Great Consumer Equity Fund, with $500 million in each.

Some of Mirae’s success in Asian funds has been the result of its on-the-ground investment presence. Rhee says that for an asset management firm to make the most of opportunities in Asia, it must understand the nuances of the different countries there, including the various cultural and religious backgrounds and the range of currencies and languages.

“Our on-the-ground capability to capture names that have long-term sustainable competitiveness is the most important factor in delivering long-term alpha,” he adds. “With this idea in mind, Mirae Asset strove to build unique on-the-ground bottom-up equity capabilities in Asia, especially during the last 10 years.”

Mirae has about 100 investment professionals in Asia, working in locations such as Vietnam, Shanghai, Hong Kong, Korea, Taiwan and India.

As Rhee sees it, the difference between Mirae Asset and other Western firms working in Asia is that across the board, from the senior management to the analysts, all of Mirae Asset’s employees have grown up in Asia, giving them a special understanding of the region. This helps when choosing companies and, Rhee feels, makes the process more repeatable and sustainable.

The landscape in Asia is changing, he says. “Asia is now entering a real stock-pickers’ market [phase]. It is a totally different landscape compared to maybe 10 years ago and especially before the [global] financial crisis.”

REPEAT PERFORMANCE
Rhee adds that the new environment of sub-normal growth is putting an emphasis on quality business models with talented management. This, together with a growing middle-income class in China, India and other parts of Asia, has the potential for great scalability.

He says, however, that strong performance alone does not guarantee that the expansion of the business will be successful, particularly when other Western firms have also built a presence in Asia.

“It’s not just about performance, but repeatability,” he says. “The repeatability comes from how you engineer the investment process to be principle-driven and how you organise new talent with a long term view, in order to catch this trend as Asia becomes a real stock-pickers’ market, with sub-normal growth.”

In the coming years, China in particular is a game-changer, he says. Of course, many Western asset managers would have said this too. But Rhee’s enthusiasm appears to centre mainly on the various Stock Connect projects around Shanghai, Hong Kong and – coming up – in Shenzhen.

APPROVAL
Mirae Asset’s Asian-domiciled funds have now been allowed to buy A-shares, opening up a range of opportunities. The firm is waiting on approval from the Commission de Surveillance du Secteur Financier (CSSF) to permit its Luxembourg-domiciled funds to invest in A-shares as well.

“Our investment professionals are really keen to see more names from Shenzhen as well,” Rhee says. “Shenzhen is one of the most advanced cities in China and can also offer a lot of new industry names, a lot of healthcare names and the internet.

“So if Shenzhen connected, it would be another game-changer for the portfolio managers.”

Ongoing reform initiatives must also be considered. “These are being implemented by several Asian countries, including China, Indonesia and India,” Rhee says.