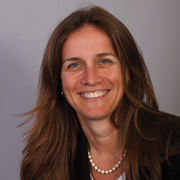 As Investec Asset Management grew from 14 people in a small Cape Town office to a manager with $80bn of AuM, COO Kim McFarland had to face down operational challenges, finds Angele Spiteri Paris.

As the saying goes, behind every great man there’s a great woman and when it comes to Investec Asset Management, this is definitely the case.

Kim McFarland, Investec’s chief operating officer, is the one working behind the scenes to make sure the business runs smoothly.

CEO Hendrik du Toit is a charismatic and bright ambassador for the firm, but it is McFarland’s responsibility to ensure that the day-to-day operations go exactly to plan.

She has been with the firm since its infancy. “The company has been going for 20 years and I’ve been here for 17 of them. I started when there were just 13 or 14 of us in a little office in Cape Town. I lived through all the growth, from the cowboy days of when we started,” she says.

Investec started life in March 1992 with no assets under management (AuM) and still had very little when McFarland joined as chief financial officer in 1993. Now the firm commands around US$80bn (€59bn) in AuM and in terms of operations, is a very different animal, which McFarland had to grapple with.

“Sometimes you want to run the business like it’s still a small ‘mom and pop’ operation and try and do everything in-house. But the business gets to a point where you can’t really do that,” she says.

A vital part of the solution for McFarland came in the form of strong outsourcing agreements. Having been an early adopter of the practice, McFarland keenly understands what she needs from her third party providers and a big part of her role is about managing those relationships effectively.

She says: “I’ve put quite strong partnerships in place with our outsourced providers. Part of my job is making sure that we’re continually aligned and they’re not collapsing because if they collapse, then our business will suffer significantly.”

The main relationship Investec has is with State Street. The bank was first appointed to provide investment operations, global custody and fund accounting services more than seven years ago. This relationship has been ongoing since then and has proved pivotal to Investec’s business.

McFarland explains that the decision to outsource this part of the business was made as Investec was growing and certain elements of its operations became more of a challenge to handle internally.

“It got to a point where I thought, ‘I can keep throwing cost at it or I can look outside and find people I can leverage off of and use their skills. In my opinion, outsourcing was efficient and low cost and it allowed me to manage our risk at the same time.

“The outsourcing agreement gave me the ability to restructure the business internally and make it streamlined and clearer. It helped me draw clear lines as to how the business would operate and how data would be managed within the business as well.”

One of the areas addressed was the company’s technology. “We have a very clear IT structure which I put together at the same time as the outsourcing agreements. This gave me a simpler way of managing people, data and third-party suppliers,” says McFarland.

Cost control
The financial crisis caused quite an earthquake among many asset management firms, but McFarland finds the silver lining. “The crisis was very good for us as a business. We were doing things, maybe a little bit too quickly and the crisis caused us to stop to take a good look at the business.

“It allowed me to deep-dive into understanding the costings of everything we do. The data was there and I could understand all my exposures and the risks associated with them. But the crisis made me stop and understand exactly how much every fund and how much every share class cost me to run,” she says.

What allowed her to get down to such a granular level of detail and understanding was the clearer data structure that emerged after sourcing.

As a result of this exercise, McFarland says, “A lot of inefficiency was cut out of the business. We got rid of a lot of funds and merged a number of them as well. We could do this very easily supported by the fact that the financial figures made the inefficiency evident.”

“It brought a lot of discipline. We now have strict rules around anything new we do. There’s a far more robust procedure, looking at costing and what we need to do,” says McFarland.

She explains why the product development part of the business has to sit with her, in operations. “You can manage and work together with the fund manager and the distribution side. Being in this position

means you can understand the business implications of what you’re doing and are able to cost it properly at the same time. It pulls all three parts of the business closer together,” she says.