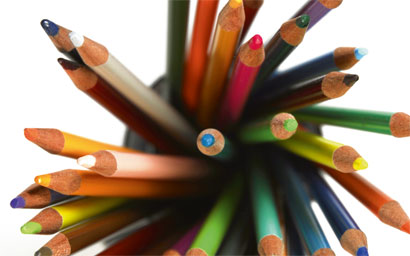 The Strathclyde Pension Fund started investing in private equity 25 years ago, when alternative investments for most funds barely stretched to include quoted small-cap equities, let alone the unquoted and illiquid equities of early-stage companies.

This year – as if demonstrating it is still ahead of the alternative investments curve – the £13.5 billion (€17.8 billion) fund has started making allocations to infrastructure, including a portfolio of renewable energy assets. These will take the firm through the next 25 years, says Richard McIndoe, pensions manager at Strathclyde, which still runs a 10% allocation to private equity.

“We are comfortable making fairly big allocations to illiquid assets,” he says.

THE AIFMD
Since last year, investors have been able to invest with alternative managers regulated by the Alternative Investment Fund Managers Directive (AIFMD). The purpose of the AIFMD is to offer investors a degree of assurance, by forcing greater transparency and other measures on the alternative investment funds that comply with it.

A question now is whether the AIFMD will be the first choice of entry point for European pension funds allocating to alternative assets. The other choices are offshore funds, such as in the Cayman Islands, and the more restricted – some might say watered down – range of alternative investments under Europe’s Ucits regulations, which govern traditional funds.

The answer could be that, in time, the AIFMD channel might be the only choice for investing in less restricted alternative investment funds. This is because there are signs, according to some in the market, that European regulations are making it more difficult to access offshore alternative funds.

Managers with funds offshore that target European investors cannot currently gain the AIFMD marketing privileges, which centre on a passport that allows managers approved by one EU regulator to sell into other EU states. They can gain clients only by marketing under national private placement rules (which are different for each country and may end in 2018) or reverse solicitation, whereby clients approach the manager.

“Some countries have made this very difficult, making it hard for managers to know exactly what to do on a private placement basis,” says Fox. He adds: “Some US hedge fund managers with Cayman funds have openly said at our seminars that French or German institutional investors had, in some cases, told them it was becoming increasingly difficult to stay invested in an offshore alternative fund, even though they liked the manager and strategy. They wanted the manager to create an onshore equivalent fund that they could invest in.”

National private placement or local reverse solicitation arrangements “vary considerably between jurisdictions”, he says. For example, the regime is more flexible in the UK than in Italy, according to Manson. 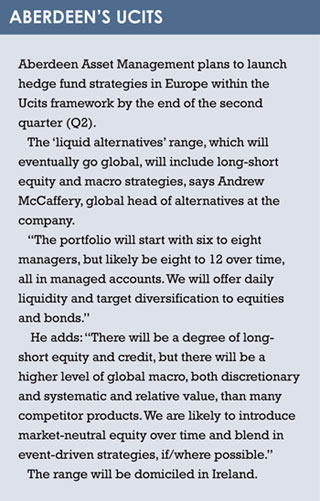 Cyrus Amaria is head of sales in Northern Europe for Lyxor Asset Management, a Paris-based fund management firm with AIFMD status. He says the directive states that national private placement will end in 2018 and that there is a growing consensus that reverse solicitation will face bigger hurdles.

“If a regulator was to see a lot of money going into an offshore fund, it is something we think they would want to know more about – to know how the investor was contacted and how the investor ended up in that fund,” he says.

“It’s going to be harder and harder to convince regulators about reverse solicitation. Regulators will ask if the investor really did pick the fund out from nowhere, and that they requested details of your fund.”

Armaria says many investors from the Netherlands, where the regulator has been “pretty vocal” on hedge funds, are proactively seeking out AIFMD funds.

Faced with a choice between an onshore fund managed by an AIFMD-accredited manager and an offshore equivalent strategy, Amaria says pension funds in Europe would not normally want to go offshore. As reasons, he cites the improved governance of alternative funds under AIFMD and requirements for conflicts of interest management, among other measures.

Consultations are taking place that may extend the passport to offshore funds in domiciles that meet certain EU standards.

The most recent survey to predict increased pension fund allocations to alternatives was in March. The Alternative Investment Management Association (Aima) found many hedge fund managers expect their primary sources of capital to shift in the next five years, from wealthy individuals and families to pension funds.

The survey did not highlight AIFMD as a driver, though Jennifer Wood, head of asset management regulation at Aima, says discussions about AIFMD are occurring.

LIQUID ALTERNATIVES
But investing in alternative funds is not just a choice between the AIFMD environment and offshore. There are, of course, alternative funds sold under the Ucits regime. If investors opted for these, not only would they derive comfort from a respected set of regulations, they could even gain more liquidity.

The Aima survey – Growing up: A New Environment for Hedge Funds, published in March – also anticipates growth of “liquid alternatives” in Europe. These offer weekly or even daily liquidity.

Signposting this trend is one of Europe’s largest asset managers. Aberdeen Asset Management, a part of the FTSE 100, plans to launch a liquid alternatives range in the Ucits framework (see box). This is a significant business development for Aberdeen Solutions, the manager’s alternatives division, which has funds in Ireland, Luxembourg and the Cayman Islands.

Andrew McCaffery, global head of alternatives at Aberdeen, says institutions that look at liquid alternatives are the kind of investors that want regulated vehicles. By definition, they also want liquidity.

“The hedge fund industry is starting to see the growth of liquid products. These are perhaps not old-style, offshore, fully unconstrained hedge fund strategies, but they do offer diversified return streams that can differ from traditional equity and bond return profiles,” he says.

Changes in the pensions landscape, notably the rise of defined contribution (DC) schemes, are a driver.

“The growth of DC relative to [defined benefit] has put the focus on providing liquidity, which is needed in DC and wealth management platforms.”

This anticipated increase in allocations to alternatives is reflected at Strathclyde, where McIndoe indicates that the fund will plough further into alternative investments. “Quoted equities have been the dominant thrust of our investment strategy and that probably will remain the case,” he says. “But we are maturing as a fund and looking to reduce equities. Traditionally, that means buying bonds, but no one wants to buy bonds in this environment, so we are looking at other things.”

At present, McIndoe is not committed to one or the other structure. Nevertheless, pension funds in Europe have a wider choice of structures for alternative investment than Strathclyde did 25 years ago, at least for the time being.