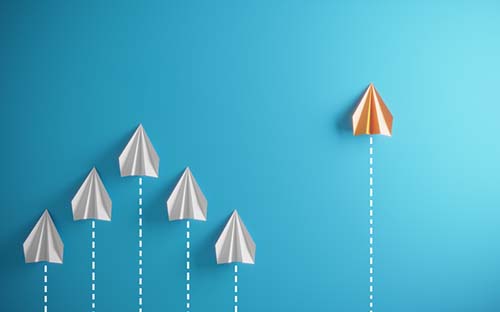 When it came to assessing the types of organisations that will drive demand for alternatives in future, the results were less evenly dispersed (fig 6).

Family offices (52%), sovereign wealth funds (47%), pension funds (47%) and wealth managers (45%) were marked out as the highest drivers of demand, while asset managers and insurance companies were cited by 38% of respondents separately.

It is hardly surprising that the US leads the pack, considering its long dominance in the investment management sector. At the same time, Asia is seen as a growth market for investments in what has been dubbed “the Asian century”.

“The longstanding business-friendly mindset has resulted in the US amassing around 50% of the global investment management AuM, estimated to be circa $50 trillion (€44 trillion), and that is expected to grow as the Trump administration reduces regulation and attracts external and internal investment,” commented Ben Honeywood, director of the private equity group at KPMG Channel Islands.

“The reliance on private healthcare and the number of high-quality research institutions means the US healthcare and life-sciences industries will be net beneficiaries of the global response to Covid-19.

“The US remains the global centre for technology, which is another sector expected to surge as a result of the current pandemic as we all get used to a new reality.”

At the same time, Asia’s GDP will surpass the rest of the world combined by 2030 and is expected to contribute a roughly 60% share of global growth, according to the WEF. The consensus view is that China and India will be key drivers of this growth.

“Asia is the fastest growth location of private equity investment, with the emergence of middle-class consumers and development of regulation and infrastructure in countries previously more appropriately described as emerging, rather than developed,” said Honeywood.

“Asia continues to have an abundance of assets which are exposed to high growth economies and whilst this is not without risk, it has the potential to result in low pricing and offer strong returns.

“Private equity remains immature in Asia compared to the West, with several US and European managers establishing Asian strategies and operations to gain an exposure to the relative untapped potential.”

He added: “Asia has also fared significantly better than Europe and the US in its response to Covid-19, which may make the recovery faster and further increase the attractiveness of investors.”

It’s worth taking note of the optimistic view of Chinese investor demand, with 45% of respondents expecting high demand in the world’s second-largest economy.

The opening up of China’s onshore markets to the outside world was a major theme of 2019 and, in terms of significance, akin to – indeed, a natural extension of – its inclusion into the World Trade Organization in 2001.

Much uncertainty surrounds the UK’s future relationship with the EU following its departure from the bloc and in 2018, the net value of foreign direct investment into the country dropped to £49.3 billion, according to the House of Commons Library. It had been £80.6 billion in 2017.

Notably, the US was the largest UK investor, accounting for 80% of all inward investment, followed by the Channel Islands.

Despite the choppy waters, investors still anticipate high demand in the UK. “Notwithstanding Brexit and a severe Covid-19 impact, the UK remains a key location of interest for investment,” said Honeywood. “London remains the financial centre of global trade and whilst much of this is a conduit, in addition to investment directly into the UK economy and assets, remains critical for fund and investment structuring now and in the future.”

But while there’s a fair amount of optimism about the UK’s future, the survey also reveals a measure of scepticism – indeed, 12% of respondents said they expected low investment demand there, putting it in the same bracket as the Middle East.

The winners in this regard were Asia (ex-China), where absolutely no one anticipated low demand, the US (2%) and China (3%).

Turning to Europe, 38% of respondents said they expected high investment demand from the region. This places those domiciles that can deliver a robust, straightforward and transparent approach to EU market access in a good position.

“We’ve seen the number of managers using Jersey’s private placement regime to market to the EU rise consistently year-on-year, and the reason for that is because it works, it’s tried and tested and it’s cost-effective,” said Jersey Finance’s Refson.

“At the same time, the tax-transparent approach works globally too, meaning that Jersey structures have the flexibility to also market to other geographies. It all comes down to certainty again – investors like that.”